A U.S. Coast Guard helicopter aircrew helped deputies in South Texas round up a group of Central American migrants being smuggled into the U.S. The apprehensions took place near Robstown, Texas, approximately 130 miles north of the Texas-Mexico border.

It’s not unusual to see the United States Coast Guard patrolling coastal waters along the Texas Gulf Coast. On Friday however, the Coast Guard deployed an aircrew to help local law enforcement agents to thwart an ongoing human smuggling event near Robstown in Nueces County. 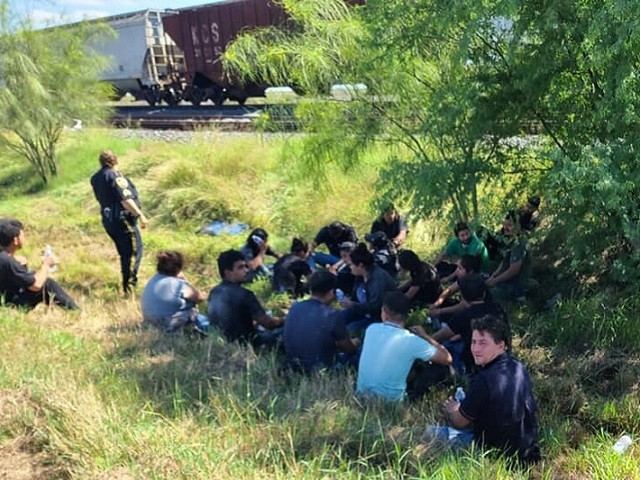 The incident turned into a human trafficking event when two more migrants arrived in a blue Chevrolet SUV, to transport the larger group farther inland. Police arrested the two smugglers and impounded their vehicle.

Incidents involving human traffickers in the area have become a common occurrence.

On Sunday, local deputies stopped a vehicle for a traffic violation in the county and discovered five migrants being smuggled. In the latest incident, the driver and passenger were arrested for smuggling of persons and possession of cocaine and methamphetamine.

One of the two smugglers arrested was accompanied by a 13-year-old daughter. The child was turned over to state child protection services personnel. As reported by Breitbart Texas, the impacts of human trafficking are being felt miles from the border as the volume of migrant trafficking is overwhelming authorities in the border region.

As Border Patrol agents are overwhelmed with processing and caring for thousands of migrants in their custody, much of the work in securing the nation’s borders is being passed along to state and local law enforcement authorities.

As the crisis worsens, DHS called upon the Coast Guard to move from their traditional mission and assist CBP and ICE in transporting migrants from the immediate border area to other locations for processing and in some cases release into the United States. In September, U.S. Coast Guard aircraft were deployed to Del Rio, Texas to assist in moving mostly Haitian migrants from a makeshift detention camp under the city’s international bridge.