The Department of Homeland Security plans to terminate all remaining border wall projects in the Border Patrol’s Laredo and Rio Grande Valley Sectors. The projects have been paused since January as the agency pondered a final determination to cancel the projects or allow some to continue. The decision brings finality to all remaining projects in South Texas.

In the Friday announcement, DHS will begin initial preparations to conduct environmental site work and stakeholder outreach on other Congressionally approved border wall projects that the administration cannot cancel unilaterally. The administration promises not to construct any new border barrier systems or execute permanent land acquisition related to these projects. 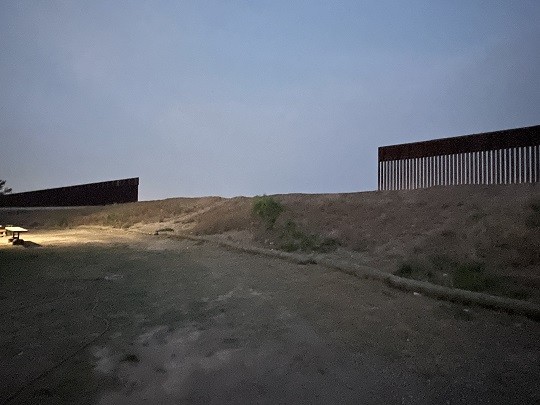 According to the statement:

Environmental planning activities will cover projects funded with DHS’s Fiscal Year 2018-2021 barrier system appropriations where construction had not started.  These activities include additional biological, cultural, and natural resource surveys for project areas where no data have been previously collected. CBP will also conduct comprehensive and targeted outreach with interested stakeholders, including impacted landowners, tribes, state and local elected officials, and federal agencies.

These activities will not involve any construction of new border barrier or permanent land acquisition.

The Biden administration is calling for Congress to cancel the remaining border wall funding appropriated during the Trump administration and instead fund “smarter border security measures,” such as technology and modernization of land ports of entry. Unless Congress cancels the funding, the administration is obligated to exhaust the appropriated funds towards the border barrier projects already funded.

As reported by Breitbart Texas, nearly $6 million per day was exhausted on the paused border wall projects along the southwest border. The money was spent on materials, idled equipment, and make-safe job site activities. The 60-day pause to reach a final determination on the projects, initiated immediately after President Joe Biden took office, has lingered on for nearly nine months at significant expense to the taxpayer.

The administration, obligated to pursue previously funded border barrier projects, will likely slow-roll the environmental process and stakeholder engagement efforts. This delay will likely add to the cost borne by taxpayer projects the current administration has no intention of completing.