A Mexican federal prosecutor is under investigation for allegedly botching an investigation that led to the release of two drug suspects arrested with more than 220 pounds of cocaine and weapons in the border state of Nuevo Leon.

Breitbart Texas consulted with U.S. law enforcement sources operating in Mexico who revealed that Ministerial Agent Orlando Benavides Brito is under investigation for botching the investigation into a drug seizure. The botched investigation led a judge to order the release of the drug suspects. Benavidez Brito and some of the members of his team could face prison time on corruption charges when that investigation concludes.

The case began in late August, when Mexican federal agents raided a ranch (finca) near the town of Allende, Nuevo Leon, according to the information in case file FED/NL/ESC/0001434/2021. As a result of that raid, authorities seized 220 pounds of cocaine, some weapons, and five vehicles including an armored SUV. The vehicles had Nuevo Leon and Tamaulipas license plates. Soon after the raid, Mexico’s Attorney General’s Office released a statement. However, just days after the raid, the two drug dealers that had been arrested during the raid were released over the botched investigation. Mexico’s FGR did not release any information about that development. 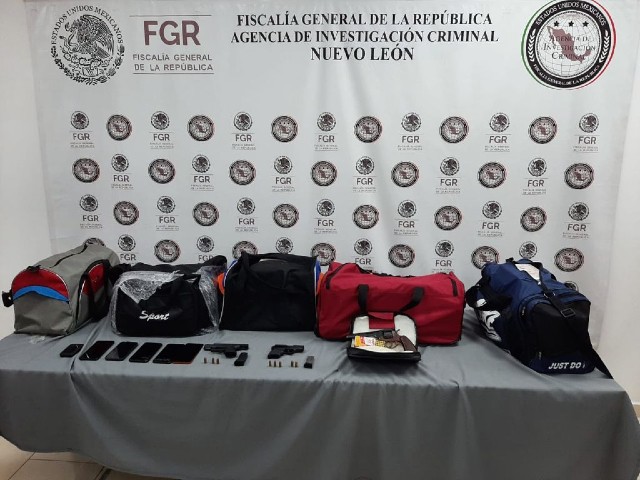 Breitbart Texas met with U.S. law enforcement sources operating in Mexico and obtained exclusive information about the initial raid and some of the details of a subsequent investigation into the case that revealed how two drug dealers were able to avoid criminal charges in the case.

The information revealed that the ranch is owned by 32-year-old Carlos Adrián Elizondo Quiroga, who authorities arrested along with Martín Omar Lozano Quiroga during the raid. The arrest of the two men and their subsequent release sparked an investigation by a special organized crime division within the FGR known as FEMDO. Initially, authorities arrested Elizondo Quiroga at the property where they also seized the drugs and Lozano Quiroga at a nearby rest stop along the highway.

After the raid, Benavidez Brito and his men held the two suspects longer than the term allowed by law before taking them before a judge, thus allowing for their immediate release upon dismissal of the charges. As part of the corruption investigation, Mexican federal authorities also requested statements and information from Angélica Lucio Rosales, the judge who ordered the release of the two drug suspects. The U.S. law enforcement sources also revealed that Lucio Rosales is on their radar for other questionable legal decisions.

In 2019, Lucio was singled out by state government of Coahuila for ordering the release of three men from Michoacan who were smuggling 19 tactical rifles in the gas tank of a truck, while driving along the Saltillo-Zacatecas highway. In that case, Lucio alleged legal technicalities in the investigation as a reason for dismissing the charges. Other cases sparked the interest of the sources consulted by Breitbart.

Ildefonso Ortiz is an award-winning journalist with Breitbart Texas. He co-founded Breitbart Texas’ Cartel Chronicles project with Brandon Darby and senior Breitbart management. You can follow him on Twitter and on Facebook. He can be contacted at Iortiz@breitbart.com.

Brandon Darby is the managing director and editor-in-chief of Breitbart Texas. He co-founded Breitbart Texas’ Cartel Chronicles project with Ildefonso Ortiz and senior Breitbart management. Follow him on Twitter and Facebook. He can be contacted at bdarby@breitbart.com.

Gerald “Tony” Aranda is an international journalist with more than 20 years of experience working in high-risk areas for print and broadcast news outlets investigating organized crime, corruption, and drug trafficking in the U.S. and Mexico.  In 2016, Gerald took up the pseudonym of “Tony” when he joined Breitbart Texas’ Cartel Chronicles project. Since then, he has come out of the shadows and become a contributing writer for Breitbart Texas.