Texas Department of Public Safety Southern Region Director Victor Escalon told Governor Abbott the efforts by troopers and National Guardsmen stopped the flow of migrants across the Rio Grande into Del Rio. This enabled the Department of Homeland Security to remove enough migrants to decrease the population of the migrant camp under the international bridge. 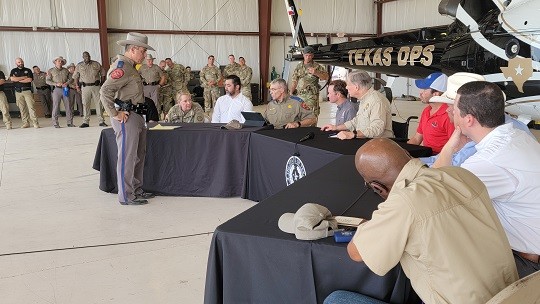 Escalon said the population is currently estimated to be 9,137 as of Tuesday morning. This consists of approximately 6,728 family units, 1,579 single adult males, 493 single adult females, and 337 males with a pregnant spouse.

Escalon told the governor his deployment of resources secured the weir dam that was the scene of the massive crossings that brought the camp’s population to more than 15,000 over the weekend. Troopers and guardsmen also secured the upriver portions of the Rio Grande west of Del Rio.

The next move, the director said, was for troopers to shut down crossings downstream from the encampment.

DHS officials told Breitbart Texas on Tuesday morning that their agency conducted three repatriation flights from Del Rio to Port-au-Prince, Haiti, on Sunday. Those flights, carried out under Title 42 coronavirus protection protocols implemented by the Centers for Disease Control and Prevention under the Trump administration, removed a total of 327 Haitian nationals. 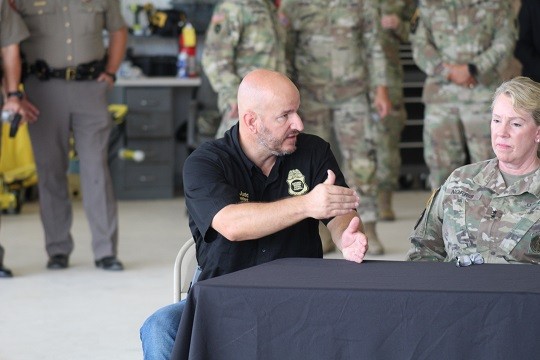