Texas Department of Public Safety Trooper Chad Walker remains on life support until he can share a final gift of life by the donation of his organs. Walker sustained serious wounds on Friday night as he stopped to help a stranded motorist. The motorist shot him multiple times through the windshield before fleeing on foot and eventually taking his own life.

After extensive life-saving efforts conducted by the [Baylor Scott & White Hospital] medical professionals, it has been determined that Trooper Chad Walker no longer displays signs of viable brain activity and he remains on life-support until he can share the gift of life as an organ donor,” Texas Department of Public Safety (DPS) officials tweeted Monday afternoon. “This final sacrifice embodies Trooper Walker’s actions throughout his life and service as a Texas Highway Patrol Trooper. The Walker family is grateful for the continued support and prayers as they remain at Chad’s side.”

This final sacrifice embodies Trooper Walker’s actions throughout his life and service as a Texas Highway Patrol Trooper. The Walker family is grateful for the continued support and prayers as they remain at Chad’s side. (2/2)

“Before Trooper Walker could stop his patrol unit, a black male, identified as DeArthur Pinson Jr., immediately emerged from the driver’s seat of the disabled vehicle armed with a handgun and fired multiple rounds at Trooper Walker through the patrol unit’s windshield,” the association posted on Facebook. 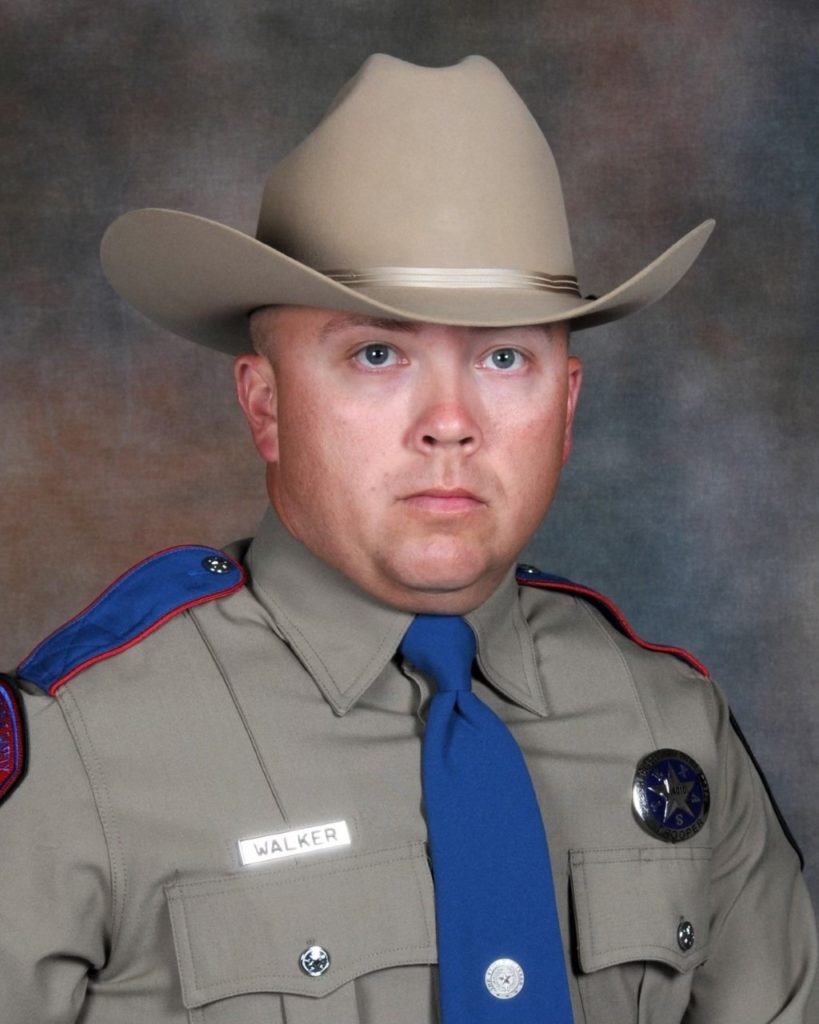 Pinson would later be found dead in the woods not far from the shooting location, KWTX reported.

Trooper Walker was a six-year veteran of the Texas Department of Public Safety. He leaves behind a wife and three children, ages 15, 7, and two months.

KWTX reports the residents of Limestone County rallied to the family of Trooper Walker. The local CBS affiliate reported:

On the last night of the Limestone County Fair, bids on rabbits entered by one of Walker’s daughters soared from a bid of $7,000 to nearly $100,000.

“The add-ons poured in from not only buyers but also the community members who were in attendance, and they continue to be sent in,” organizers said in a post online.