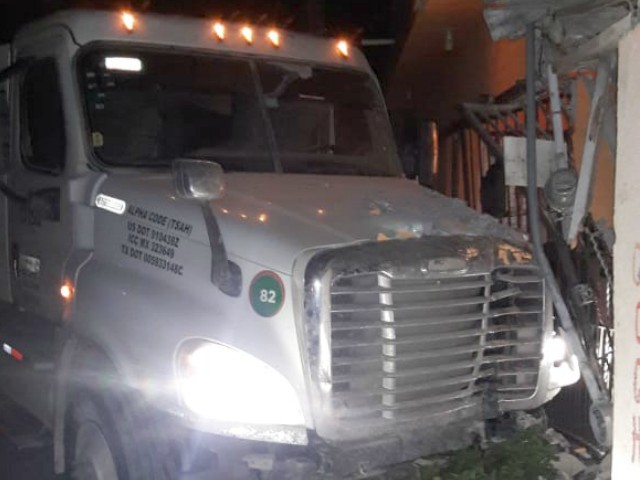 The arrest took place on Friday shortly after 11:10 p.m. when authorities received a call about a man using a tractor-trailer to knock down security cameras in the Esfuerzo Nacional neighborhood, according to information provided to Breitbart Texas by Tamaulipas authorities. A squad of Tamaulipas state police officers responded to the scene and attempted to arrest the truck driver. 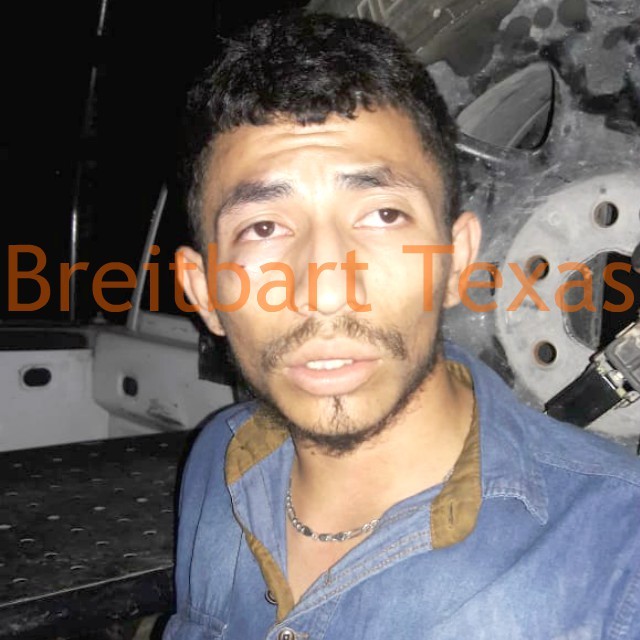 The driver, later identified as 20-year-old Julian Miranda, used the truck in an attempt to ram the vehicles driven by police officers as he tried to escape. After a short chase, Miranda lost control of the vehicle and crashed into a home, police officers arrested him before he could drive off again. 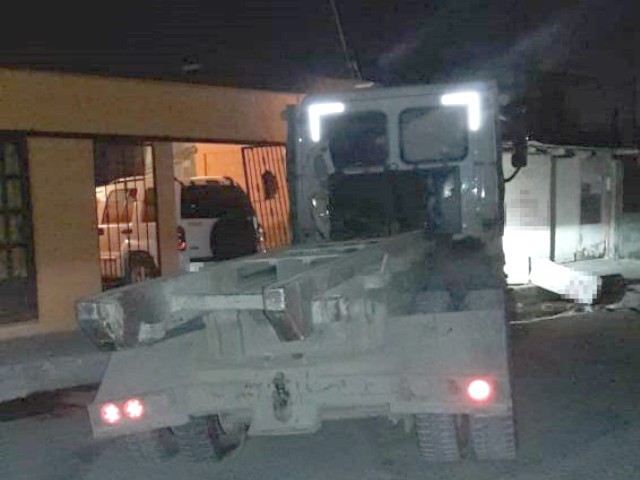 The arrest comes just days after several members of the Gulf Cartel carried out a coordinated effort to knock down surveillance cameras throughout Reynosa, Breitbart Texas reported.  The knocking down of cameras by Gulf Cartel operators is a long-standing practice by the criminal organization in Reynosa. Cartel operators also set up their own network of clandestine cameras to keep tabs on police and military forces. When authorities discover such cameras, they seize them. In a similar fashion, cartel operators knock down police cameras in an attempt to blind them.

Editor’s Note: Breitbart Texas traveled to the Mexican States of Tamaulipas, Coahuila, and Nuevo León to recruit citizen journalists willing to risk their lives and expose the cartels silencing their communities.  The writers would face certain death at the hands of the various cartels that operate in those areas including the Gulf Cartel and Los Zetas if a pseudonym were not used. Breitbart Texas’ Cartel Chronicles are published in both English and in their original Spanish. This article was written by “J.C. Sanchez” from Tamaulipas.