REYNOSA, Tamaulipas – The Gulf Cartel faction that operates in the border city of Reynosa carried out a series of coordinated actions aimed at disrupting the surveillance cameras set up by state authorities. Using SUV and carjacked cargo vehicles, cartel operators knocked down several light poles being used to hold up police cameras. 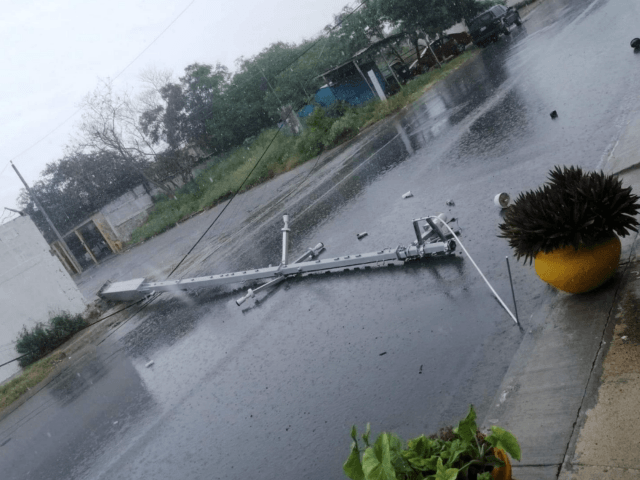 The incidents began on Tuesday morning and continued into Wednesday evening as cartel operators knocked down close to a dozen surveillance cameras in various parts of the city. Law enforcement sources consulted by Breitbart Texas revealed that the attacks come as a response to a series of raids by a special forces police unit. The raids netted several important seizures and forced several cartel commanders to go on the run. 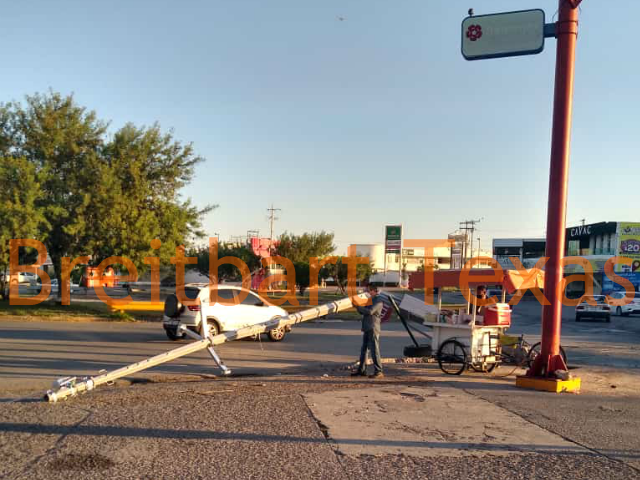 As Breitbart Texas has reported, in Reynosa, Gulf Cartel operators set up their own clandestine network of surveillance cameras that provide the criminal organization with information about the movements of law enforcement and military forces in the region. When authorities discover such cameras, they remove them, in a similar fashion, cartel operators have in the past knocked down police surveillance cameras. 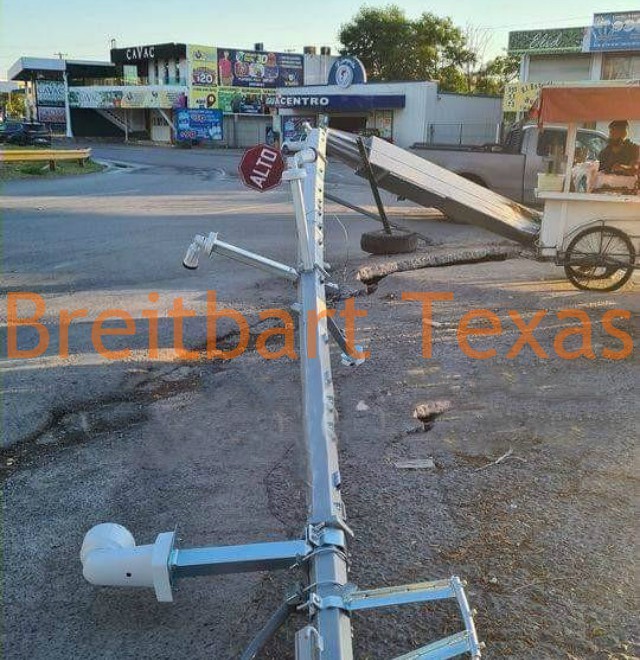 The tactic comes just days before Mexico’s President Andres Manuel Lopez Obrador is expected to visit Reynosa. The border city is considered a bastion of the Gulf Cartel and sees large scale gun battles in a regular fashion. In contrast, home Lopez Obrador is widely criticized for his perceived soft approach in fighting drug cartels while previously claiming that the war on drugs was over.

Editor’s Note: Breitbart Texas traveled to the Mexican States of Tamaulipas, Coahuila, and Nuevo León to recruit citizen journalists willing to risk their lives and expose the cartels silencing their communities.  The writers would face certain death at the hands of the various cartels that operate in those areas including the Gulf Cartel and Los Zetas if a pseudonym were not used. Breitbart Texas’ Cartel Chronicles are published in both English and in their original Spanish. This article was written by “A.C. Del Angel” and “J.C. Sanchez” from Tamaulipas