Drug seizures jumped 50 percent in June under the combined efforts of U.S. Customs and Border Protection’s officers and agents. Included in these is a nearly 70 percent increase in cocaine and a 151 percent rise in fentanyl.

Seizures increased 50 percent from May to June, according to information released by CBP officials. Seizures of methamphetamine (including crystal and liquid forms) decreased 15 percent. Marijuana increased by 66 percent.

This latest data provides insights into the monthly output of the Mexican cartel clandestine laboratories in the manufacturing of controlled substances. 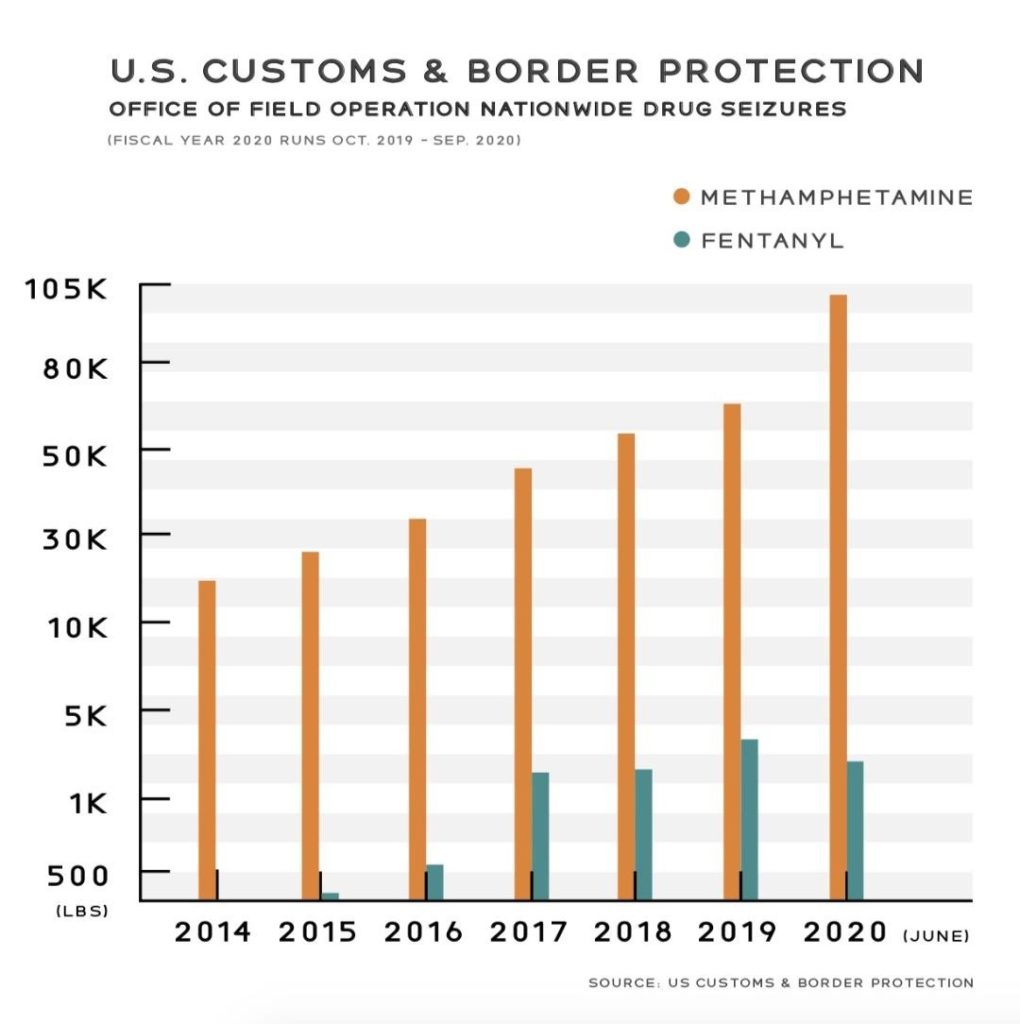 In late 2019, Breitbart Texas received information from sources within the cartels that the Sinaloa and Jalisco New Generation (CJNG) outfits would be increasing output from their labs in the following months. In January of the fiscal year 2020, the sources were validated by CBP seizure data.

As COVID-19 spread, global shipping and transportation logistics and even the criminal underworld were impacted. Some high-profile outlets reported that COVID-19 could very well be what puts the Mexican cartels out of business.

U.S. domestic drug dealers continue to have issues obtaining product. The farther you get from the southwest border, the greater the strain on transportation networks. What most did not differentiate is how the smaller cartels and independent smugglers in Mexico operate in leaner fashions to get wares to market.

The two largest cartels, Sinaloa and CJNG, continued to manufacture methamphetamine and fentanyl at higher quantities than ever before. Chemical precursors are ordered in bulk from Chinese contacts in Mexico. They are delivered via large cargo container ships to ports like Manzanillo, Lazaro Cardenas, Veracruz, and Ensenada.

The Sinaloa Cartel began changing the analogs in the fentanyl manufacturing process as far back as 2018. This would allow for different chemicals to be utilized to help cut out the Chinese suppliers. The cartels began hiring chemistry professors from Mexican universities.

There are still three months left before the end of the current fiscal year. If the seizure numbers stay steady, methamphetamine could reach as high as 130,000 pounds–more than double the 2019 record.

Jaeson Jones is a retired Captain from the Texas Department of Public Safety’s Intelligence and Counterterrorism Division and a Breitbart Texas contributor. While on duty, he managed daily operations for the Texas Rangers Border Security Operations Center.