REYNOSA, Tamaulipas – A fierce shootout that killed at least two gunmen in the border city of Reynosa led to several parents rushing to local schools to pull their children out of class. The parents feared the violence could spread further. Unofficial accounts by neighbors point to a much higher death toll.

The shootout took place on Friday morning in the eastern part of Reynosa in the Lucio Blanco neighborhood. It spread to various other areas. The shootout between rival cartel factions quickly turned into a series of rolling gun battles. Several carjackings occurred as cartel gunmen used cars and trucks to block off key avenues in an attempt to keep law enforcement and military forces out of the area where the fighting took place. 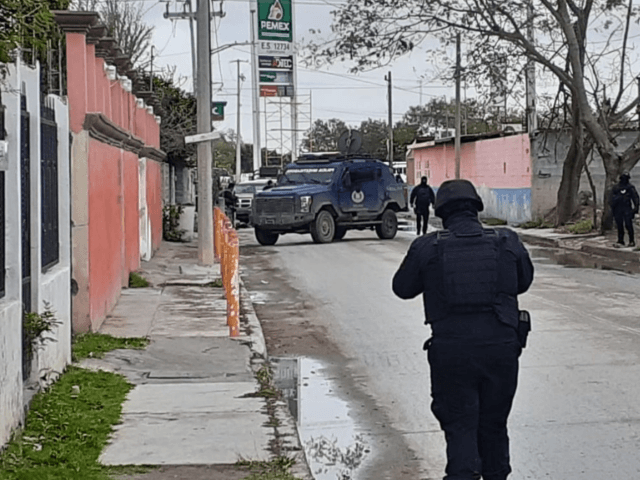 Amid the shootouts and the fear of further violence, several parents rushed to a middle school and an elementary school in the area to pull their children out and take them home. As Breitbart Texas has reported, cartel gunmen have run inside schools in the past in an attempt to shake off law enforcement. 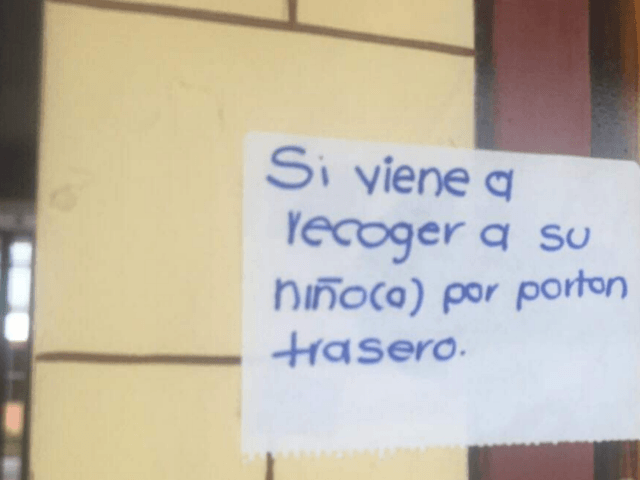 A makeshift sign placed outside a school in Reynosa after a shootout, telling parents to use the back entrance to pick up their children.

In addition to the blockades, cartel gunmen threw hundreds of road spikes in an attempt to create traffic jams and slow down law enforcement. Tamaulipas state authorities responded to the scene and clashed with a group of gunmen killing two of them in the Villa Esmeralda neighborhood. 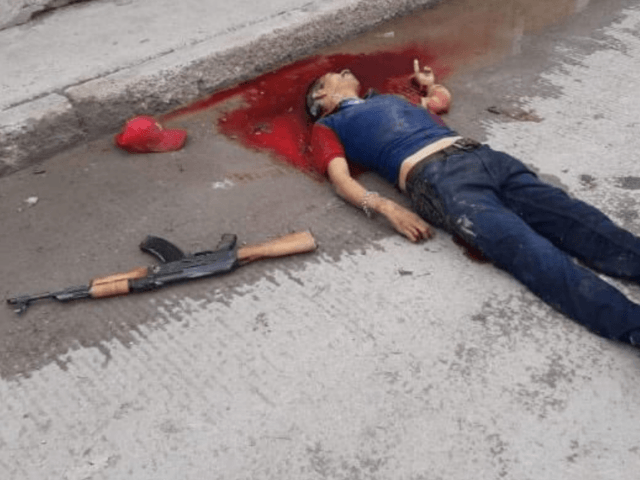 However, unofficial accounts from residents point to as many as ten gunmen being killed and their bodies being carried away by cartel gunmen. Law enforcement sources have only confirmed the two gunmen that died in the clash with police. 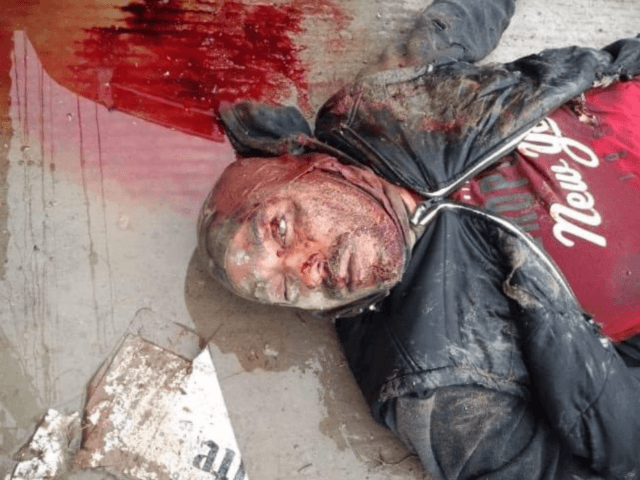 The eastern part of Reynosa, where the shootings took place, became an area of intense fighting in recent weeks as rival factions of the Gulf Cartel continue to wrestle for control. The faction that controls Reynosa known as Los Metros has been trying to hold on to their turf in the east as the Matamoros faction known as Escorpiones continues to send strike teams. In recent months, the Escorpiones managed to take full control of the border city of Rio Bravo, just south of Donna, Texas, and now use the region as a staging area as they push west into Reynosa.

Editor’s Note: Breitbart Texas traveled to the Mexican States of Tamaulipas, Coahuila, and Nuevo León to recruit citizen journalists willing to risk their lives and expose the cartels silencing their communities.  The writers would face certain death at the hands of the various cartels that operate in those areas including the Gulf Cartel and Los Zetas if a pseudonym were not used. Breitbart Texas’ Cartel Chronicles are published in both English and in their original Spanish. This article was written by “A.C. Del Angel” from Tamaulipas.