MIGUEL ALEMAN, Tamaulipas – The graphic murder of a man described as an accountant for the Gulf Cartel points to a reigniting of violence within the ranks of the faction known as Los Metros. Cartel gunmen videoed the gruesome murder and then shared it on social media as a warning to their rivals within the same cartel.

While no bodies have been recovered by authorities, it is believed the murders took place over the weekend when Gulf Cartel gunmen, working under a man known only as Comandante Pezon, kidnapped and murdered the criminal organization’s money man in Miguel Aleman. The incident occurred immediately south of Roma, Texas.  The cartel gunmen videoed the grisly murder of the accountant known only as “Gordo Sexy,” or Fat Sexy,” and then leaked it to social media with a series of threats that point to an apparent rift within the faction of the Gulf Cartel known as Los Metros.

As Breitbart News reported, Los Metros, from the border city of Reynosa (south of McAllen), have been fighting against a rival faction known as Escorpiones, or Ciclones, from Matamoros (south of Brownsville) over drug and human smuggling territories. The fighting between the two factions led to hundreds of murders and fierce gun battles. The fighting now appears to be taking a different turn as various commanders within Los Metros appear to be engaging in an internal fight for control.

Mexican law enforcement sources revealed to Breitbart News that the man known as Gordo Sexy was a close associate of Bartolo Rodarte Castillo better known as “El Primito” or “Little Cousin” — the current head of Los Metros in the Miguel Aleman and Reynosa area. The murder of his accountant points to a rift between Pezon and Primito that is expected to trigger additional violence. 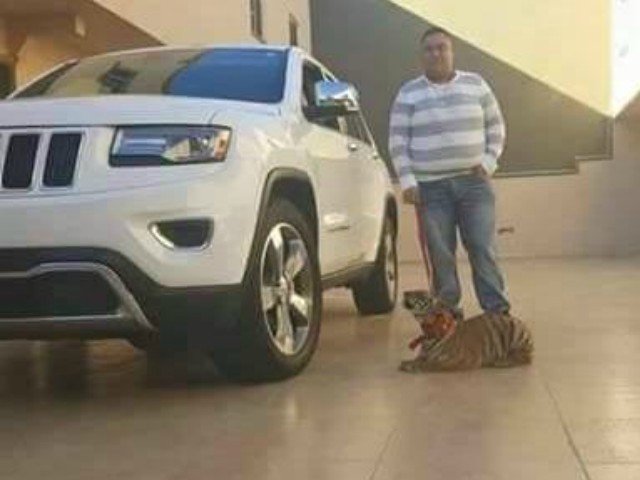 Editor’s Note: Breitbart News traveled to the Mexican States of Tamaulipas, Coahuila, and Nuevo León to recruit citizen journalists willing to risk their lives and expose the cartels silencing their communities.  The writers would face certain death at the hands of the various cartels that operate in those areas including the Gulf Cartel and Los Zetas if a pseudonym were not used. Breitbart Texas’ Cartel Chronicles are published in both English and in their original Spanish. This article was written by “A.C. Del Angel” from Tamaulipas.