U.S. Rep. Chip Roy (R-TX) told Breitbart News Sunday it is time to recognize that certain Mexican cartel factions are a terrorist threat to the United States. His interview follows a letter sent to the U.S. Secretary of State requesting the designation of specific cartel factions as Foreign Terrorist Organizations (FTO).

Congressmen Roy and Mark Green (R-TN) wrote a letter to U.S. Secretary of State Mike Pompeo requesting that the State Department designate the Reynosa/Los Metros faction of the Gulf Cartel, the Cartel Del Noreste faction of Los Zetas, and the Jalisco New Generation Cartel offshoot of the Sinaloa Cartel be designated as FTOs because of their actions in Mexico and their threat to the health and safety of U.S. citizens. “They threaten the stability of governments across the globe,” the Congressmen wrote. “Even the United Nation’s Security Council has recognized the clear link between drug trafficking and terrorism.”

“We know that the dangerous fentanyl and heroin that is flowing through our border between the ports of entry and at the ports of entry as well as the people who are being put in stash houses, being held hostage, paying ransom back to the cartels that all of this is endangering us significantly.” Roy told Amanda House during an interview broadcast on Breitbart News Sunday. “The gangs that are now growing in Texas and throughout the country are doing so in part due to the connection to the cartels.”

“So, it is past time for us to recognize that they are a terrorist threat to the United States,” the Congressman from Texas stated.

Roy said that the designation of the specific cartel factions as FTOs provides police in the U.S with a “host of additional law enforcement tools.” As an example, he cited the crime of providing material support to a terrorist organization. This could include payments made to cartels for human smuggling fees.

He went on to cite the Mexican state of Tamaulipas where the Gulf Cartel controls all smuggling activity into South Texas. “You see a ‘Level 4’ state,” he said.

The Department of State issued a travel advisory in November 2018 designating Tamaulipas, among other Mexican states controlled by these dangerous cartels as “Level 4 — Do Not Travel.” The advisory notes:

“That means [Tamaulipas] is more dangerous than Honduras, El Salvador, and Guatemala, from where many of these people come,” he explained. “So, we’re asking them to come through this dangerous Level 4 state. They’re endangered, we’re endangered, American citizens as in danger, and these cartels get more and more powerful.”

“One of the heads of the Cartel Del Noreste faction of Los Zetas is someone who was put in jail in Mexico for having attacked a United States consulate with gunfire and an explosive device and then was let out of jail by the general corrupt system that exists in Mexico,” Roy continued. “He is now heading up one of these particular factions of Los Zetas.”

Roy said these cartels are “leveraging our asylum laws for profit. He said these specific cartel factions will be “very damaging to our country.” 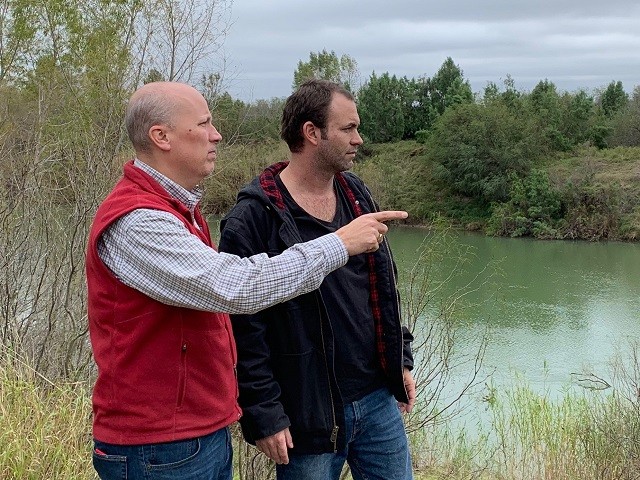 Congressman Roy said the information he gathered about these cartels and their terrorist-like actions was brought to him by Breitbart News Border/Cartel Chronicles Director Brandon Darby. “I spent some time with Brandon down on the border in the Rio Grande Valley and what’s very clear by any objective understanding of what’s happening at the border is that they (the cartels) are driving the traffic that is coming across our southern border for profit.”

He stated the Gulf Cartel will make about $130 million on the backs of the estimated 400,000 migrants who will be “flowing through the Rio Grande Valley Sector this year, according to CBP.”

He said that, of the 400 thousand migrants crossing the border, only half will be caught and 90 percent of those will be released after being apprehended. “Basically, you’ve got 300,000 people here in the United States and they’re now having to pay the cartels ransom because they’re here.”

Listen to the entire interview with Congressman Chip Roy on Breitbart News Sunday.