Border Patrol agents in the Laredo Sector stopped a human smuggling attempt where a driver packed 19 migrants into a pickup truck. The driver managed to escape after fleeing the scene, leaving his cargo behind.

Border Patrol agents assigned to the Hebbronville Station came upon a suspicious vehicle near Mirando City, Texas. After seeing the agents’ patrol vehicle, the driver abruptly pulled his truck over and fled on foot, according to Laredo Sector Border Patrol officials. 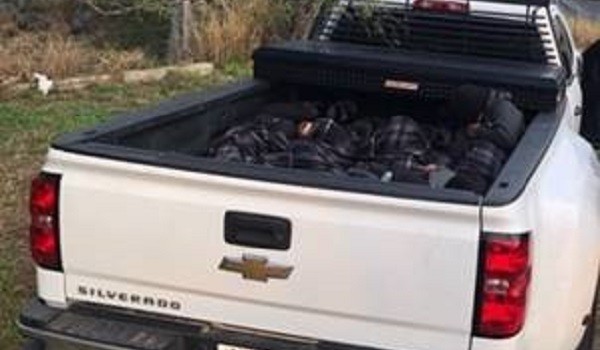 The agents approached the truck and found 19 mostly Central American migrants packed into the passenger compartment and the cargo bed.

Officials reported that the agents placed the 19 illegal immigrants in custody and began interviews. After transporting them to the Hebbronville Border Patrol Station, the agents conducted a biometric background and identification investigation. The agents identified 14 of the migrants as Guatemalans, one Honduran, and four Mexican nationals.

The driver managed to flee the scene as the agents worked to contain the migrants. Border Patrol officials seized the driver’s Chevrolet Silverado and processed the migrants under Laredo Sector Guidelines.

During the month of November, Laredo Sector agents apprehended a total of 2,670 illegal immigrants who crossed the border between ports of entry. Those included 183 unaccompanied minors and 49 family members. This is up from 2,283 in November 2017, but down from the 3,194 apprehended in November 2016.

Since the beginning of Fiscal Year 2019 (Oct. 1), Laredo Sector agents apprehended a total of 6,119 who entered the U.S. illegally. Those include 449 unaccompanied minors and 170 family units.

Bob Price serves as associate editor and senior political news contributor for Breitbart Border/Cartel Chronicles. He is a founding member of the Breitbart Texas team. Follow him on Twitter @BobPriceBBTX and Facebook.