As the mainstream media attacks her for expressing skepticism about the coronavirus vaccine, rap superstar Nicki Minaj has hit back against cancel culture, comparing it to the suppression of free speech in Communist China. 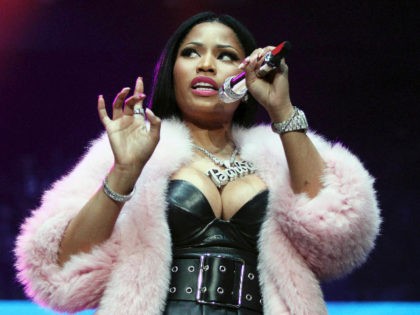 Jimmy Kimmel once praised Dr. Anthony Fauci as a “godsend” when the physician appeared on the ABC late-night show in May. Now Kimmel and his producers are remaining silent about a recent bombshell report that calls into question Fauci’s sworn testimony before members of Congress. 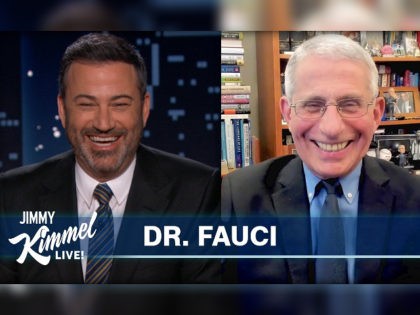 Rock star Alanis Morissette has blasted the new HBO documentary Jagged about her life and career, accusing the filmmakers of pursuing a “salacious agenda.” Morissette agreed to be interviewed for the documentary but now has distanced herself from the project. 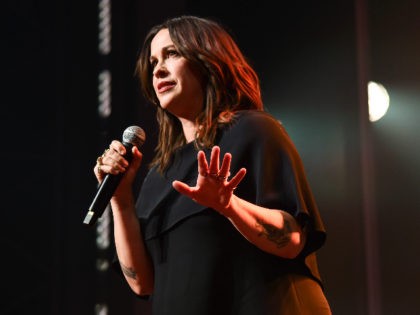 Cartoon Network and HBO Max are launching a new slate of programming aimed at preschoolers that will spotlight diversity, representation, and other woke issues, with shows like Little Ellen, which includes same-sex couples from producer Ellen DeGeneres, and Mush-Mush & The Mushables, about tiny guardians of the forest. 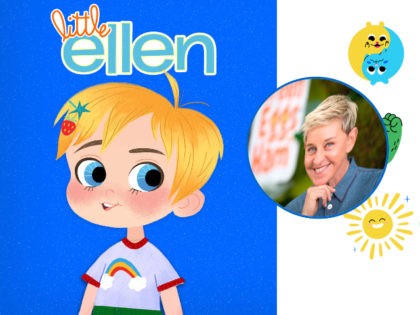 Stars including John Legend, Katy Perry, Rob Reiner, Michael Moore, and New York resident Mark Ruffalo are urging Californians to vote “no” on the recall and in so doing, put aside concerns about the state’s many crises, which include rampant homelessness, surging crime, perennial wildfires, and the soaring cost of living that has caused numerous businesses and residents to flee. 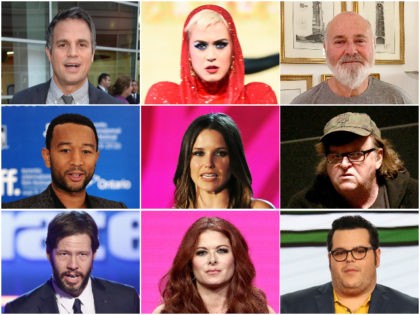 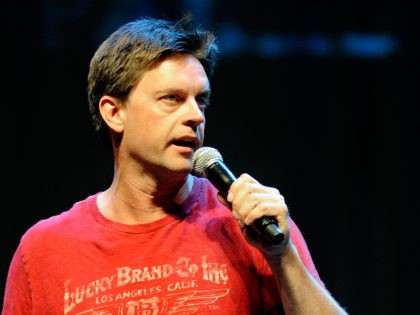 People magazine, which named Dr. Anthony Fauci among its “2020 People of the Year,” is declining to comment on the recent bombshell report that found the U.S. government contributed funding to controversial gain-of-function research on bat coronaviruses at the Wuhan Institute of Virology in China. 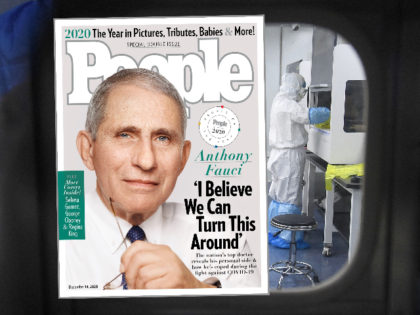 The Los Angeles street artist known as Sabo has taken over a Netflix-owned billboard on the Sunset Strip, wrapping the advertising space in a pro-Larry Elder message a day ahead of California’s gubernatorial recall election. 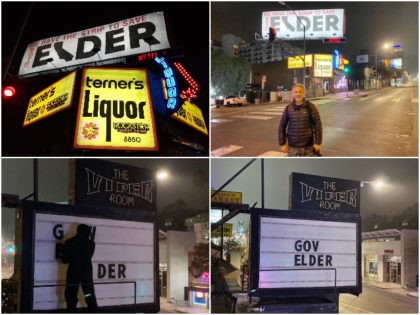 Pro-Abortion ‘Happening’ Wins Top Prize at Venice Film Festival: ‘A Tribute to Those Women Who Fought for the Right to Abortion’

The 78th Venice Film Festival in Italy awarded its top prize to the pro-abortion French film Happening ( L’Événement), with the creative team proclaiming the movie to be “a tribute to those women who fought for the right to abortion.” 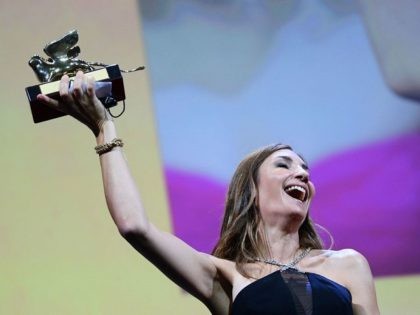 Novelist Stephen King has spread misinformation on Twitter about Florida’s COVID-19 deaths, incorrectly claiming the state had 1,200 deaths in just one day in an apparent confusion between reported deaths and actual deaths that occurred that day. 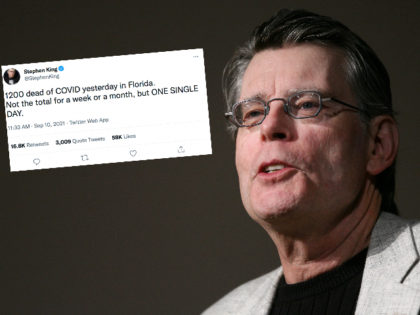 Time magazine, which named Dr. Anthony Fauci to its “most influential people of 2020” list, is choosing to remain silent about the recent bombshell report that found the U.S. government contributed funding to controversial gain-of-function research on bat coronaviruses at the Wuhan Institute of Virology in China. 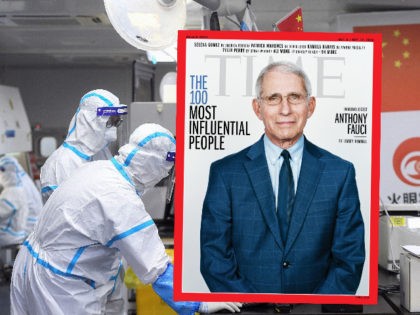 Rose McGowan Calls On Californians to Recall Gavin Newsom: ‘You Are a Fraud. We Are Done with Your Lies’

Actress Rose McGowan is urging Californians to recall Gov. Gavin Newsom (D) in next week’s election, calling him a fraud and a liar while also accusing his wife, Jennifer Siebel Newsom, of once pressuring her to stay quiet about Harvey Weinstein. 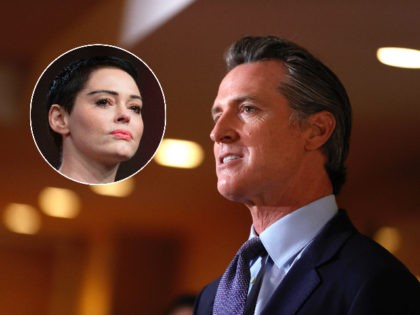 InStyle put Anthony Fauci on the cover of a digital issue that ran in July 2020; the photo depicted him lounging poolside in sunglasses with a headline simply reading “The Good Doctor.” 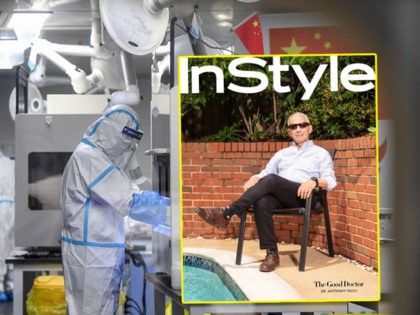 Comedian and Peacock’s “A.P. Bio” star Patton Oswalt, who supports the violent, left-wing Antifa, has announced he is canceling shows in Florida and Utah after a handful of venues refused to mandate the coronavirus vaccine for audiences. 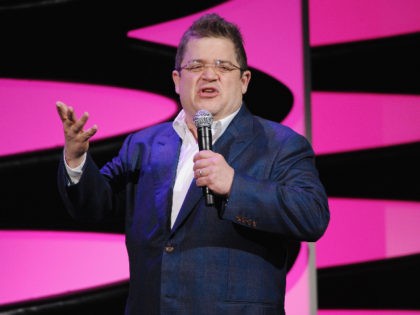 In his return to his late-night ABC show following a summer break, Jimmy Kimmel wasted little time in making fun of unvaccinated people, saying that individuals who have declined the COVID-19 vaccine and who have taken ivermectin don’t deserve medical care. 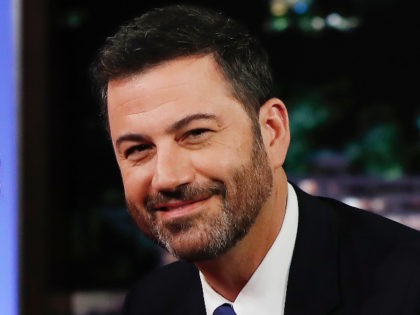 Amazon Studio’s series Expats is facing a barrage of negative media coverage, including accusations of “white privilege,” after star Nicole Kidman received a quarantine exemption to shoot in Hong Kong. 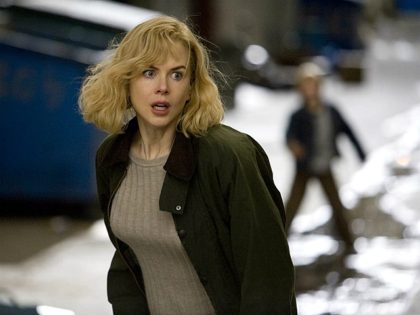 As the fight for his political life heads into the homestretch, California Gov. Gavin Newsom (D) is receiving a lifeline from celebrities as well as some of the party’s biggest names, including Vice President Kamala Harris and Sen. Elizabeth Warren (D), who are hitting the pavement to save Newsom from the state’s September 14 recall election. 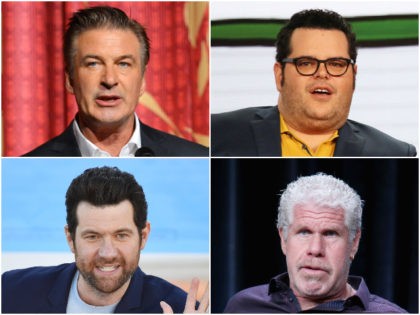 The Nielsen TV ratings service has lost its accreditation from an oversight group after networks accused the company of under-counting TV viewers during the coronavirus pandemic. 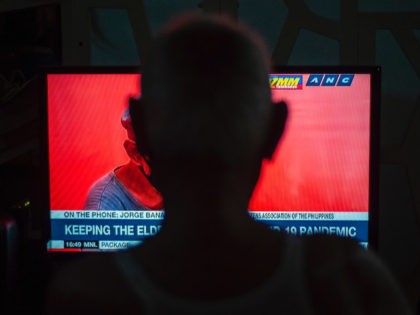 As the establishment media attempts to move on from Afghanistan, and Joe Biden’s disastrous withdrawl, Jeffrey Steele has released a song that serves as a potent reminder of the human costs of the administration’s hasty pull out. 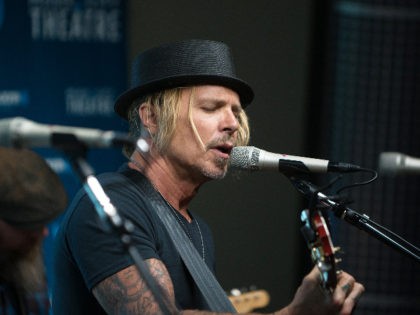 The 78th Venice Film Festival in Italy is refusing to acknowledge the existence of Taiwan, referring to the country as “Chinese Taipei” or simply “Taipei” — which is Taiwan’s capital city — on its official site. 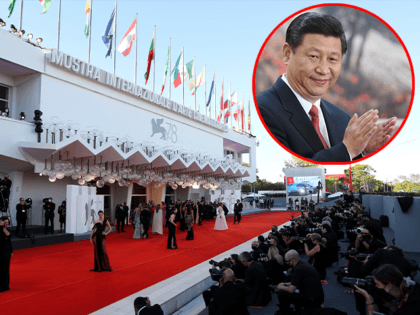 Some of the top executives at the Walt Disney Co. are backing California Gov. Gavin Newsom (D) in his fight against the state’s recall election. At the same time, a prominent member of the Disney family —  a descendant of company co-founder Roy O. Disney — has thrown his support behind Republican challenger Larry Elder. 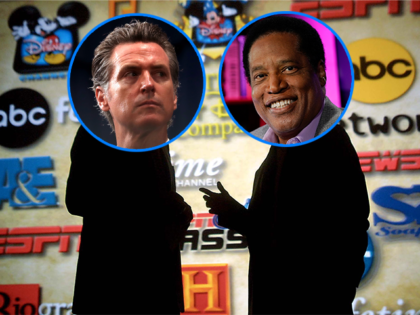 Acclaimed screenwriter and director Paul Schrader has condemned woke cancel culture, calling it “infectious” and comparing it to the coronavirus Delta variant. 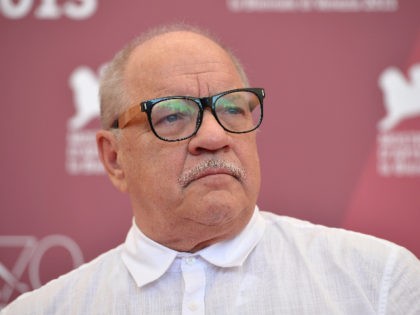 Hollywood celebrities have hit the panic button after Texas officially enacted its “heartbeat” abortion law early Wednesday, making it the first state to ban abortions once a fetal heartbeat is detected. 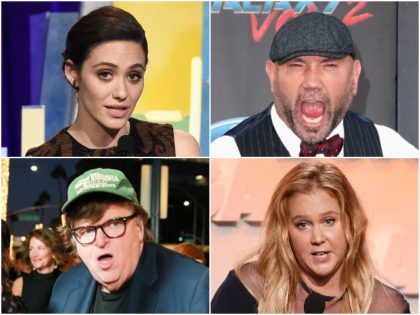 Adam Sandler has revealed that Netflix made him change a major plot element involving China in his new basketball-themed movie “Hustle” because the streamer doesn’t do business there. 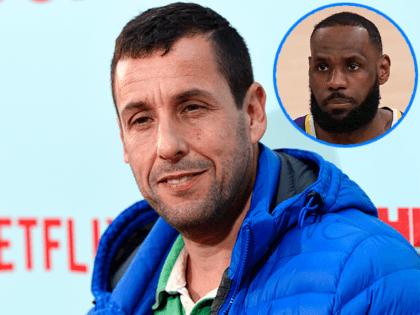 Jane Fonda, who endorsed Joe Biden’s bid for the White House last year, is one of several Hollywood actresses who has added her name to a campaign urging the international community to refuse to recognize the Taliban government in Afghanistan. The campaign is also demanding the U.S. and its allies pay for the resettlement of Afghan refugees. 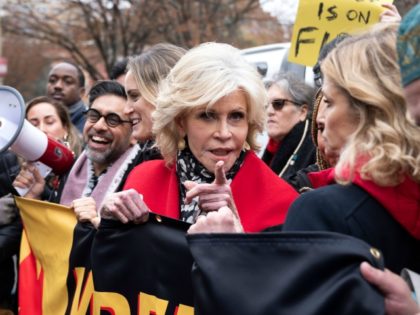 NatGeo has unveiled the first trailer for its Dr. Anthony Fauci documentary, which delves into the life and career of the National Institute of Allergy and Infectious Diseases director, who is currently pushing for blanket vaccine mandates. 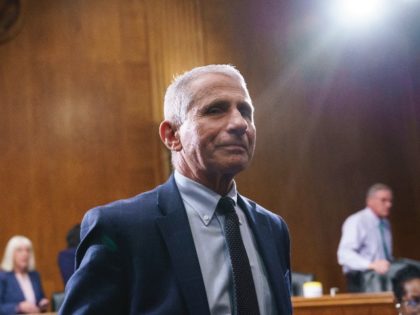 Hollywood crews are blowing the whistle on the studios, claiming their members are being pushed to their limits to make up for lost time under the pandemic and to satisfy consumers’ bottomless demand for streaming content, according to a new report. 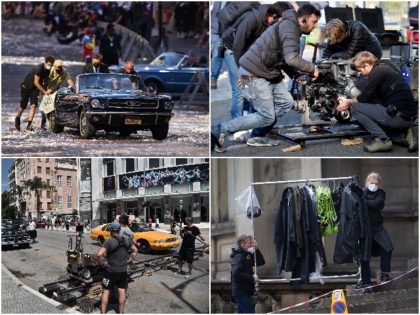 Scott Baio Calls Out Alyssa Milano, Rob Reiner over Biden Support: ‘This Is Your Guy! Where Are You Now?’

Hollywood actor Scott Baio has called out his fellow celebrities who supported and campaigned for Joe Biden, noting their silence on the president’s catastrophic withdrawal from Afghanistan that resulted in thousands of Americans stranded behind enemy lines and 13 dead U.S. military personnel in twin suicide bombings last week. 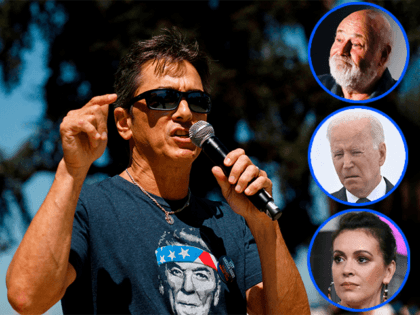 Rose McGowan Slams Oprah Winfrey: ‘Supporting a Power Structure for Personal Gain … She Is as Fake as They Come’

Actress Rose McGowan calls out Oprah Winfrey, saying the billionaire talk-show queen and network boss is “as fake as they come.” 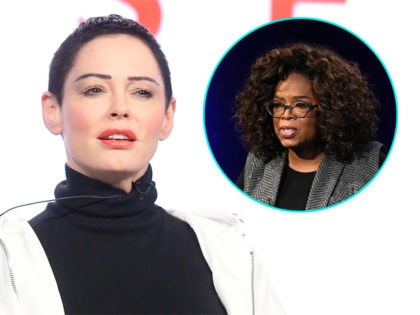 Universal Studios is taking a major step toward cementing its relationship with China’s Communist dictators as the Comcast-owned Hollywood studio prepares to open its long-planned, multibillion-dollar theme park in Beijing. 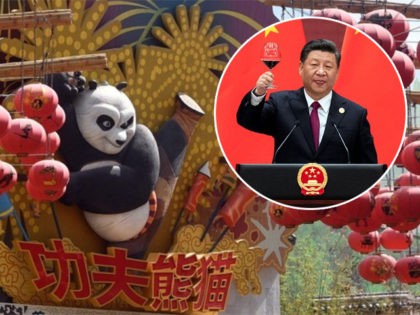