According to the SCMP’s source, in addition to Biden asking Xi for oil during their Tuesday videoconference, U.S. Secretary of State Antony Blinken made the same request of Chinese Foreign Minister Wang Yi two days earlier.

The SCMP report said China is open to the request, but has not “committed to specific measures yet.”

“One of the pressing issues for both sides is energy supply. Currently, the energy departments from both sides are negotiating the details,” the source explained.

The report did not indicate whether the source was an official of the Chinese or U.S. governments, or a third party with inside information.

“The Biden administration is under growing pressure to consider releasing strategic reserves, after U.S. inflation jumped above 5 per cent for six straight months, due to pandemic-related supply disruption and monetary stimulus by the Federal Reserve. The US inflation rate hit 6.2 per cent in October,” the SCMP observed.

The increasingly desperate Biden administration already tried to convince OPEC to increase production in August, but was snubbed by the OPEC nations and their partner Russia.

In September, the Biden administration appealed directly to Saudi Arabia and was again refused, possibly because de facto Saudi ruler Crown Prince Mohammed bin Salman (MBS) remembered the Biden administration treating him like a pariah this year. Joe Biden literally called MBS a “pariah” and slammed him for human rights abuses ten months before Biden went to MBS with hat in hand and pleaded for more oil. 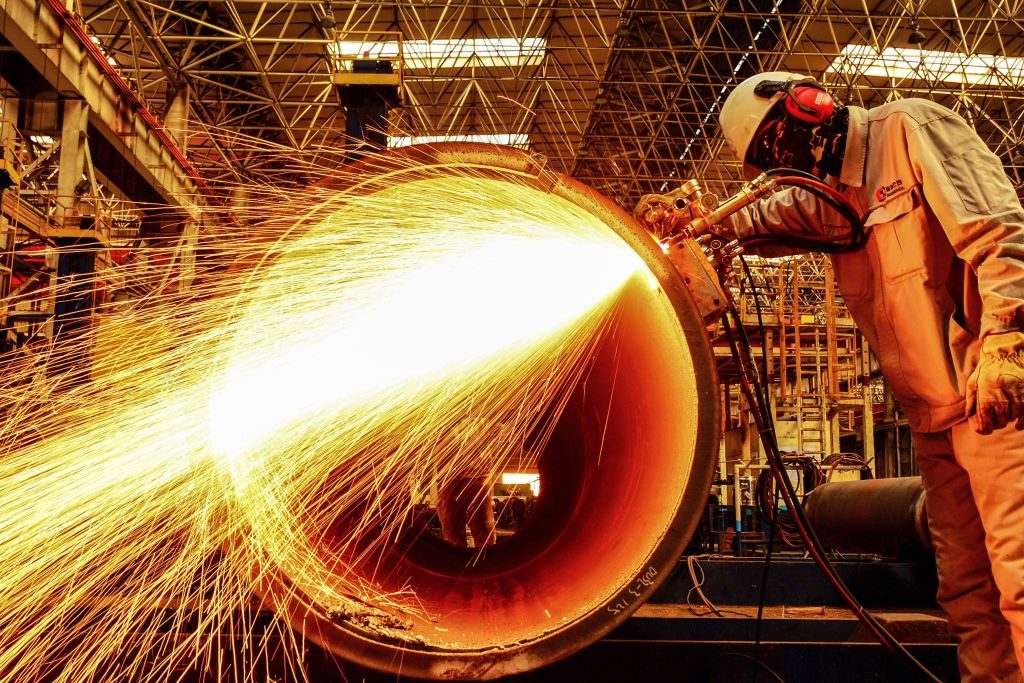 A worker cuts an oil pipe at a factory in Qingdao in China’s eastern Shandong province. (STR/AFP via Getty Images)

Critics of the administration – and, bizarrely, Joe Biden himself – noted the sad irony of begging authoritarian foreign producers with unpleasant human rights records to pump more oil while Biden’s policies are suppressing American production and shutting down pipelines.

If the SCMP report is confirmed and Biden really begged top geopolitical menace China to save him by releasing its strategic reserves, having failed to persuade Number Two geopolitical menace and Democrat Party boogeyman Russia to sell more oil, those criticisms will probably grow more acute.

China’s strategic oil reserve is considerably smaller than the immense U.S. reserve, which Biden is expected to tap soon.

China established its strategic reserve about 15 years ago, and authorized its first-ever auction of reserve oil in September, selling off a symbolic 7.38 billion barrels from its 200 million barrel stockpile. Industry experts saw the sale as China flexing its muscles, reminding the world it can influence oil prices if it wants to, and learning how the strategic reserve system works.

Analysts told the SCMP on Wednesday that Chinese officials will likely conclude market prices are not yet high enough to justify a major release from the reserves, which are only large enough to meet China’s emergency needs for 50 days at most, compared to 90 for the U.S. reserve.

Oil analysts also thought Biden would not accomplish much by releasing the U.S. government’s stockpile, an opinion that might make China think twice about committing to a release that would appear futile. 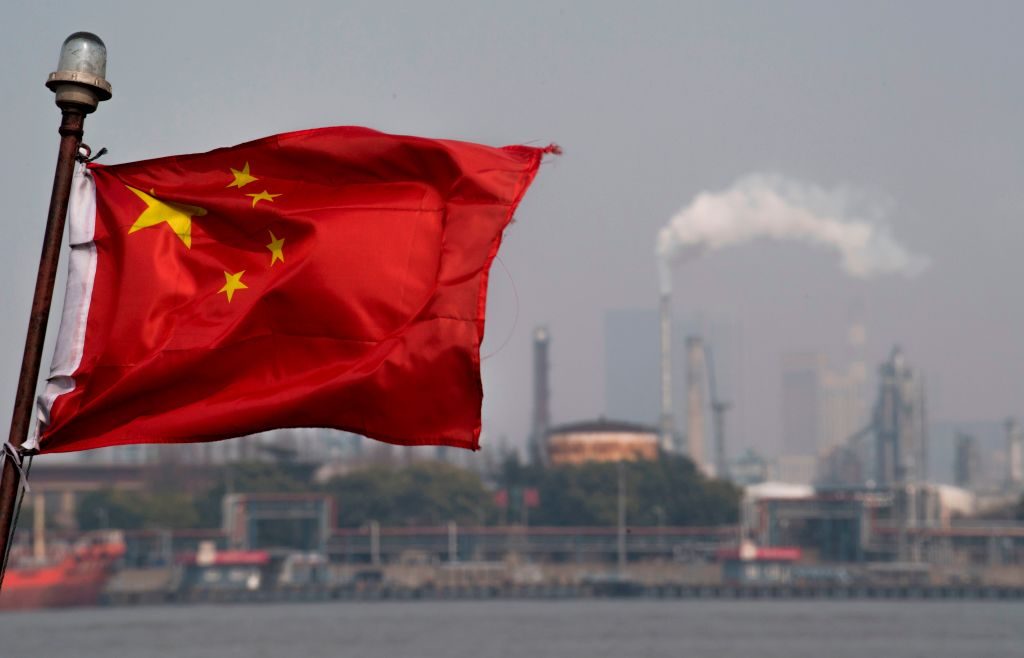 This picture taken on March 22, 2018 shows a Chinese flag fluttering in front of the Shanghai Gaoqiao Company Refinery in Shanghai. (JOHANNES EISELE/AFP via Getty Images)

“It seems the energy market is convinced that even if the U.S. resorts to tapping the Strategic Petroleum Reserve, the benefits would be minimal … to the U.S. consumer,” said a note from industry analyst Edward Moya quoted by Reuters on Tuesday.

There is also the uncomfortable question of what Xi would demand in return for riding to Biden’s rescue on oil prices.

“Washington was urged by Beijing to adopt ‘responsible’ macroeconomic policies in Tuesday’s leaders’ meeting, amid concerns that any sudden change of policy by the U.S. could disturb global markets and cross-border capital flows,” the SCMP reported. Beijing’s notions of “responsible” economic policy will not be appealing to anyone worried about American decline or China’s rising power.