The Australian Border Force (ABF) is cracking down on illegal fishing vessels entering the country’s territorial waters and in some cases is destroying boats by burning them to the waterline after apprehending foreign crew members.

ABC News reports at least three fishing boats were destroyed after their Indonesian crews were forced off the vessels by armed ABF personnel in the past week while 13 boats were ordered out of Australia’s northern waters.

Rear Admiral Mark Hill, chief of the ABF’s maritime command, said the burning of Indonesian fishing boats at sea and forcing others out of Australian waters “demonstrates the resolve that we have” to stop the increase in illegal fishing.

He said the trend was being driven by economic factors in Indonesia and the fishermen did not seem surprised to be intercepted by Australian border force vessels.

“They’re accustomed to it because sadly we see a few recidivists,” Hill said.

None of the fishermen were further detained or prosecuted, despite that being an option previously pursued by authorities. 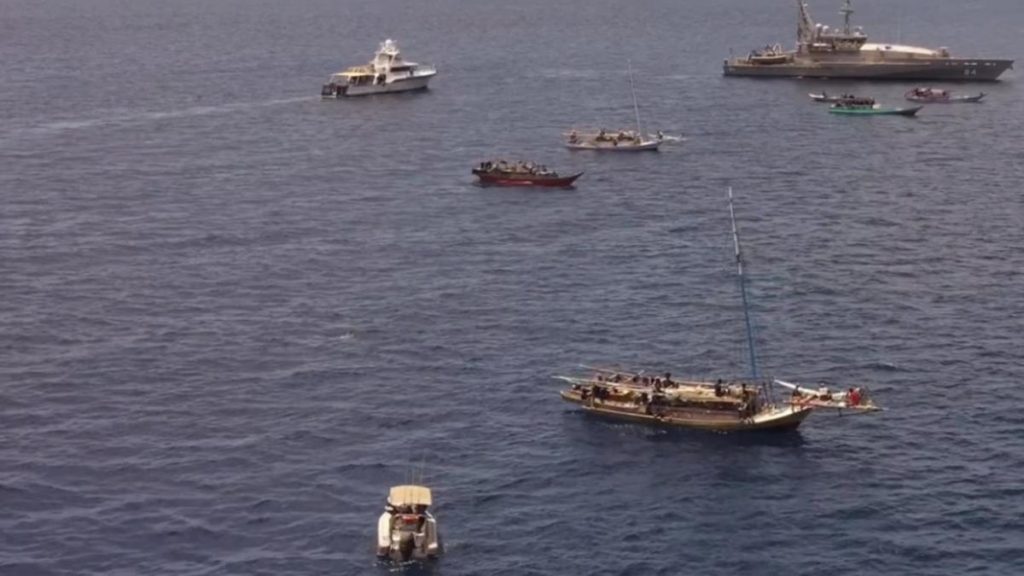 Fishing equipment was seized from boats led out of Australian waters, and a total of 630 kilograms of trepang – or sea cucumber – was confiscated.

In 2018 only five Indonesian fishing boats were intercepted in Australian waters and four the following year, but that figure rose to 85 boats in 2020-21.

In the past three months more than 100 boats have been intercepted, the ABC report said.

Australia has for many years worked hard to protect its maritime borders and has a strict policy of never letting any shipboard illegal immigrants land. It is now using the same tough policy of never rewarding behaviour it disapproves of with illegal migrants against foreign, illegal fishing boats.

Calls have been made in the UK for similar response to migrants crossing the English Channel.

Australia has long had amongst the toughest border controls in the world.

They are built on Operation Sovereign Borders, introduced by former Prime Minister Tony Abbott in 2013, which sees smuggler-boats intercepted at sea by the military and migrants either returned to where they came from or taken to offshore processing centres.

Even those found to be genuine refugees are barred from Australia if they try and cross the border illegally.

The United Nations and aid groups have consistently slammed the tough policy of engagement with illegal arrivals however nothing has changed in Canberra and the tough border enforcement goes on.