Chinese tennis player Peng Shuai, a big sports star in China and once the top doubles player in the world, on Tuesday wrote a social media post accusing former Vice Premier Zhang Gaoli of forcing her to have sex.

Peng is currently 35, 40 years younger than Zhang, a loyal ally of Chinese dictator Xi Jinping who held the office of Vice Premier and sat on the powerful Politburo Standing Committee from 2013 to 2018.

Zhang is now the highest-ranking official to be charged with sexual harassment in China’s “#MeToo moment,” which outside observers date back to 2018. The Chinese Communist Party (CCP) regards #MeToo as a scurrilous Western plot to inflict a “color revolution” (i.e. regime change) on China by falsely accusing CCP officials of misbehavior.

According to Peng’s post on China’s microblogging platform Weibo, Zhang coerced her to have sex when she visited his home to play tennis with him and his wife. She said the incident occurred when Zhang was Communist Party secretary for the city of Tianjin, a post he held from 2007 to 2012.

“I never consented that afternoon, crying all the time. You brought me to your house and forced me and you to have relations,” Peng accused Zhang in her Weibo post. 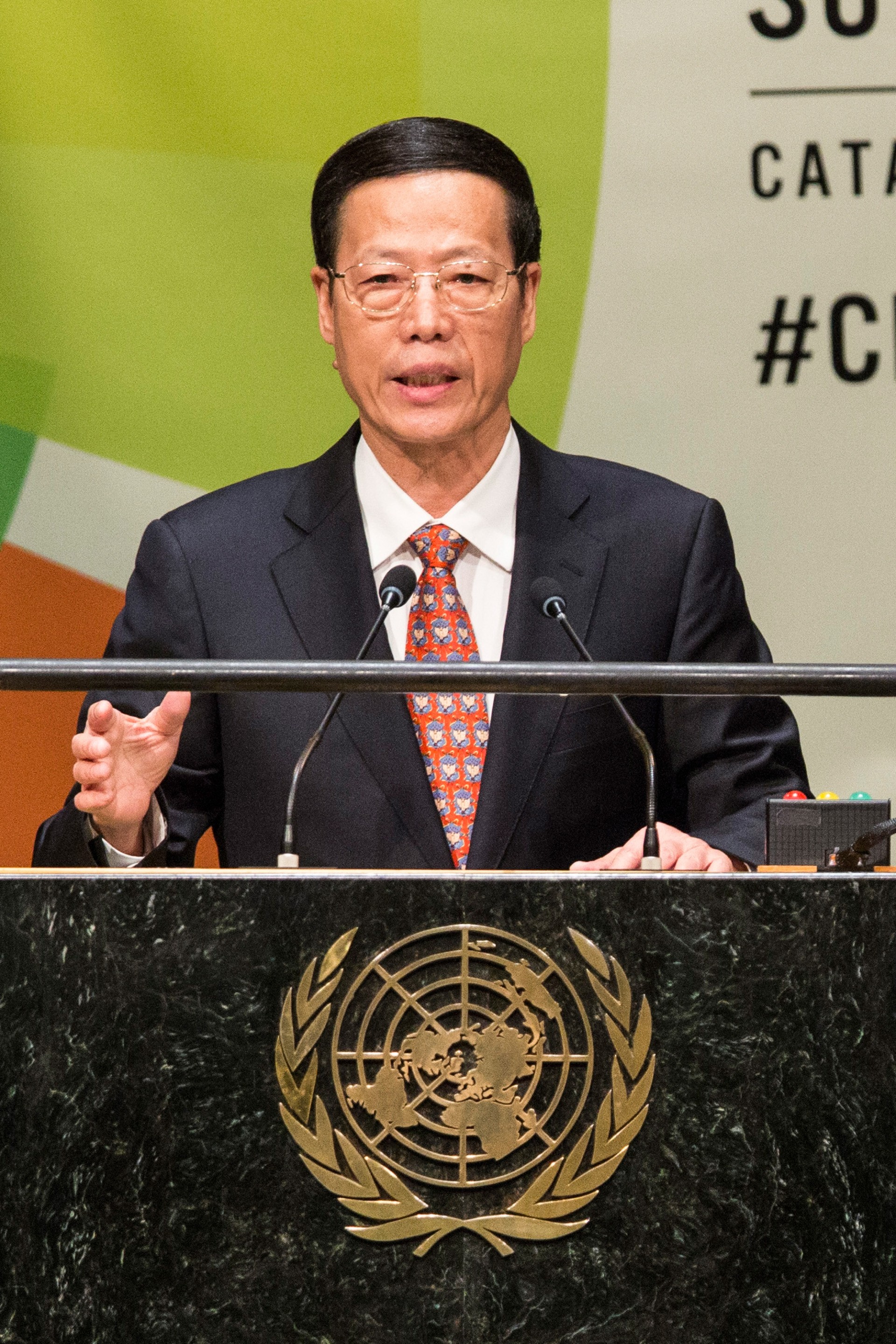 Former Chinese Vice Premier Zhang Gaoli speaks at the United Nations Climate Summit on September 23, 2014 in New York City. The summit, which is meeting one day before the UN General Assembly begins, is bringing together world leaders, scientists and activists looking to curb climate change. (Photo by Andrew Burton/Getty Images)

“I have no evidence, and it has been impossible to leave any evidence … You were always afraid that I would bring something like a tape recorder, to record evidence or something … There is no audio record, no video record, only my distorted but very real experience,” she said, explaining why she had no proof to back up her allegations.

Peng said she went on to have an intermittent consensual sexual relationship with Zhang after the assault. She said the two renewed their affair three years ago, after he overcame some reluctance on her part, but broke up for good a few days ago when Zhang accused her of recording their conversations. She and her sports marketing agency APG did not respond to requests for further details.

“I know that someone of your eminence, Vice Premier Zhang Gaoli, you’ll say that you’re not afraid – but even if it’s just striking a stone with a pebble, or a moth attacking a flame and courting self destruction, I will tell the truth about you,” Peng wrote defiantly.

Peng’s post on Weibo was mysteriously erased in a matter of minutes, although not before a number of other users made screen captures and began circulating those images to preserve her words. Chinese censors hunted down and deleted many of the posts written about Peng on Tuesday.

Internet searches for Peng’s name surged for a few hours, peaking at over 20 million views for a hashtag featuring her name, but declined after censors began restricting searches for her. Her Weibo account, which had over half a million followers, has been partially deleted and tightly restricted. The censors even resorted to banning searches for the term “tennis player” to suppress public interest in Peng’s story.

The BBC observed on Wednesday that Chinese users are getting around the censorship blockade by using the name of another tennis player to refer to Peng. They have also grown adept at using rhyming words to discuss banned topics like “#MeToo.”

Canada’s Globe and Mail noted some Chinese social media users fearfully wondering if their government would begin punishing people for discussing Peng. “Please stop, if you dig more I think it will bring risk to our group,” one member of a WeChat group warned.

Australian National University researcher Yun Jiang told the Globe and Mail that Peng took enormous risks by accusing Zhang, because “going against a senior CCP official who is not already in trouble with the CCP” could ruin her life. Most CCP officials accused of sexual misconduct are in poor standing with the Party and are usually charged with corruption first, so the sexual harassment allegations become a coup de grace for their flagging careers.

Chinese Foreign Ministry spokesman Wang Wenbin refused to answer questions about Peng’s allegations on Wednesday, brusquely insisting he was unfamiliar with the controversy and “it isn’t a diplomatic question.”