A Pakistani journalist was killed on Sunday in Balochistan province after a bomb exploded on or near his moving vehicle as he traveled to the nearby city of Karachi, Pakistan’s Dawn newspaper reported Monday.

The explosion took place on the evening of October 10 as local reporter Shahid Zehri, 35, drove with a friend through the Balochistan city of Hub.

“There are reports that the explosive device was affixed to his car and was detonated by remote control,” Dawn noted on October 11.

“Another police official Younis Raza said: ‘It seems to be a grenade attack.’ The bomb disposal squad reached the site and collected the evidence,” the newspaper relayed.

#Pakistan: Shahid Zehri, a reporter for channel Metro 1 News, was killed in an explosion while driving his car in the southern city of Hub in Lasbela district of #Baluchistan province

“Zehri … had just made a U-turn to avoid a traffic jam when a bomb left under his seat exploded, injuring him critically,” Reporters Without Borders (RSF) detailed on October 12.

The explosion caused both Zehri and his unidentified travel companion to suffer critical injuries. Zehri was transferred to a nearby hospital, where he was later declared dead.

Hours after the blast, the Balochistan Liberation Army (BLA) claimed responsibility for the attack. Balochistan is home to several separatist movements that seek independence for the oil and mineral-rich province, which borders Iran and Afghanistan. The militant groups often perpetrate violent attacks in the name of Balochistan independence. In recent years and months, the BLA, among other separatist groups, has targeted local journalists as part of its campaign.

Zehri, who died in the October 11 attack by the BLA, worked as a reporter for Karachi’s Metro News 1 Television, a local Urdu-language news channel. The BLA accused Zehri of “spying” — referring to him as an “agent” for an unspecified foreign government — in a statement explaining why it targeted the journalist, though it provided no evidence for its claims. 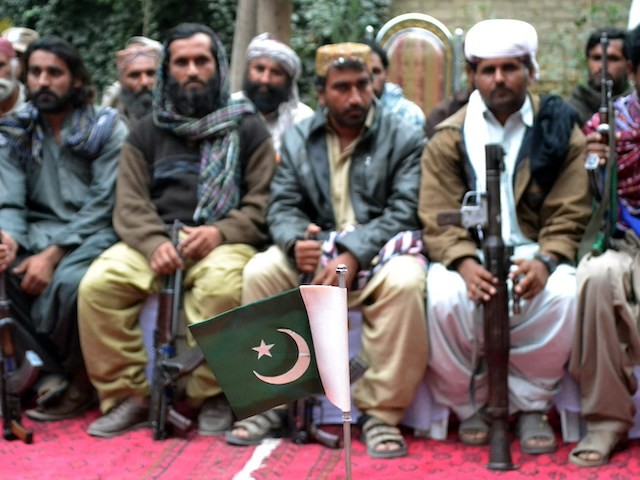 Militants from the band organization Baloch Liberation Army and United Baloch Army, sit before handing over their weapons to Chieftain of Marri tribe and Pakistan’s provincial minister Nawab Changaiz Marri during a surrender ceremony in Quetta on October 29, 2015. (Banaras Kahn/AFP via Getty Images)

“In the operation, carried out by BLA’s Special Tactical Operational Squad, Pakistani agent Shahid Zehri was eliminated, while his vehicle was completely destroyed,” a BLA spokesman said in an Urdu-language statement seen by RSF.

“Although Zehri covered the volatile situation in Balochistan for Metro One News, there had been no indication that he might be targeted,” RSF noted on October 12.

“He was not working on any special story assigned by us and he had not informed us regarding any threat,” Metro News 1 Television’s director, Buland Iqbal, told RSF.

Both Pakistan’s government and that of the U.S. have designated the BLA a terrorist organization.