Taliban terrorists have been photographed enjoying fairground rides with AK-47 and M4 assault rifles cradled in their arms while the rest of the country deals with the social strictures imposed by the newly declared Afghanistan Islamic Emirate.

A photographer from the AFP wire service captured the images inside a fairground in western Kabul.

The group — ranging in age from 18 to 52 — is seen relaxing at a small amusement park next to Qarghah Reservoir on the outskirts of the Afghan capital, where families and children normally ride the Ferris Wheel and carousel. 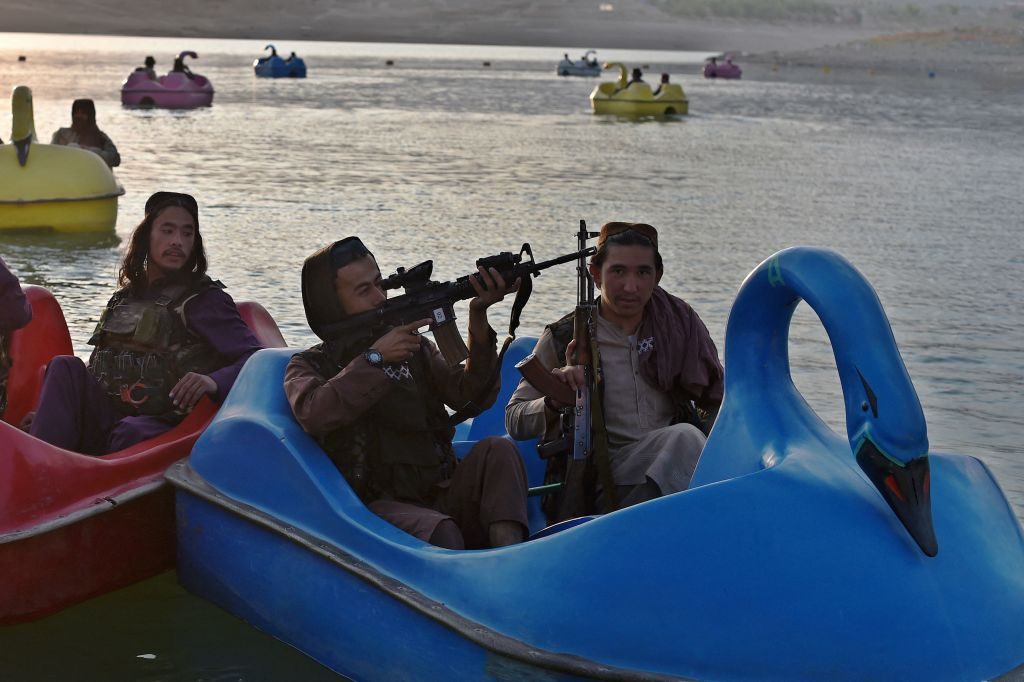 Taliban fighters ride on paddle boats at Qargha Lake on the outskirts of Kabul. “This is Afghanistan!” a Taliban fighter shouts on the pirate ship ride at a fairground in western Kabul, as his armed comrades cackle and whoop on board the rickety attraction. (WAKIL KOHSAR/AFP via Getty Images) 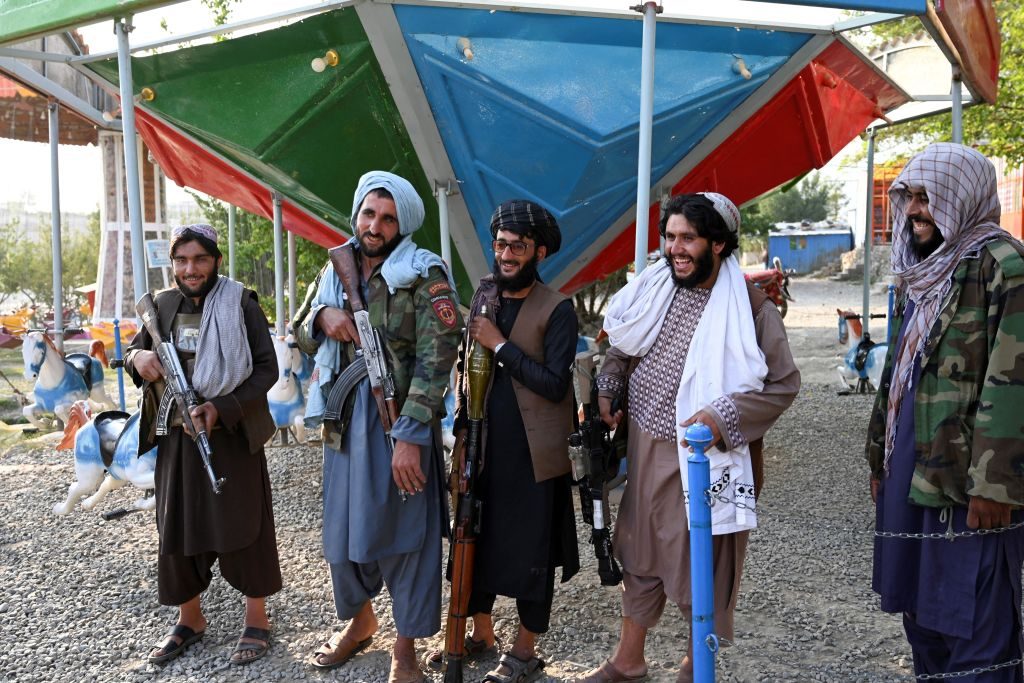 Taliban fighters stand next to a merry-go-around ride in a fairground at Qargha Lake on the outskirts of Kabul. (WAKIL KOHSAR/AFP via Getty)

The AFP report points out while the terrorists were out having fun, Afghans are locked at home fearing a return to the group’s brutally oppressive rule of the 1990s, when they banned music, photography, television — and even children’s games such as kite-flying.

AFP reports the fighters did all they could to make the best of the fun fair:

On the shores of the picturesque reservoir, other Taliban members hop into swan-shaped pedalos as the sun begins to set behind the hills in the distance. Still brandishing their weapons, they set off in pairs across the water in the pink, blue, green, yellow and blue boats, laughing as the vessels bump together.

Dressed in camouflaged military uniforms and traditional Afghan clothes, they pose with their assault rifles as friends take pictures on the pebbly shore. Nearby, a few of the more senior Taliban members take the opportunity to pray, setting down their shawls between two boats on a jetty.

As Breitbart News reported, President Joe Biden’s administration has repeatedly asserted that “about 100” American citizens were stranded in Afghanistan, without providing a number for LPRs (green card holders). 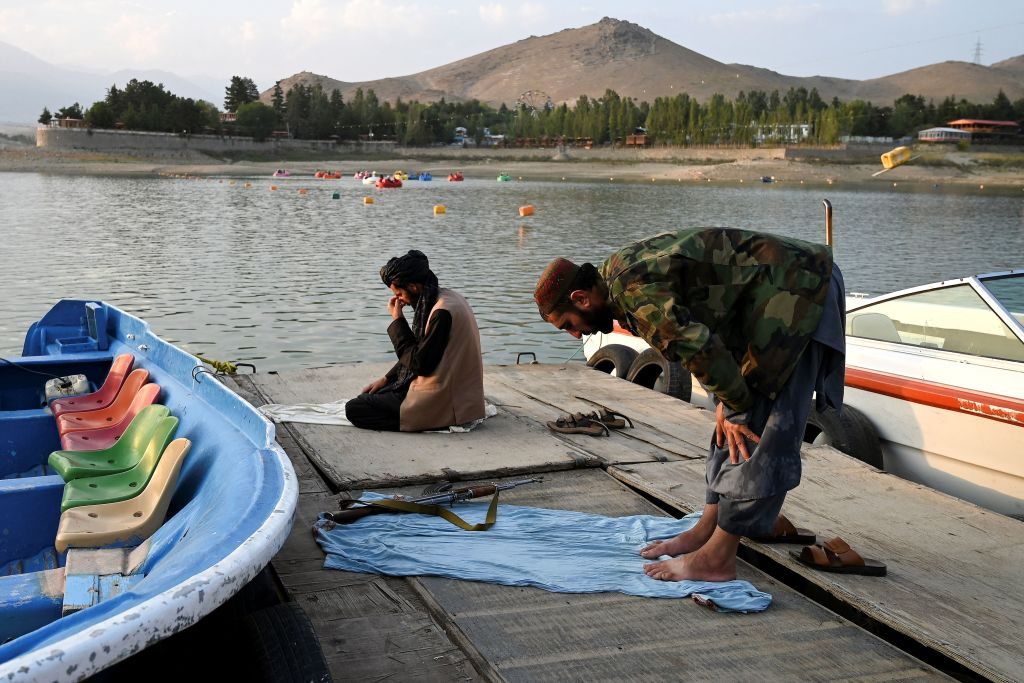 Taliban fighters offer prayers on a dock for boats at Qargha Lake on the outskirts of Kabul after enjoying a day of fairground attractions. (WAKIL KOHSAR/AFP via Getty Images)

Now, the State Department official is saying roughly 100 U.S. citizens and green card holders remain in the country, noting that the administration has evacuated at least 85 U.S. citizens and 79 LPRs since President Biden pulled out all U.S. troops on August 31, ending a two-week-long military evacuation effort before pulling out all American civilians.

Taliban terrorists in Kabul have started painting over murals, including one of George Floyd, with "victory slogans" applauding themselves. https://t.co/iC36GinBXQ

The State Department continues to push the Taliban to reopen the Kabul airport to commercial traffic and grant safe passage to U.S. citizens, legal residents, and at-risk Afghans seeking to flee Afghanistan.

Even as they push to free trapped Americans, the Taliban put several corpses on public display over the weekend, including bloody bodies hung from cranes in the western city of Herat, in a bid to intimidate potential lawbreakers.