The Taliban terrorists running the newly instituted Afghanistan Caliphate are no fans of male personal grooming and hygeine. To that end the group issued a ban Sunday on shaving beards in the country’s southern province of Helmand, local media reported, with a concurrent end to quiffs, mohawks, and crew cuts.

The Taliban’s director of information and culture, Hafiz Rashed Helmand, told local daily newspaper Etilaatroz the decision was made during a meeting with errant barbershop owners in the province, ABC News reports.

Taliban religious police say the personal grooming is a violation of Islamic law and anybody caught defying the edict will be punished and made to grow their hair. 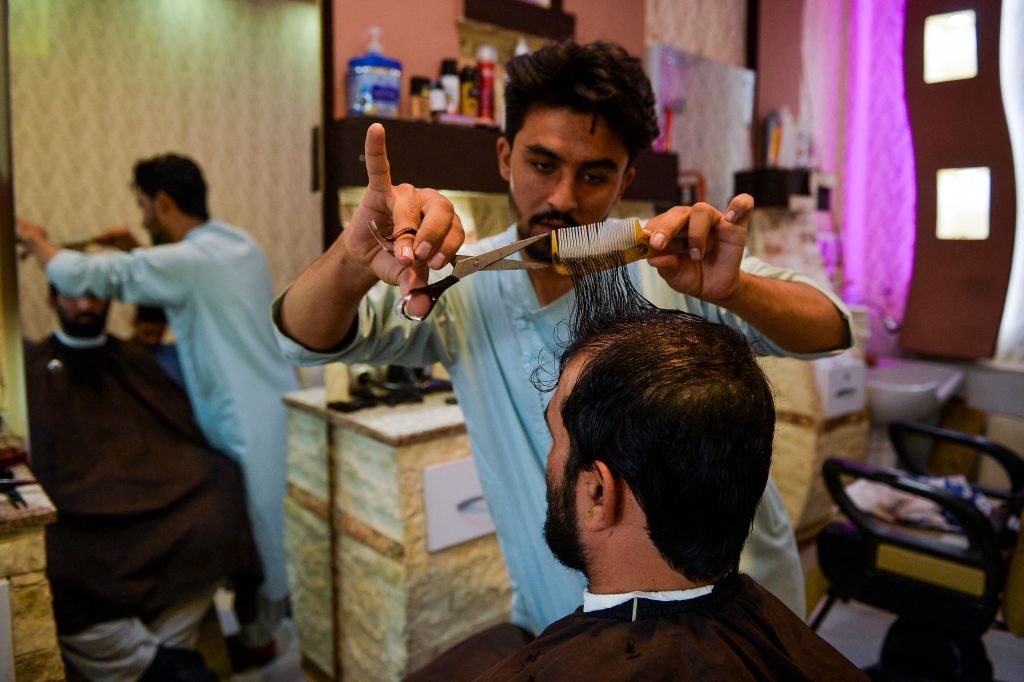 In this picture taken on September 19, 2021, a barber attends a customer at his shop in Herat. (HOSHANG HASHIMI/AFP via Getty Images)

In a notice posted on salons in Helmand, Taliban officers told hairdressers to pack away their grooming cutters for good.

“No one has a right to complain,” the notice, which was seen by the BBC, read.

“The fighters keep coming and ordering us to stop trimming beards,” one barber in Kabul said. “One of them told me they can send undercover inspectors to catch us.”

Another hairdresser, who runs one of the city’s biggest salons, told the BBC he received a call from someone claiming to be a government hair grooming inspector.

They instructed him to “stop following American styles” and not to shave or trim anyone’s beard. 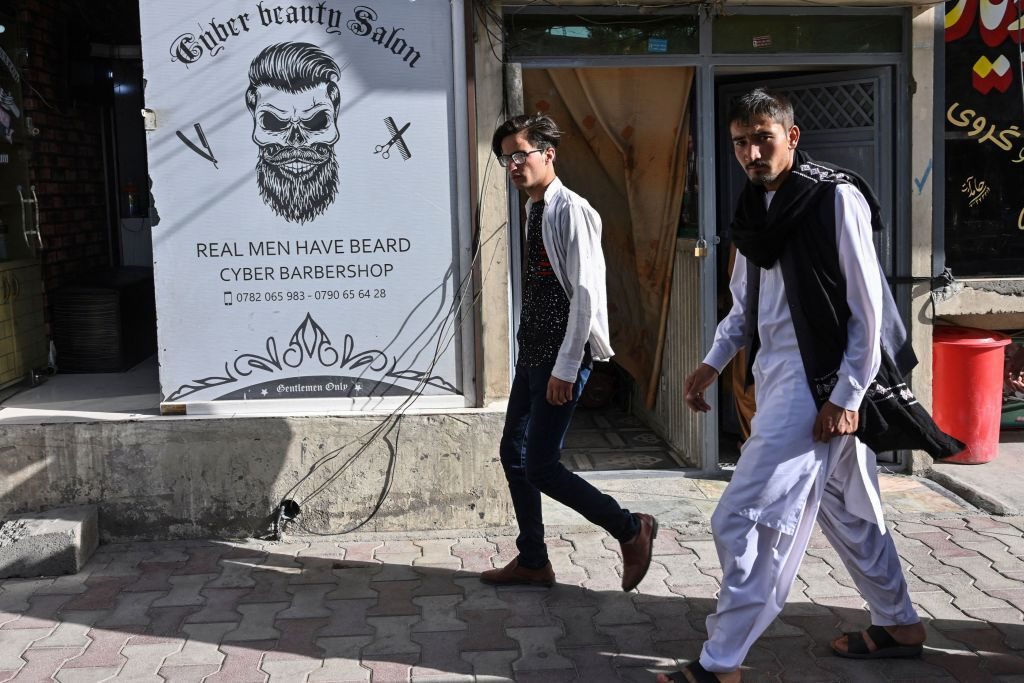 ‘Real Men Have Beard’ — Locals walk past a barbershop in Kabul on June 16, 2021. (ADEK BERRY/AFP via Getty Images)

During the Taliban’s first stint in power from 1996 to 2001, the hardline Islamists banned flamboyant hairstyles and insisted men grow beards to fulfill their manly obligations to their Islamic faith.

Since taking power last month, the Taliban have carried out harsh punishments on opponents and warned of more to come, as Breitbart News reported.

On Saturday, the group’s fighters shot dead four alleged kidnappers and their bodies were hung in the streets of Herat province.