An email threatening the security of New Zealand’s national cricket team if it traveled to Pakistan for a planned tournament last week was “generated from India,” Pakistan’s Information Minister Fawad Chaudhry said Wednesday.

“This email was generated from India through a VPN [Virtual Private Network] showing the location of Singapore,” Chaudhry told reporters in Pakistan’s capital, Islamabad, on September 22.

New Zealand Cricket [NZC] called off a planned tour of Pakistan last week after saying it received a “specific and credible” threat to its security if it proceeded with the tournament, though the national team did not provide further details.

“Following an escalation in the New Zealand Government threat levels for Pakistan, and advice from NZC security advisors on the ground, it has been decided the Blackcaps will not continue with the tour,” the New Zealand national cricket team said in a statement issued September 17. 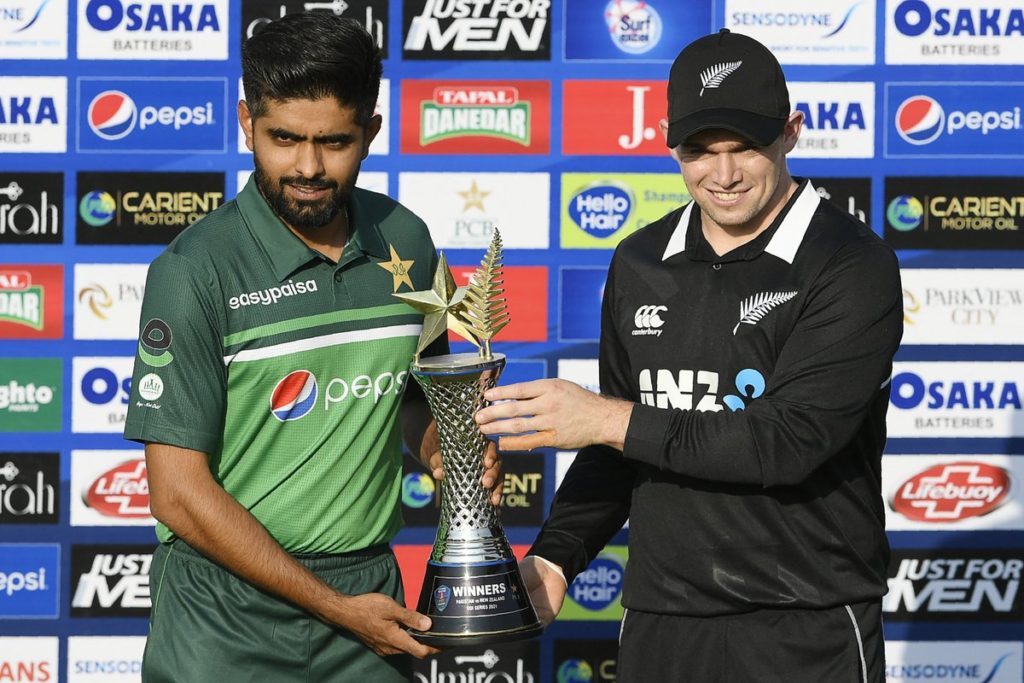 Pakistan’s captain Babar Azam (L) and his counterpart New Zealand’s Tom Latham pose for photographs with the series trophy during a ceremony at the Rawalpindi Cricket Stadium in Rawalpindi on September 16, 2021, a day before their first one-day international (ODI) cricket match. (Photo by AAMIR QURESHI/AFP via Getty Images)

“What I can say is that we were advised this was a specific and credible threat against the team,” NZC chief executive David White said in an official statement on September 19.

“We had several conversations with New Zealand government officials before making the decision and it was after informing the PCB [Pakistan Cricket Board] of our position that we understand a telephone discussion was conducted between the respective Prime Ministers,” White revealed.

Rasheed further alleged on September 17 that there was a “conspiracy” behind New Zealand’s withdrawal from its cricket tour of Pakistan, according to Asian News International, an Indian news agency.

NZC’s abrupt cancellation of its tour in Pakistan dealt a major blow to the South Asian nation, as it prompted England to follow suit. The quick series of withdrawals forced the sports tournament to be fully called off on the day it was scheduled to begin.

Pakistan had planned the tour this year in the hopes that it would help establish a regular international cricket tournament in the country in the future.

Pakistan Information Minister Fawad Chaudhry told reporters on September 22 the West Indies national cricket team, which was due to participate in Pakistan’s now-nixed tournament, was also “sent a threat that he said was fake,” according to Reuters.