The Taliban filled the remaining vacancies of its all-male “caretaker” or interim cabinet on Tuesday, signaling that the jihadist terror group aims to establish an all-male government for Afghanistan.

Taliban government spokesman Zabihullah Mujahid presided over a press conference in Kabul on September 21 to announce the 17 new appointees, who he said were selected based on their “technical skills.” Mujahid reportedly “held out the possibility of adding women to the Cabinet at a later time, but gave no specifics,” according to the Associated Press (AP). The Taliban has so far named only men to its still-forming national government since seizing control of Afghanistan on August 15.

The Sunni Islam-based Taliban previously ruled Afghanistan from 1996-2001 through a system of sharia, or Islamic law, which forbids females from working or attending school. Senior Taliban commander Waheedullah Hashimi told Reuters on August 17 the group planned to reinstate an Afghan government based on the rule of Islamic law.

“There will be no democratic system at all because it does not have any base in our country,” he said. “We will not discuss what type of political system should we apply in Afghanistan because it is clear. It is sharia law and that is it.” 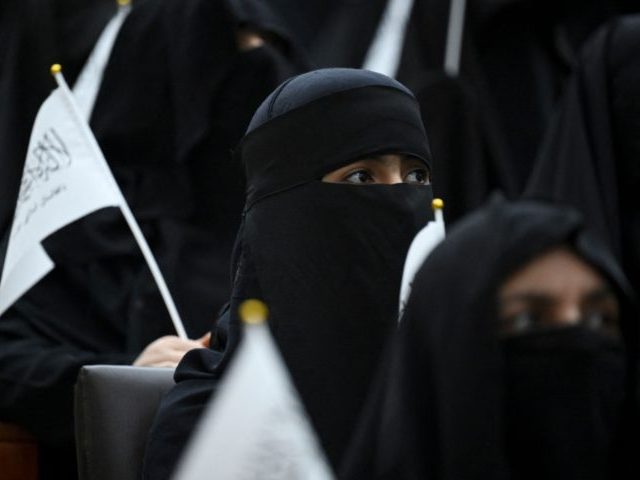 Veiled students hold Taliban flags as they listen a speaker before a pro-Taliban rally at the Shaheed Rabbani Education University in Kabul on September 11, 2021. (Photo by Aamir QURESHI / AFP) (Photo by AAMIR QURESHI/AFP via Getty Images)

Taliban government spokesman Zabihullah Mujahid on Tuesday highlighted his administration’s appointment of “minorities” to the interim Cabinet, namely Persian-speaking Hazara members. Most Hazaras follow Shia Islam, which makes them a religious minority in predominantly Sunni Afghanistan. They are also ethnically Eurasian and thus distinct from most Afghans, who are largely of Tajik and Pashtun ethnic origin.

“To show the new government’s ‘inclusiveness,’ the group will give non-Taliban people opportunities to work for the government,” Mujahid told reporters on September 21.

Mujahid “bristled” at the AP’s suggestion on Tuesday that the Taliban’s exclusion of women from its Cabinet might deter the international community from recognizing Afghanistan’s new government.

“It is the responsibility of the United Nations to recognize our government (and) for other countries, including European, Asian and Islamic countries, to have diplomatic relations with us,” he said, as quoted by the U.S.-based news agency.

“Mujahid expressed his hope that the international community will recognize their cabinet in near future,” the Afghan news site Tolo News reported. 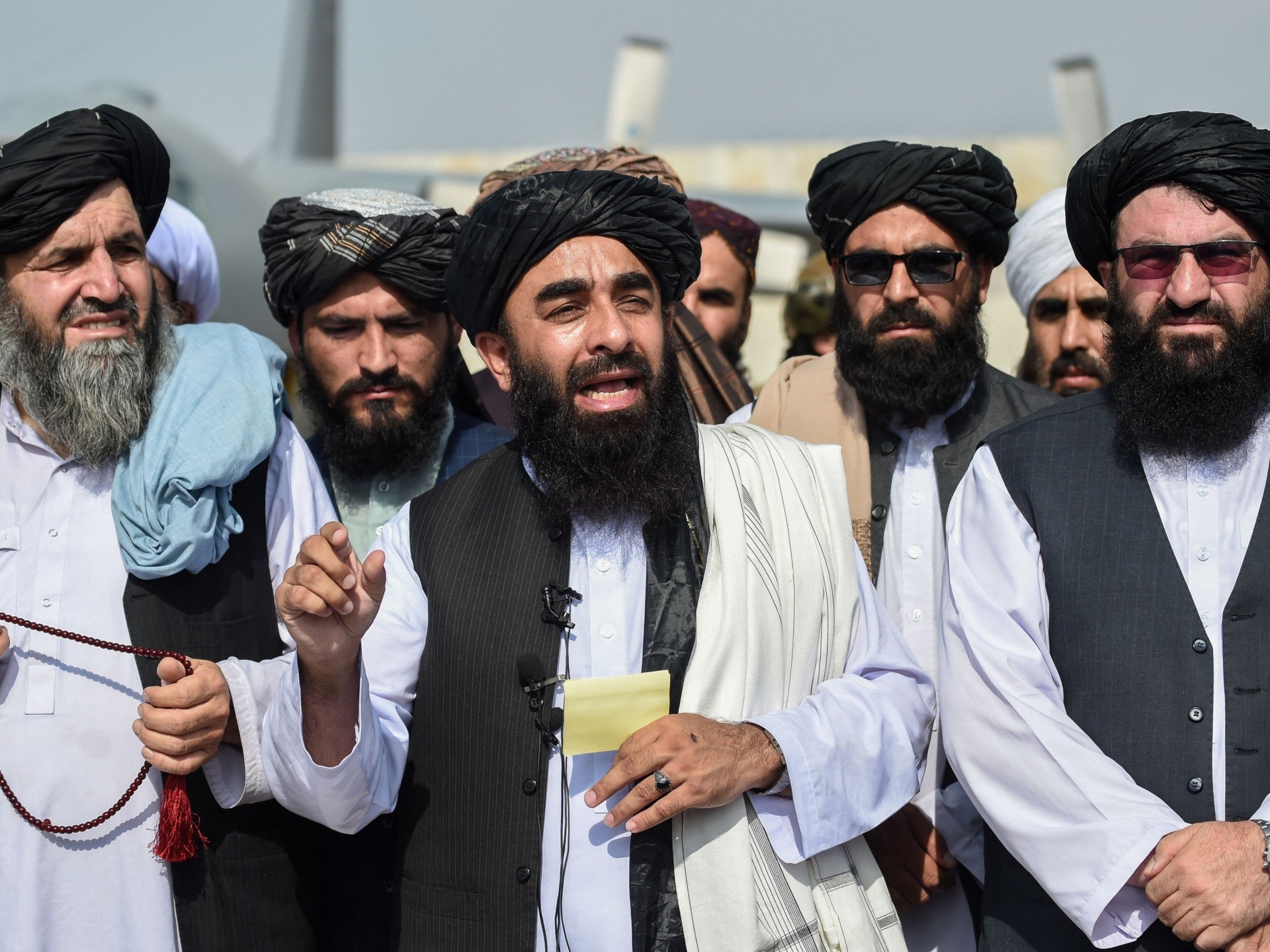 Taliban spokesman Zabihullah Mujahid (C) addresses a media conference at the airport in Kabul on August 31, 2021. – The Taliban joyously fired guns into the air and offered words of reconciliation on August 31, as they celebrated defeating the United States and returning to power after two decades of war that devastated Afghanistan. (Photo by WAKIL KOHSAR / AFP) (Photo by WAKIL KOHSAR/AFP via Getty Images)

The Taliban on Tuesday assigned new leaders of several ministries and governmental departments. Among the new appointees were ministers and deputy ministers of the Taliban’s commerce, public health, interior affairs for security, and defense ministries, along with the director of the group’s nuclear energy department. Mujahid named Mullah Abdul Qayyum Zakir as deputy defense minister and Sadr Ibrahim as deputy minister for the interior. Zakir and Ibrahim are both former Taliban battlefield commanders.

“According to a U.N. Security Council report from June, both Zakir and Sadr commanded significant forces of their own, called mahaz, that traditionally operated across several [Afghan] provinces,” Reuters noted on September 21.