Dozens of players from Afghanistan’s junior national women’s soccer team successfully fled Afghanistan and arrived in neighboring Pakistan on Wednesday, with more of their fellow teammates due to arrive on Thursday, Reuters reported.

An additional group of soccer players and associated personnel totaling 34 people were due to arrive in Pakistan from Afghanistan on September 16, according to Zia.

The young female athletes had “spent the past month in hiding amid fears of a crackdown on women’s rights by the Taliban,” the BBC reported on September 15.

The Pakistan Football Federation plans to house the sports refugees at its headquarters in the eastern Pakistani city of Lahore “under tight security” for one month before they seek asylum in countries outside Pakistan, Zia told Reuters on September 15. 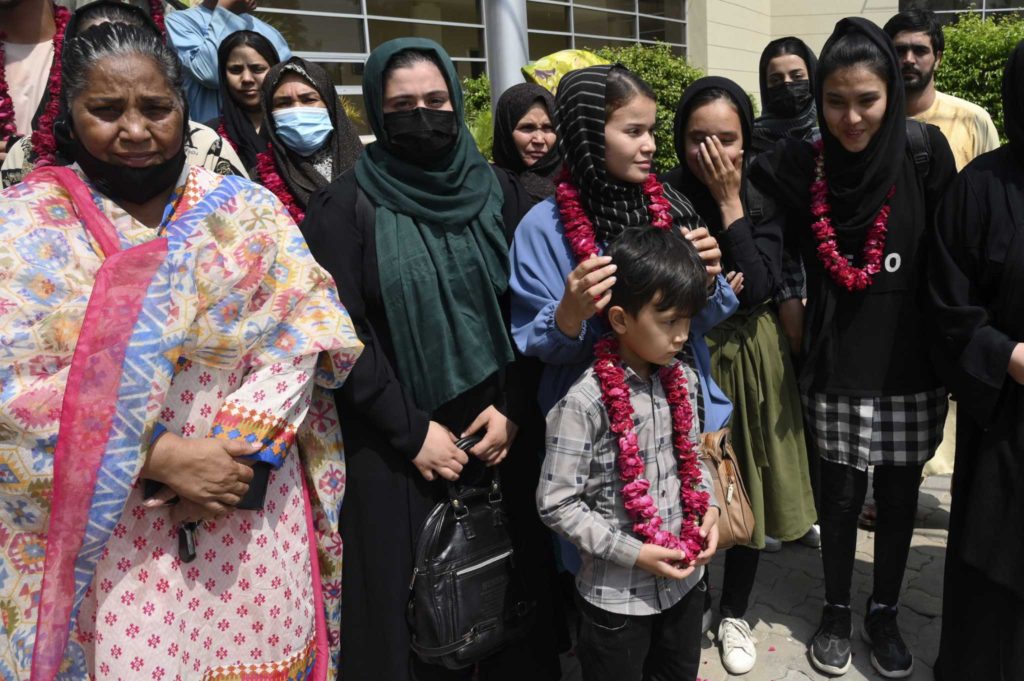 Members of Afghanistan’s women soccer team and their families pose for a photograph after they were greeted by officials of the Pakistan Football Federation, in Lahore, Pakistan, Wednesday, Sept. 15, 2021. Officials and local media said Wednesday that an unspecified number of Afghan women players and their family members were allowed to enter in Pakistan after apparently fleeing their country for security reasons. (AP Photo/Waleed Ahmed)

“They will go to some other country after 30 days as several international organizations are working towards settling them in any other country, including the U.K., U.S. and Australia,” he said.

An international organization known as The Football for Peace helped arrange the travel of Afghanistan’s junior national women’s soccer team to Pakistan. The group offered assistance after some team members wrote to Pakistan Prime Minister Imran Khan asking for permission to enter the country, citing alleged “grave threats” to their safety from the Taliban.

The Taliban terror group seized control of Afghanistan on August 15, reinstating its interpretation of Islamic law, or sharia, over the entire country. The Taliban previously banned girls and women from participating in sports went the Sunni Islam-based jihadist group last ruled Afghanistan from 1996-2001.

“Islam and the Islamic Emirate do not allow women to play cricket or play the kind of sports where they get exposed,” he said, using the Taliban’s official name for Afghanistan. 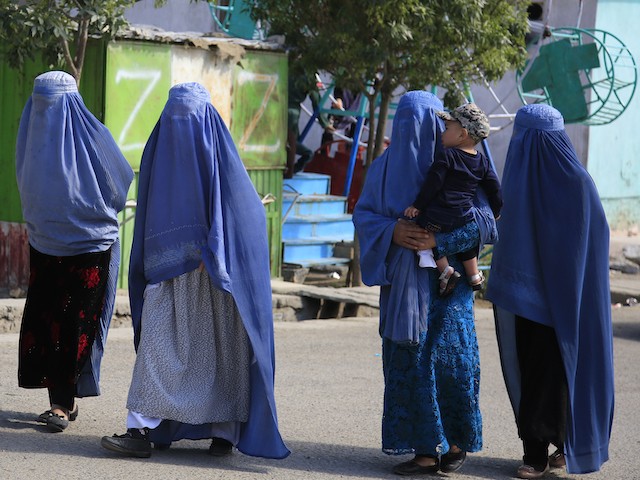 Afghan women walk on the road during the first day of Eid al-Fitr in Kabul, Afghanistan, Thursday, May 13, 2021. (AP Photo/Mariam Zuhaib)

Asked specifically by SBS if the Taliban would allow females to play cricket, Wasiq replied, “I don’t think women will be allowed to play cricket because it is not necessary that women should play cricket.”

“In cricket, they might face a situation where their face and body will not be covered. Islam does not allow women to be seen like this,” he explained.

“It is the media era, and there will be photos and videos, and then people watch it,” Wasiq added.