Russian President Vladimir Putin said on Tuesday he will “self-isolate” and cancel a planned trip to Tajikistan because unnamed members of his presidential entourage have been diagnosed with the Wuhan coronavirus.

Putin, who has reportedly been fully vaccinated with two doses of Russia’s Sputnik V, said he felt healthy and is confident he has not contracted the coronavirus.

“It’s a natural experiment. Let’s see how Sputnik V works in practice. I have quite high levels of antibodies. Let’s see how that plays out in real life. I hope everything will be as it should be,” he said.

According to Russian media reports, Putin made his decision after meeting with Russia’s Paralympic team on Monday.

“Problems with this COVID are even surfacing in my entourage,” Putin told the Paralympians. “I think I’ll be forced to quarantine myself soon. Many people around me are sick.”

Putin also met with Syrian dictator Bashar Assad on Monday, their first in-person meeting since 2018. Putin congratulated Assad on defeating the “terrorists” that tried to topple his government, a battle Assad won with extensive Russian ground and air support. 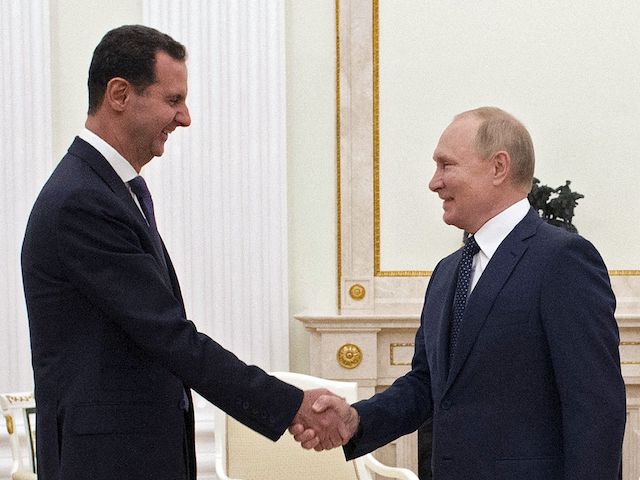 Putin complained that Syria’s major problem, now that Assad has regained control of roughly 90 percent of its territory, is the continuing presence of “foreign forces,” which are complicating Assad’s efforts to “consolidate the country and promote recovery.”

Of course, Putin was not referring to the Russian and Iranian forces that kept Assad on his throne; he was complaining about Turkish troops who have occupied Syrian border territory, purportedly to counter security threats from Kurdish separatists, and the small number of American troops deployed in Syria against the remnants of the Islamic State.

On Tuesday, Putin said one particular member of his entourage became sick with the coronavirus even though he had been fully vaccinated, presumably with Sputnik V. Putin said this individual received a booster shot after his antibody count dropped, but “judging by everything, that was a little late.”

Putin’s decision to self-isolate was applauded by Alexander Gintsburg, director of the Gamaleya Institute, developer of Sputnik V. 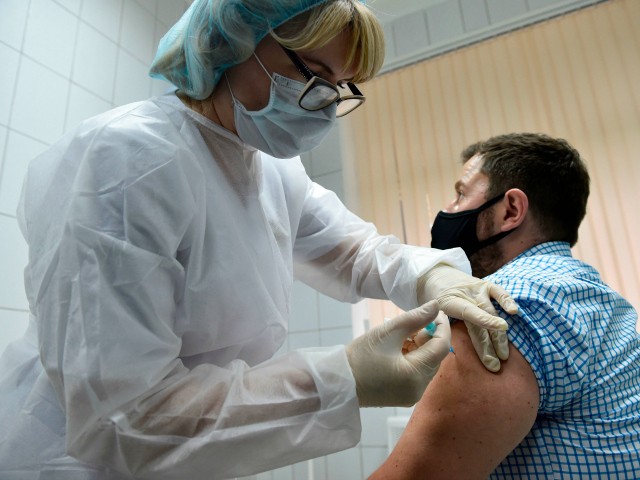 A nurse inoculates volunteer Ilya Dubrovin, 36, with Russia’s new coronavirus vaccine in trials at a clinic in Moscow on September 10, 2020. (Natalia Kolesnikova/AFP via Getty Images)

The Kremlin insisted Putin is “absolutely healthy” and his work schedule will not be significantly affected by self-isolation, although Putin said on Tuesday he would cancel his planned trip to a regional security conference in Tajikistan and participate by video conference instead.

“We all know that the vaccine is guaranteed to protect you from serious consequences, but cases of illness are still possible,” said Kremlin spokesman Dmitry Peskov.

Responding to questions about why Putin met with Assad, and especially with the Paralympic athletes, when he knew he might have been exposed to the coronavirus, Peskov insisted “no one’s health was put in danger.”

Assad, who claims to have already been sick with the coronavirus along with his wife, had not announced any decision about self-isolating as of Tuesday afternoon.