Beijing on Tuesday vowed to increase oversight of China’s already heavily censored internet as part of the Chinese Communist Party (CCP)’s efforts to craft a more “civilized” cyberspace environment based on the “guiding status of Marxism,” Xinhua reported.

The CCP’s Central Committee and State Council jointly issued a statement on September 14 outlining plans to “consolidate the guiding status of Marxism in the ideological cyberspace sphere, foster a common ideology among the whole [Communist] Party and the Chinese people, and interiorize core socialist values.”

“[Chinese] cyberspace will be governed under the law, which will crack down on and prevent online crimes,” the edict read, as quoted by Xinhua, China’s official state-run press agency.

Chinese news websites and online social media platforms should “promote education about the ruling Communist Party and its achievements,” according to the CCP’s State Council. 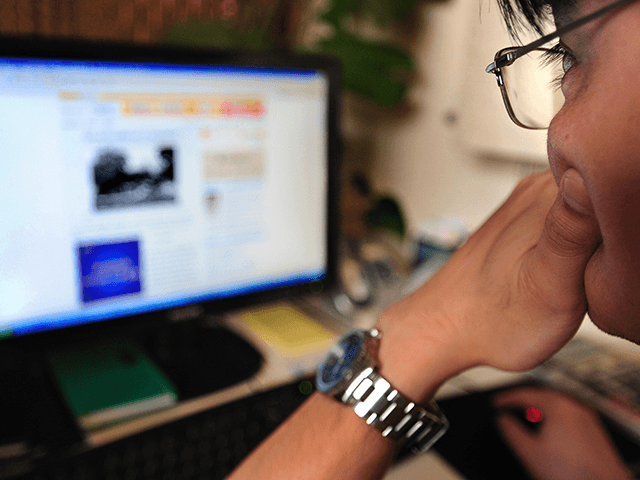 A man surfs the internet in Beijing on June 15, 2009. The designers of controversial Internet filtering software that China has ordered shipped with all new computers said they were trying to fix security glitches in the program. (Photo credit should read FREDERIC J. BROWN/AFP via Getty Images)

“A clear-cut stand should be taken against ‘historical nihilism,’ defined as any attempt to use the past to question the [Communist] party’s leading role or the ‘inevitability’ of Chinese socialism, and good moral values should be promoted, such as by publicizing cases involving model workers,” Tuesday’s guideline stated.

CCP internet censors should work to strengthen “behavioral norms” in cyberspace by “cultivating ethics and rules that conform to socialist core values,” the ruling party argued. These efforts would ultimately help to mold young Chinese citizens into “correct” and “safe” internet users.

Social media platforms allowed on China’s limited internet are now “required to improve self-discipline and governance” over content options such as “live streaming,” according to the new cyber rules.

Several Chinese government agencies, including China’s Cyberspace Administration and China’s Ministry of Public Security, issued regulations in April stipulating that Chinese live-streaming platforms must collect personal information and “social credit codes” from their users. The information will help state internet regulators to “immediately handle” any behavior on the platforms deemed illegal or “immoral” by the CCP. 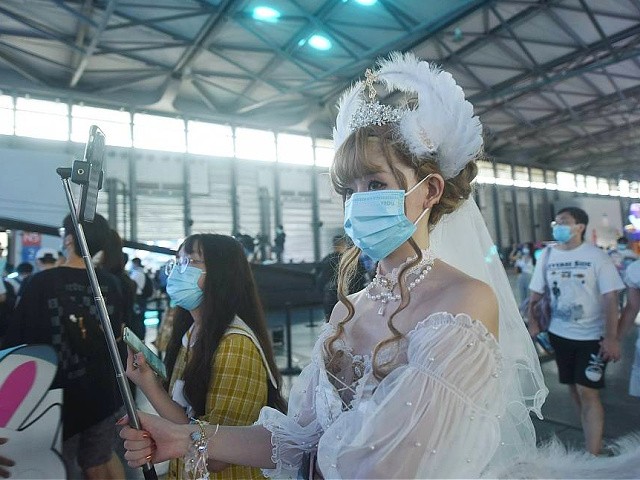 A cosplay fan wearing a face mask live streams during the annual China Digital Entertainment Expo and Conference, known as ChinaJoy, in Shanghai on July 31, 2020. (Photo by STR / AFP) / China OUT (Photo by STR/AFP via Getty Images)

The mandate took effect on May 25 and stipulated that “livestreamers will need to provide their real names as well as social credit codes to the livestreaming marketing platforms they use,” China’s state-run Global Times reported.

“The platforms will in turn have to submit their identity information and other information concerning tax to local tax authorities. Livestreamers will also need to be above the age of 16 unless they’re under [the] supervision of an adult,” according to the new guideline.

Livestream marketing has become an extremely popular and lucrative internet business model in China in recent years. China Daily, which is owned by the CCP’s publicity department, reported in April there were “about 24 million e-commerce livestreaming events on key online platforms” in China in 2020 “with an estimated total turnover exceeding 1 trillion yuan ($154 billion).” The newspaper cited the information from a report “jointly released by Chinese Association of Market Development, AliResearch — the research arm of the country’s e-commerce giant Alibaba — and Taobao Live” in March 2021.