KABUL, Afghanistan (AP) — Women in Afghanistan can continue to study in universities, including at post-graduate levels, but classrooms will be gender-segregated and Islamic dress is compulsory, the higher education minister in the new Taliban government said Sunday.

The minister, Abdul Baqi Haqqani, laid out the new policies at a news conference, several days after Afghanistan’s new rulers formed an all-male government. On Saturday, the Taliban had raised their flag over the presidential palace, signaling the start of the work of the new government.

The world has been watching closely to see to what extent the Taliban might act differently from their first time in power, in the late 1990s. During that era, girls and women were denied an education, and were excluded from public life.

The Taliban have suggested they have changed, including in their attitudes toward women. However, women have been banned from sports and the Taliban have used violence in recent days against women protesters demanding equal rights.

Haqqani said the Taliban did not want to turn the clock back 20 years. “We will start building on what exists today,” he said. 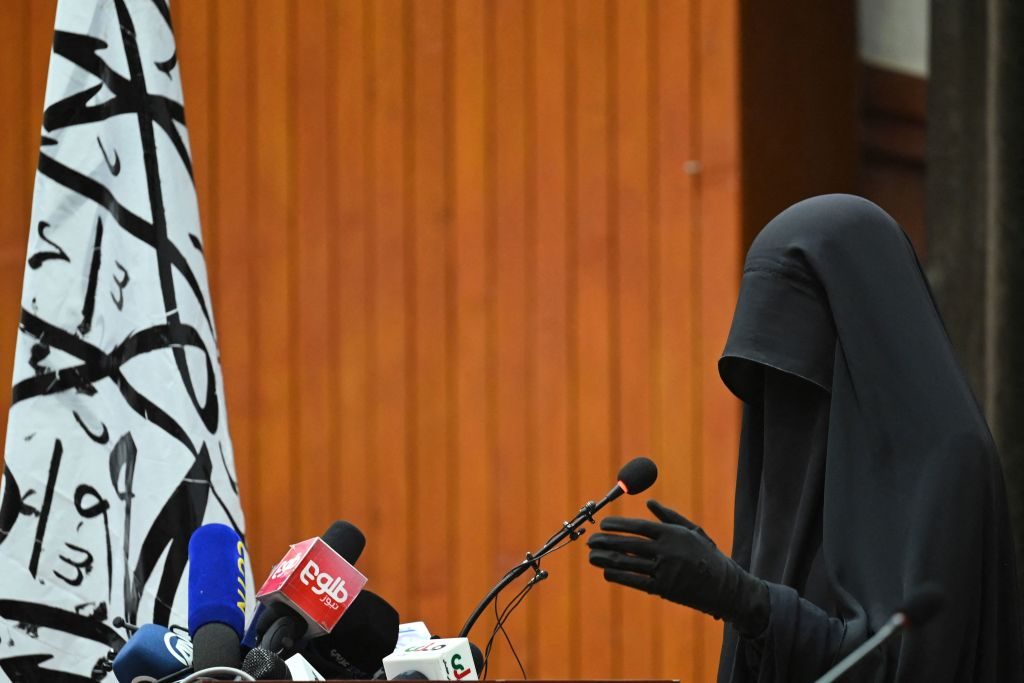 A veiled student speaks to a gathering of female students before a pro-Taliban rally at the Shaheed Rabbani Education University in Kabul on September 11, 2021. (AAMIR QURESHI/AFP via Getty Images)

However, female university students will face restrictions, including a compulsory dress code. Haqqani said hijabs will be mandatory but did not specify if this meant compulsory headscarves or also compulsory face coverings.

Haqqani said the subjects being taught would also be reviewed. While he did not elaborate, he said he wanted graduates of Afghanistan’s universities to be competitive with university graduates in the region and the rest of the world.

The Taliban, who subscribe to a strict interpretation of Islam, banned music and art during their previous time in power. This time around television has remained and news channels still show women presenters, but the Taliban messaging has been erratic.

In an interview on Afghanistan’s popular TOLO News, Taliban spokesman Syed Zekrullah Hashmi said women should give birth and raise children and while the Taliban have not ruled out eventual participation of women in government the spokesman said “it’s not necessary that women be in the Cabinet.” 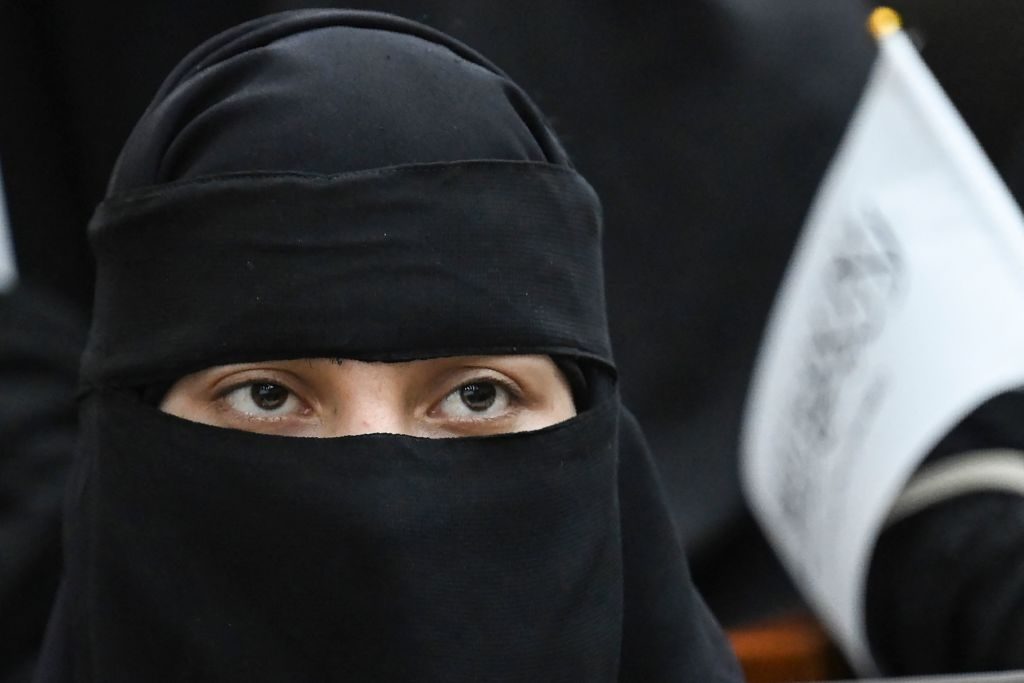 A veiled student holds a Taliban flag as they listen to a speaker before a pro-Taliban rally at the Shaheed Rabbani Education University in Kabul on September 11, 2021. (AAMIR QURESHI/AFP via Getty Images)

The Taliban seized power on Aug. 15, the day they overran the capital of Kabul after capturing outlying provinces in a rapid military campaign. They initially promised inclusiveness and a general amnesty for their former opponents, but many Afghans remain deeply fearful of the new rulers. Taliban police officials have beaten Afghan journalists, violently dispersed women’s protests and formed an all-male government despite saying initially they would invite broader representation.

The new higher education policy signals a change from the accepted practice before the Taliban takeover. Universities were co-ed, with men and women studying side by side, and female students did not have to abide by a dress code. However, the vast majority of female university students opted to wear headscarves in line with traditions.

In elementary and high schools, boys and girls were taught separately, even before the Taliban came to power. In high schools, girls had to wear tunics reaching to their knees and white headscarves, and jeans, makeup and jewelry were not permitted.