U.S. Customs and Border Protection (CBP) agents are reportedly investigating claims by young female Afghan refugees that they were raped and forced to marry much older men in order to escape from the Taliban.

Yahoo News on Wednesday cited U.S. officials who have seen “many incidents” of older Afghan men fleeing to the West with “apparently underage wives,” and quoted from an internal report that said CBP and other agencies are investigating child-bride cases.

“U.S. officials at intake centers in the United Arab Emirates and in Wisconsin have found many incidents in which Afghan girls have been presented to authorities as the wives of much older men,” said the report from the Department of Homeland Security’s (DHS) Office of Intelligence and Analysis. DHS oversees the CBP.

“Forced or coerced ‘marriages’ are indicative of the level of desperation Afghan families are willing to consider helping loved ones escape the Taliban and qualify for evacuation to Western countries,” the report asserted.

“The concern is, we’re seeing a lot of family units with very young girls. These girls are brought into the U.S. as wives. It’s not a small number,” an unnamed U.S. official told Yahoo News, blaming the problem on poor screening of the refugees.

“The reality is, overseas the vetting process sucks. There’s minimal vetting,” the official complained. “So now we have a 60-year-old guy with a 12-year-old girl saying, ‘That’s my wife.’”

Yahoo’s source noted the marriages in question would not be legal under American law, or even under the U.S.-backed government in Afghanistan which set the legal age of consent for marriage at 16 for girls and 18 for boys. (The age for girls was effectively 15, because 15-year-old girls were allowed to marry with their father’s permission.)

“Is there nefarious intent? Are these girls being rescued, or are they brought here for more nefarious purposes? We are just not sure. These are the concerns,” the official said.

A DHS spokesperson defended the vetting process as “robust and multi-layered” and said allegations of forced marriage would be taken “seriously” by all relevant U.S. government agencies.

The White House also defended the vetting process, but refused to comment on the reports of child sexual abuse and forced marriages. 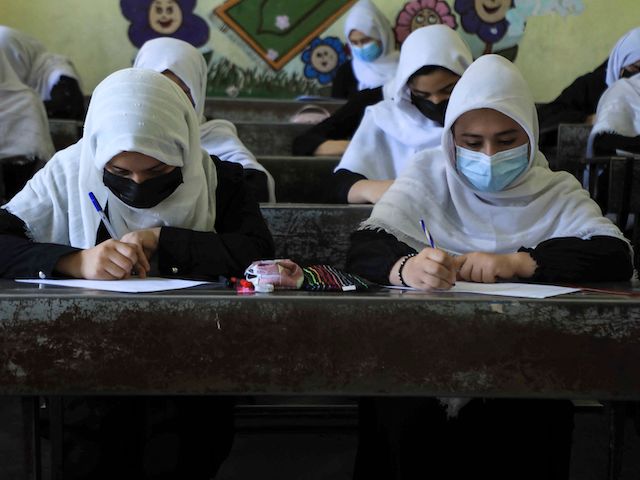 Schoolgirls attend class in Herat on August 17, 2021, following the Taliban’s takeover of the country. (Aref Karimi/AFP via Getty Images)

The first hints of trouble came from the Associated Press (AP) last week, with a September 3 report on U.S. agencies frantically seeking “urgent guidance” on how to deal with child brides among the huge stream of Afghan evacuees headed for the United States:

One internal document seen by The Associated Press says the State Department has sought “urgent guidance” from other agencies after purported child brides were brought to Fort McCoy in Wisconsin. Another document, described to the AP by officials familiar with it, says Afghan girls at a transit site in Abu Dhabi have alleged they have been raped by older men they were forced to marry in order to escape Afghanistan.

… An Aug. 27 situation report sent to all U.S. embassies and consulates abroad as well as military command centers in Florida points to potential issues involving young girls and older men, some of whom claim to have more than one wife at Fort McCoy, a sprawling 60,000-acre (243-square-kilometer) Army base in Wisconsin. Relevant portions of the document, titled “Afghanistan Task Force SitRep No. 63,” were obtained by the AP.

“There have been multiple cases of child brides and polygamous families from Afghanistan arriving at military bases here in America as part of their botched evacuation,” Sen. Ted Cruz (R-TX) said in response to the AP report.

“These reports are credible and horrifying. President [Joe] Biden had no plan for a secure, orderly, and responsible withdrawal from Afghanistan,” said Cruz, who sits on the Senate Foreign Relations Committee. 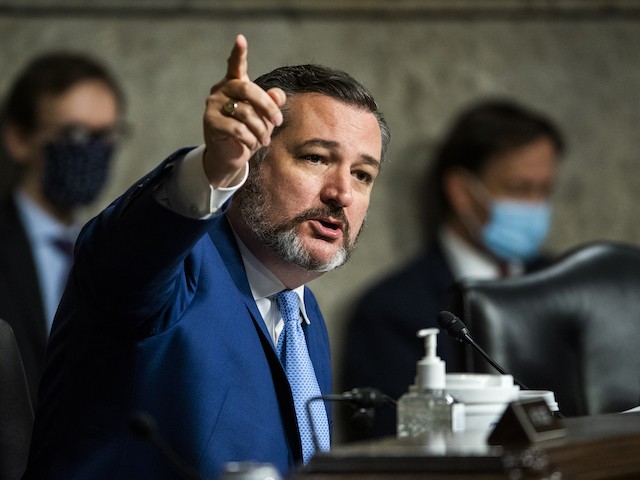 CBS News confirmed on September 7 that it has also heard reports of Afghan girls forced into marriage while trying to gain access to the Kabul airport.

The United Nations Population Fund for Afghanistan (UNFPA) described child marriage as “illegal but widespread” before the Taliban takeover, particularly in “rural areas” near the Pakistani border.

“Child marriages are usually aimed at strengthening ties with rival families and tribes, as part of deals or to settle debts and disputes. Poor families often end up selling daughters for large dowries from wealthy people and the husbands are usually much older,” UNFPA noted. 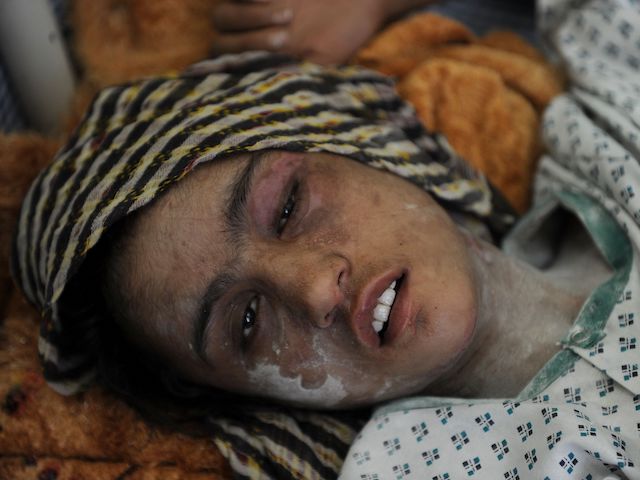 Afghan child bride Sahar Gul, 15, lies in a bed as she recovers at the Wazir Akbar Khan hospital in Kabul on January 12, 2012. Sahar was burned and beaten and had her fingernails pulled out after she defied efforts from her husband to force her into prostitution. (Shah Marai/AFP via Getty Images)

The agency estimated that almost ten percent of adolescent Afghan females give birth every year, with a mortality rate over double that of women aged 20-24.

Underage boys were also sometimes married off to older women in Afghanistan, a problem the United Nations Children’s Fund (UNICEF) described as “underreported” in 2019.