North Korean leader Kim Jong-un attended the parade, though he did not deliver an address at the ceremony as he did at a military procession last autumn.

Thursday’s spectacle, complete with fireworks and thousands in attendance, marked North Korea’s third such display over the past year. The East Asian country previously held military parades in October 2020 and January 2021, when it used the events as opportunities to unveil new intercontinental ballistic missiles. 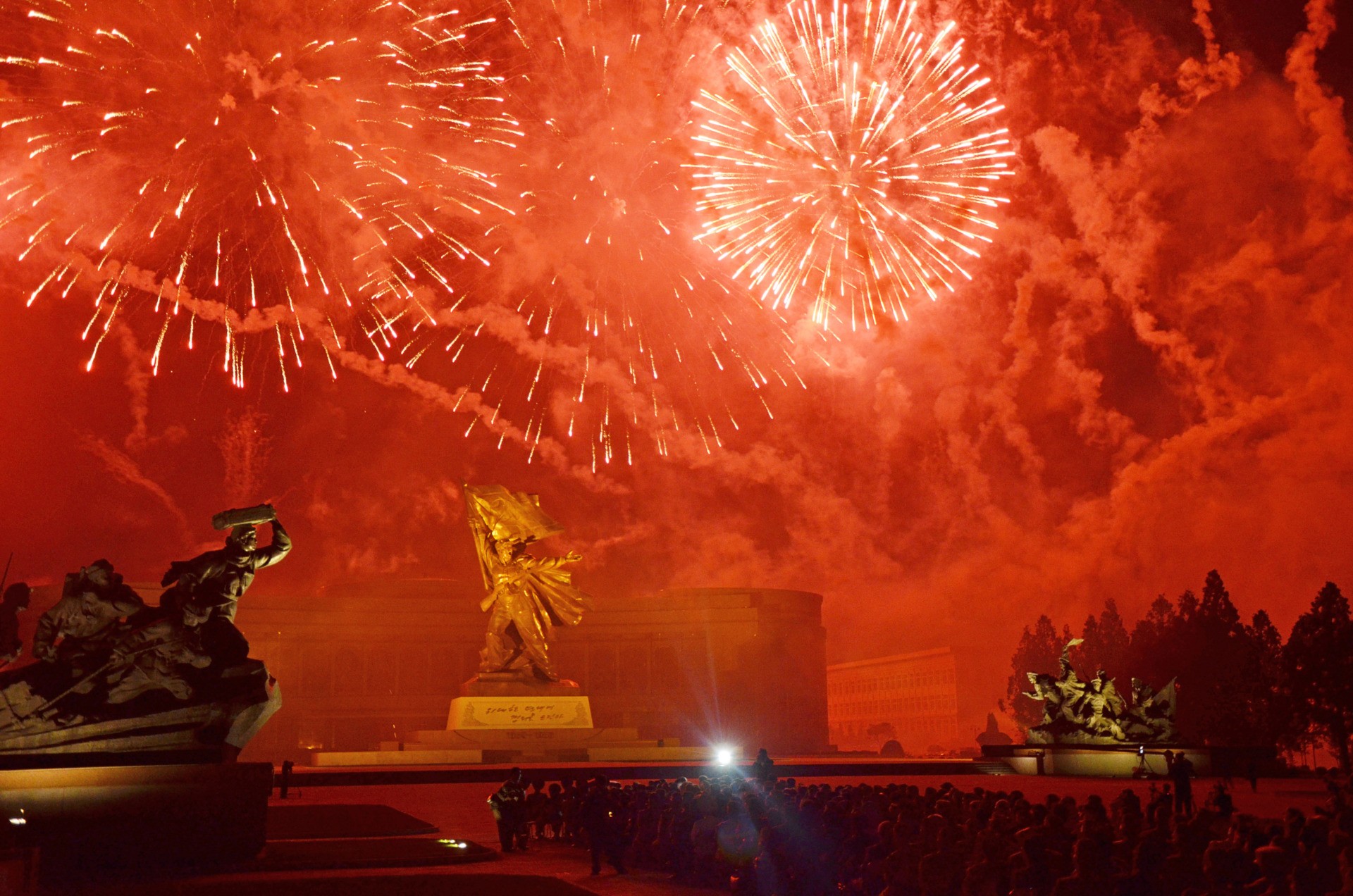 No new strategic weapons were debuted during North Korea’s latest military procession on Thursday, which instead focused on domestic issues. 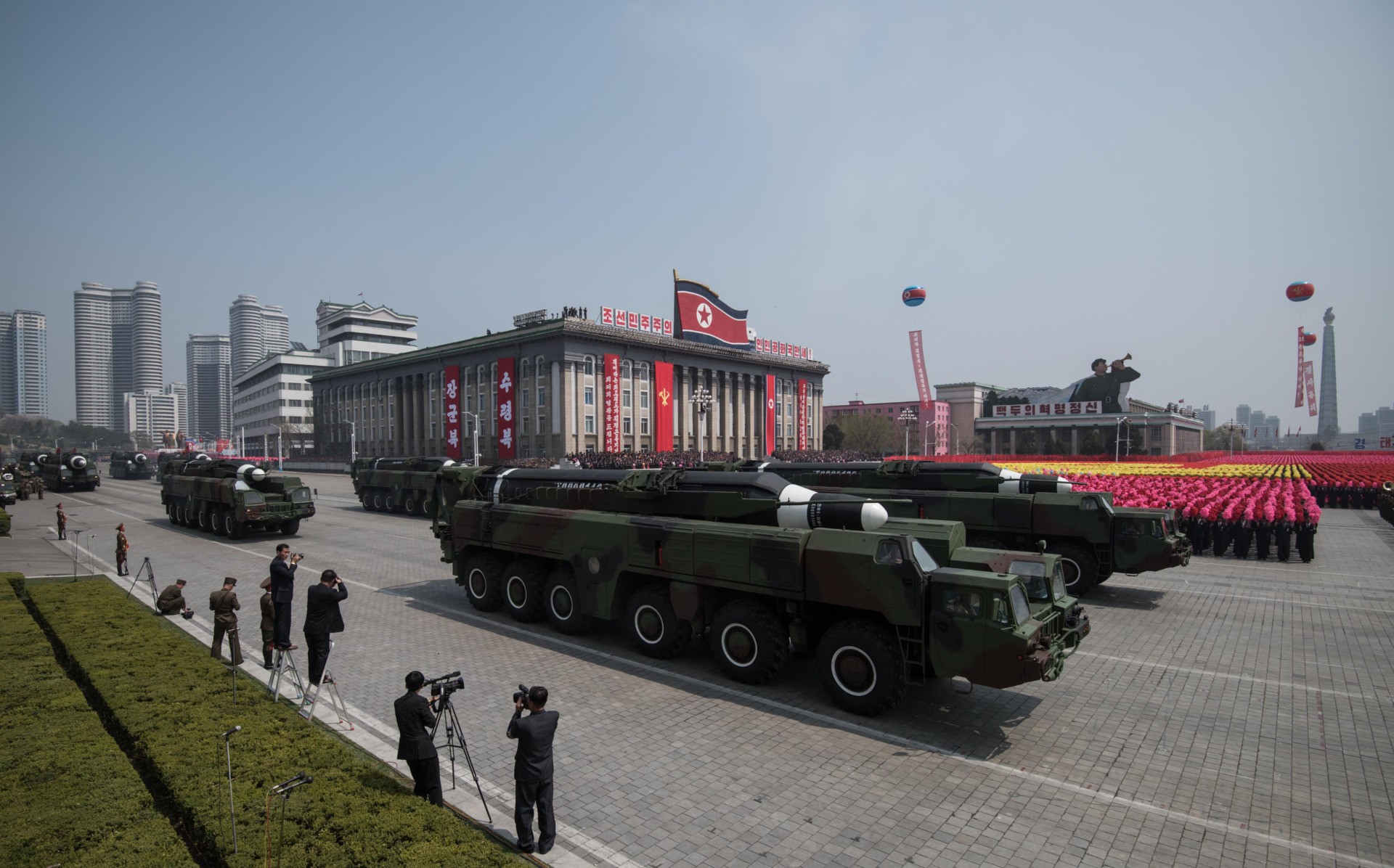 An unidentified missile and mobile launcher makes its way through Kim Il-Sung square during a military parade. (ED JONES/AFP via Getty Images).

“The parade was mostly led by the Worker-Peasant Red Guards (WPRG),” according to the North Korean state news agency.

The WPRG is a North Korean civilian defense organization comprised of roughly 5.7 million workers and farmers, or about 25 percent of the national population. North Korea launched the reserve force in 1959 upon the exit of Chinese forces from the Korean Peninsula in 1958. The Chinese People’s Volunteer Army supported North Korea in its fight against South Korea during the Korean War (1950-1953). Pyongyang last incorporated the WPRG into a military parade in 2013. 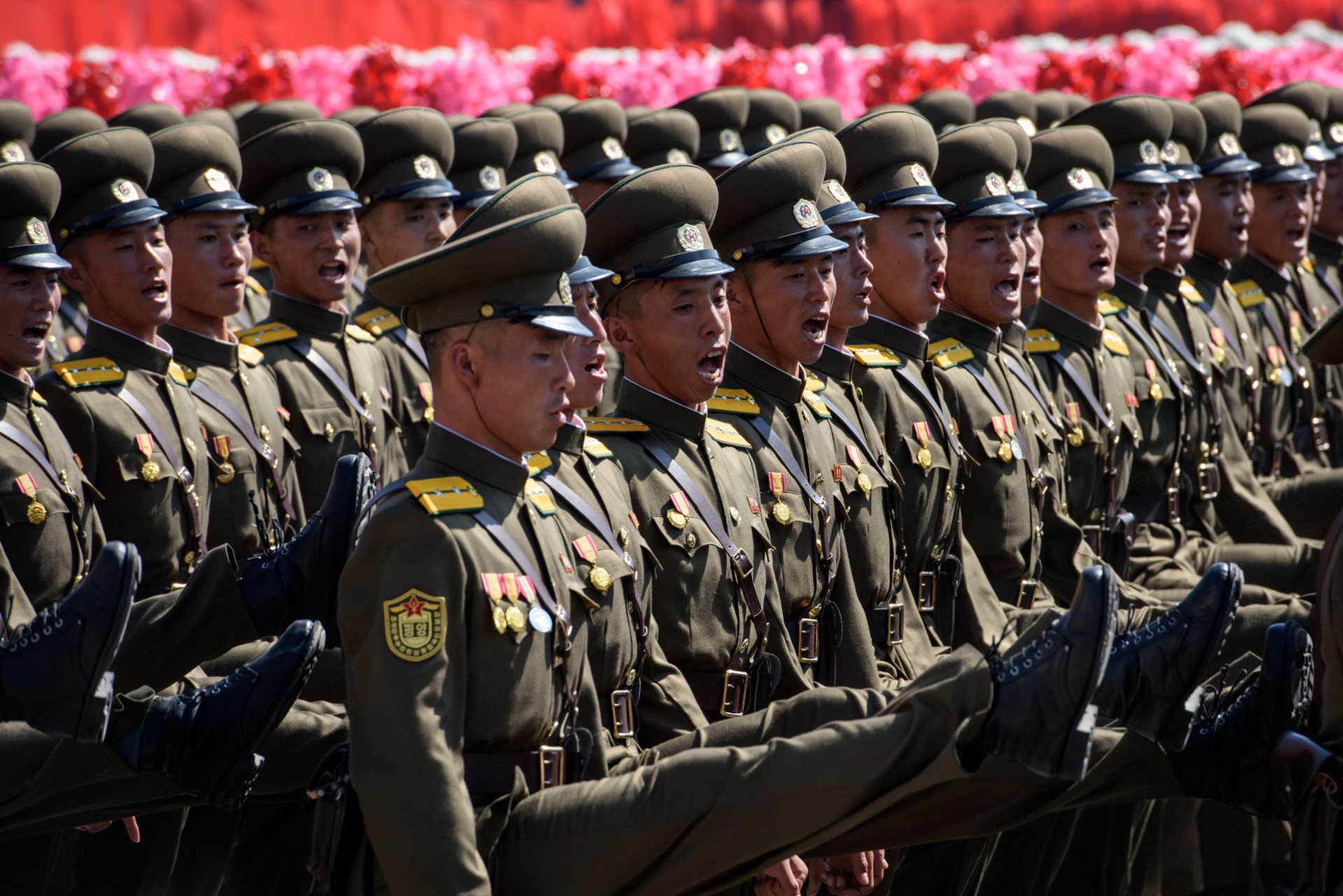 Ri Il-hwan, a party secretary of North Korea’s ruling Workers’ Party of Korea (WPK), delivered a speech at Thursday’s military procession that reinforced Pyongyang’s determination to remain independent of both South Korea and the greater world.

“The government of the republic will firmly defend the dignity and the fundamental interests of our people and solve everything our own way with our own efforts on the principle of self-reliance and self-development under any circumstances,” Ri said, as quoted by KCNA.

“Even when our country endured unprecedented challenges and hardships that no other country in the world has faced, our country did not alter its course,” Ri told a crowd of thousands of people packed into Kim Il-sung square.

The massive audience at Thursday’s parade appeared maskless and did not bother with social distancing as recommended by many health officials during the current Chinese coronavirus pandemic. North Korea has officially denied having any Chinese coronavirus infections among its domestic population. Observers believe the country may have suffered outbreaks of the disease because of the swift and strict measures it took at the pandemic’s outset, such as shutting its border with China in January 2020.

North Korea recently turned down a donation of three million Chinese-made coronavirus vaccines from the United Nations (U.N.), a UNICEF spokesperson confirmed on September 1. Pyongyang told the U.N. agency the inoculations “should be sent to severely affected countries” instead.

North Korea’s military parade on September 9 included a cohort of people marching in bright orange hazmat suits and gas masks, apparently in a nod to the country’s anti-epidemic efforts.

“The columns of emergency epidemic prevention and the Ministry of Public Health were full of patriotic enthusiasm to display the advantages of the socialist system all over the world, while firmly protecting the security of the country and its people from the worldwide pandemic,” KCNA wrote of the neon cavalcade.

“A police unit carrying rifles rode through Kim Il Sung Square on horseback, while ‘military reconnaissance’ canines intended to ‘thoroughly suppress and mop-up the maneuvers of the enemies as the red beasts of the class struggle’ marched in the procession as well,” NK News detailed, citing the state-run newspaper Rodong Sinmun.

“As for the military weaponry on display, the largest guns appeared to be artillery units towed by farmers on tractors who are reportedly trained to ‘pound the aggressors and their vassal forces with annihilating firepower in case of emergency,'” the North Korean news site added.