Credit Suisse is allegedly closing a bank account operated by the Chinese artist Ai Weiwei due to his alleged “criminal record,” despite the dissident saying he has never been convicted of a crime, Ai told Reuters in an article published Tuesday.

“Credit Suisse initially informed me that they had a new policy to terminate all bank accounts which are related to people with criminal records,” Ai told Reuters in an emailed statement.

The news agency did not disclose the correspondence date for Ai’s email, though he previously revealed in a blog post that Credit Suisse first contacted him in March regarding the termination of his bank account.

The Chinese national, who currently resides in Portugal, added that the Swiss bank “had been asked at the time to move the funds before September,” though Ai did not specify who had allegedly requested the action. 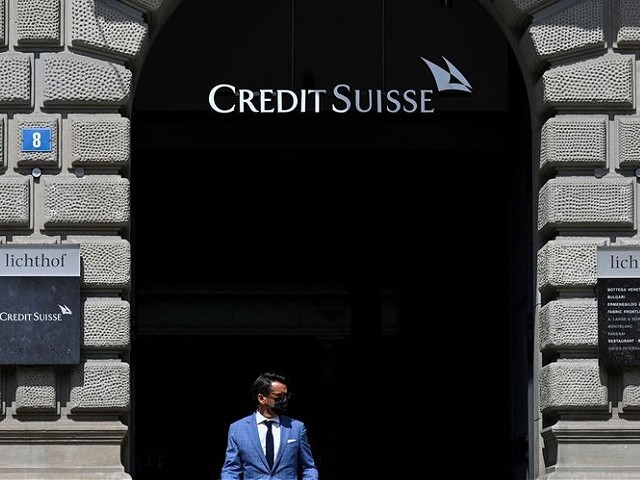 People pass by the headquarters of Swiss bank Credit Suisse in Zurich on August 9, 2021. (Photo by SEBASTIEN BOZON/AFP via Getty Images)

Reuters said on Tuesday it contacted Credit Suisse about the alleged closure of Ai’s account but the Zürich-based bank “declined to comment on any of his allegations, saying it does not discuss ‘potential or existing client relationships.'”

Ai is a contemporary artist best known for helping to design the “Bird’s Nest” stadium for the 2008 Beijing Olympics. Officially named the Beijing National Stadium, the venue was created in 2007 for use throughout the 2008 Summer Olympic games and will be used again for the upcoming 2022 Winter Olympics in Beijing.

Despite Ai’s prominence within China as a nationally recognized artist in the years leading up to 2008, he fell out with Beijing by 2011 over his steady criticism of human rights abuses by the Chinese Communist Party. Police in Beijing arrested Ai in April 2011 for alleged “economic crimes” and subsequently detained him for 81 days. Ai told Reuters on Tuesday he was never formally convicted of a crime in the years since the 2011 detention.

Ai further told Reuters that Credit Suisse allegedly “called him on June 24” to say the bank would like to close his account “as soon as possible.” The artist said the account in question “belonged to a free speech and arts foundation he started in 2016,” though he did not name the organization.

This photo taken on August 1, 2018, shows the National Stadium, known as the Bird’s Nest, which was built for the 2008 Beijing Olympic Games, in Beijing. (Photo credit should read GREG BAKER/AFP via Getty Images)

Ai claimed that Credit Suisse managers he spoke to on June 24 “referred to an interview he had done with a Swiss newspaper several days before, in which he criticized Swiss people for voting in favor of tighter ‘anti-immigrant policies’ as a reason for the closure.”

The Chinese artist revealed to Reuters on September 7 his Credit Suisse account was “currently in the process of being closed and could only be used in a very limited manner,” adding that “funds still needed to be moved out of it.”

“Many major Western banks, including Credit Suisse, have made winning business from China’s ever-growing ranks for the ultra-wealthy a central part of their strategies,” Reuters noted on Tuesday. “However, this has thrown up geopolitical issues for several of them when trying to stay in favor with Beijing.”

Reuters reported exclusively in July 2020 that global wealth managers, including Credit Suisse, were allegedly scrutinizing some clients to determine if they had ties to Hong Kong’s pro-democracy movement, which lasted from about June 2019 to June 2020.

Prominent banks with significant business in Hong Kong were attempting to “avoid getting caught in the crosshairs of China’s new national security law” by vetting their clients for possible links to the quashed movement, Reuters reported at the time, citing six anonymous people “with knowledge of the matter.”