The exercise involved “infantry, artillery, army aviation, special operation forces, electronic warfare, engineers and chemical defense units,” according to descriptions provided by an unidentified narrator of the video. The PLA did not disclose when the drill took place. 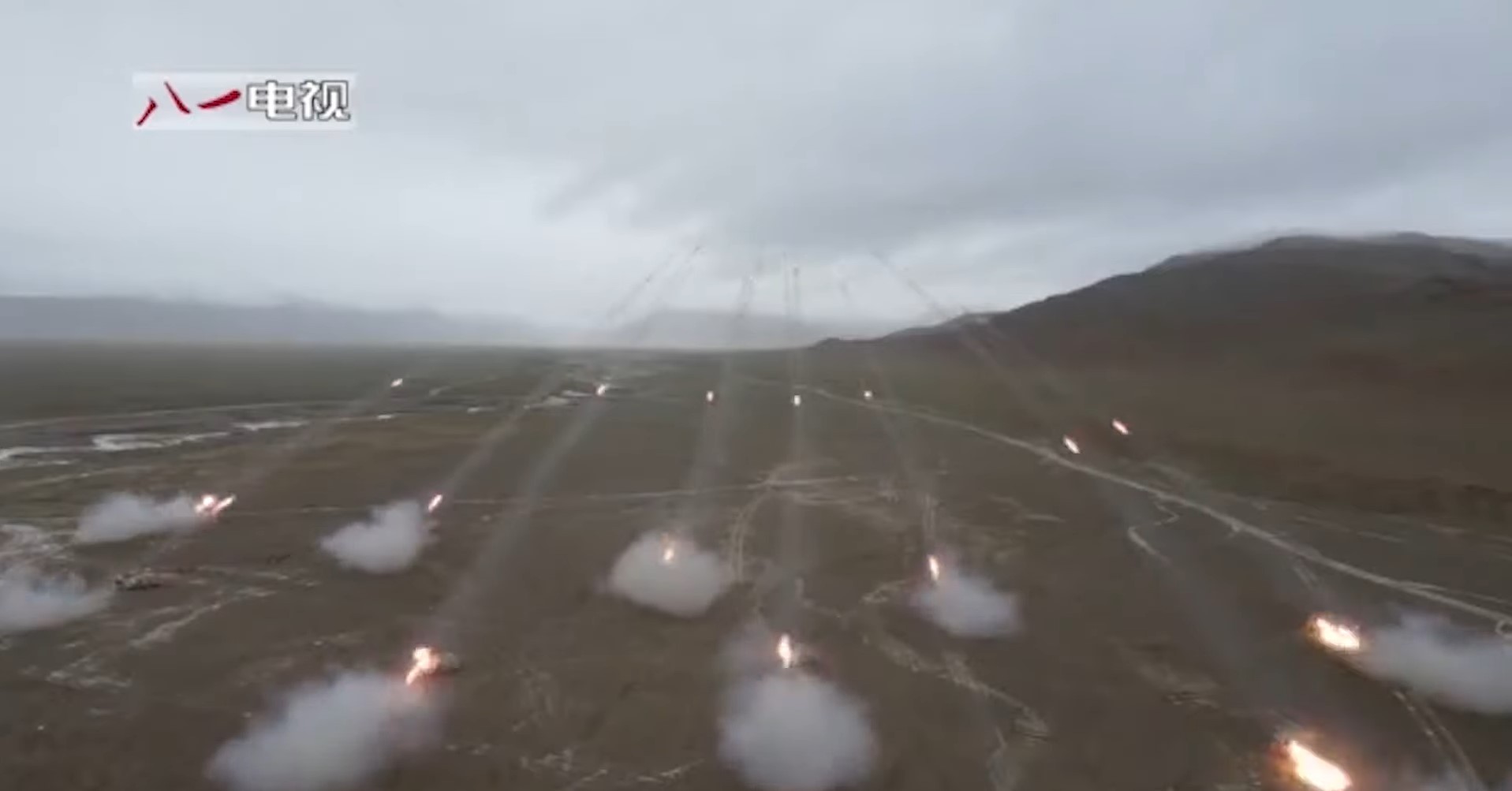 PLA conducts drills in the Himalayas/Tibet. (Screenshot via YouTube).

The video’s narrator further stated that the PLA’s mock occupation of a Himalayan command center was “designed to test the ability of the various units to work together, as well as use new weapons systems deployed to the region in recent months.” 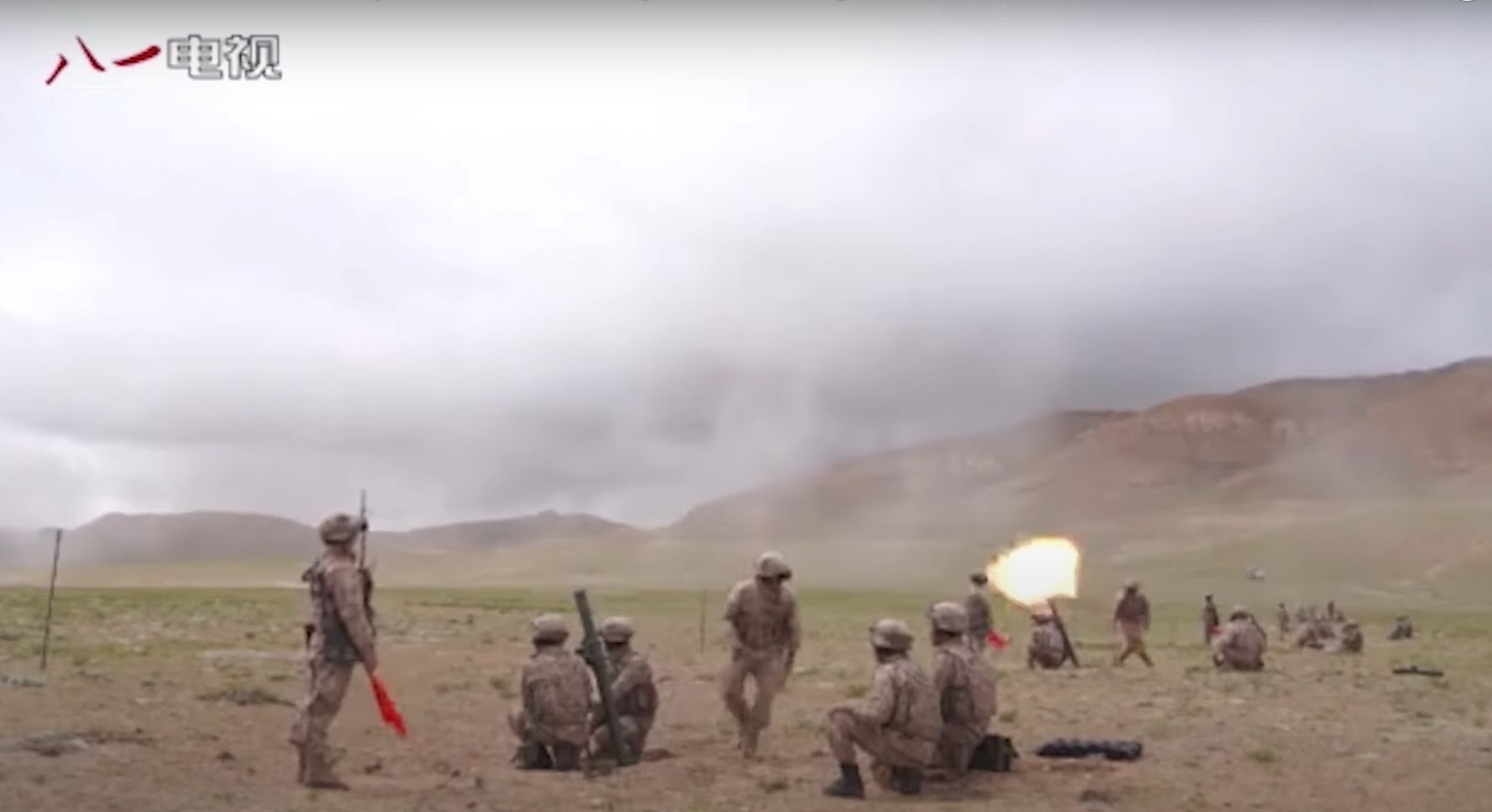 PLA conducts drills in the Himalayas/Tibet. (Screenshot via YouTube).

While the Chinese military did not reveal the identity of its intended enemy during the drill, a former PLA instructor named Song Zhongping told the Post on Monday he believed the adversary in the exercise was meant to represent India. China is currently engaged in a border standoff with India along their unmarked Himalayan boundary. The ongoing dispute sparked after China’s PLA ambushed an Indian border regiment in a deadly attack in June 2020 in northern India’s Ladakh state. Beijing has since beefed up its political and military presence in and near Tibet, which borders India to its north, as part of its continued efforts to project strength along its Himalayan border. 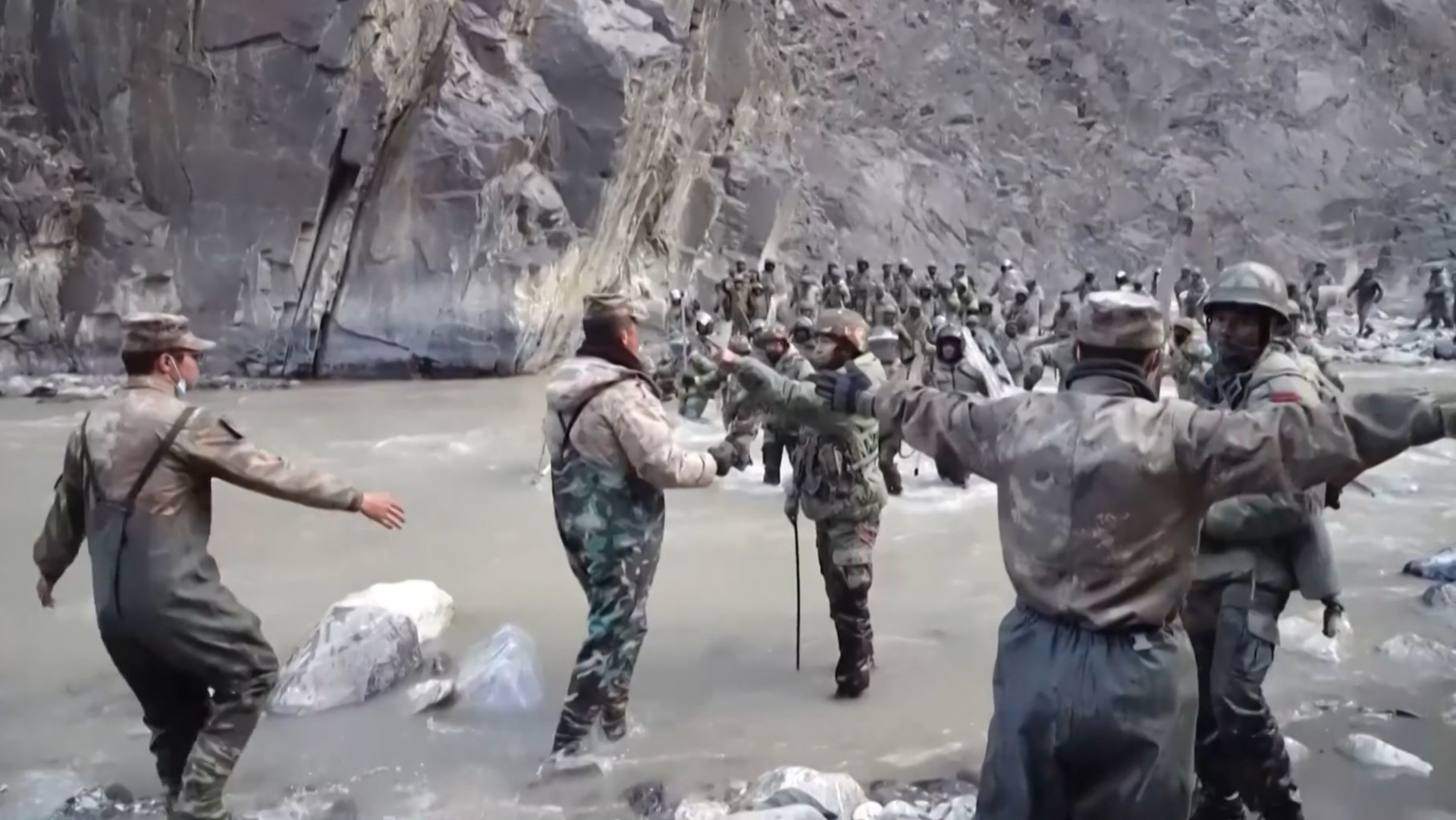 This video frame grab taken from footage recorded in mid-June 2020 and released by China Central Television (CCTV) on February 20, 2021 shows Chinese (foreground) and Indian soldiers (R, background) during an incident where troops from both countries clashed in the Line of Actual Control (LAC) in the Galwan Valley, in the Karakoram Mountains in the Himalayas. (-/CCTV/AFP via Getty Images).

“It’s very clear that the PLA’s simulated enemy in these multi-unit joint drills is their Indian counterpart in the Himalayas, with the goal of the training aimed at testing the high-altitude air defense and offence of the Tibet Military District,” Song told the Post.

“In the video clip, the Tibetan artillery troops showed that they are able to use long-range rocket launchers to stage precision strikes, while air defense missile systems could knock down incoming cruise missiles from the hostile side,” the ex-PLA instructor explained.