Zabihullah Mujahid, a spokesman for the Taliban, requested the United States formally recognize the terrorist organization as the government of Afghanistan on Tuesday, less than 24 hours after the last American serviceman departed the country.

The Taliban has been engaged in a 20-year war against America prompted by the jihadist attacks against the U.S. on September 11, 2001. While Washington had organized a plan to end the occupation and withdraw from Afghanistan by May 1, 2021, as part of a negotiated agreement with the Taliban, President Joe Biden chose not to honor the deal, extending the war for another four months.

During those months, the Taliban swept through most of the country’s provinces, taking them over with minimal resistance, before arriving in Kabul and deposing the U.S.-backed government on August 15. Taliban leaders asserted that Biden’s refusal to abide by the agreement meant that they were no longer beholden to its provisions requiring the jihadists not to attack U.S. forces or ally with international terrorist organizations. 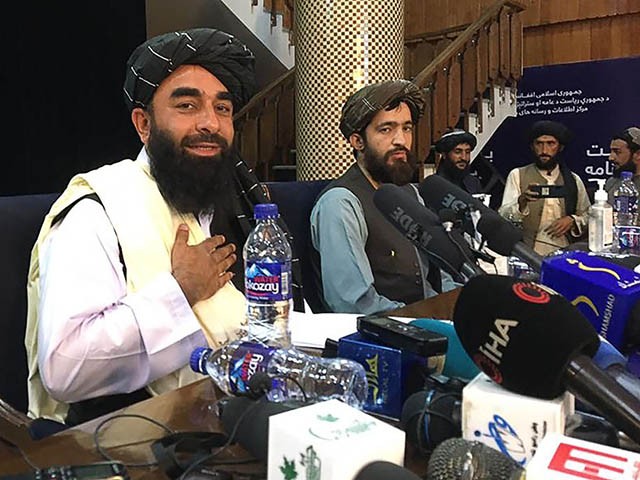 Taliban spokesperson Zabihullah Mujahid (L) gestures as he arrives to hold the first press conference in Kabul on August 17, 2021, following the Taliban’s takeover of Afghanistan. (Hoshang Hashimi/AFP via Getty Images)

Biden had first changed the May 1 deadline to September 11, but later readjusted it to August 31. The last American forces reportedly departed Afghanistan on late Monday local time, leaving behind hundreds of Americans, according to the Pentagon.

Mujahid, the Taliban spokesman, independently confirmed the U.S. departure before Taliban jihadists organized celebrations at Kabul’s international airport. In remarks to reporters on Tuesday, Mujahid said the jihadist organization would now seek friendly relations with the United States as it would with the rest of the world, given that the Afghan War had allegedly ended.

“We want all countries in the world, including the United States, to recognize us,” Mujahid said, according to the Afghan news network Tolo News. “We are part of the world. We assure you that the soil of Afghanistan will not be used against any country or anyone.” 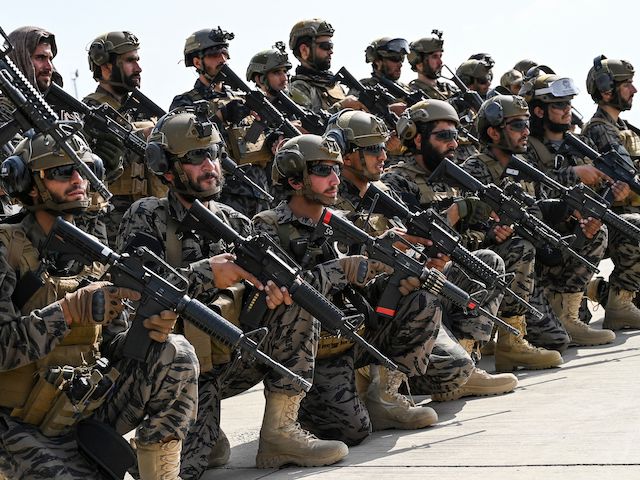 Members of the Taliban Badri 313 military unit take a position at the airport in Kabul on August 31, 2021, after the US has pulled all its troops out of the country to end a brutal 20-year war — one that started and ended with the hardline Islamist in power. (Wakil Kohsar/AFP via Getty Images)

“Our message to the world is peaceful and the world should reconsider us,” Mujahid reportedly asserted.

Elsewhere in remarks Tuesday, Mujahid repeated the near-incessant calls by the Taliban for foreign investment to help the terrorist organization remain in power on a long-term basis. Mujahid admitted that the Taliban, and Afghanistan generally, faced “economic challenges,” according to Tolo, that would require significant increases in trade with the rest of the world.

Mujahid says that the new government will try to attract foreign investment, but such engagements should not influence Afghanistan’s sovereignty and should be based on mutual cooperation and interests.#Afghanistan

“Foreign aid should not lead to another occupation in Afghanistan,” the spokesman warned.

The U.S. government was among the first to freeze Afghan government assets following former President Ashraf Ghani’s flight from Kabul on August 15, blocking Taliban terrorists from accessing those funds – estimated at about $9 billion in reserves. Both the International Monetary Fund (IMF) and the World Bank froze Afghanistan’s aid accounts shortly thereafter.

Despite this, the Biden administration has hinted that it may, at some point, recognize the Taliban. Secretary of State Antony Blinken said in the immediate aftermath of the Taliban’s takeover that Biden could work with the Taliban if it “upholds the basic rights of its people and that doesn’t harbor terrorists.”

Another Taliban spokesman, Suhail Shaheen, denounced the frozen assets shortly after the Taliban takeover as “an injustice” and urged the international community to subsidize a Taliban regime in the country. 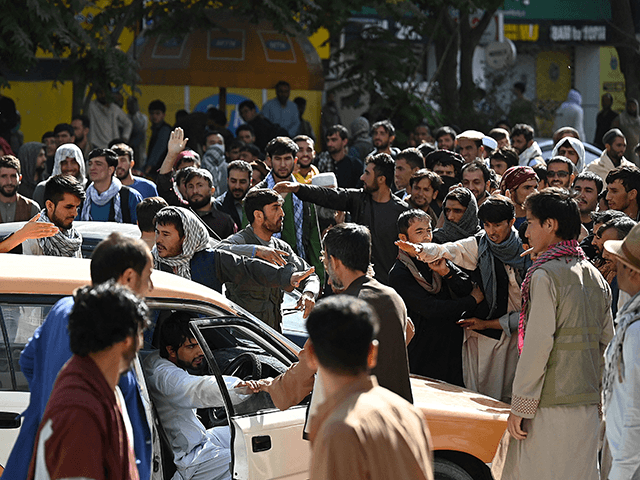 Shaheen implored China to invest in the Taliban once again in an interview published by the South China Morning Post on Tuesday.

“China, our great neighboring country, can have a constructive and positive role in the reconstruction of Afghanistan and also in the economic development and prosperity of the people of Afghanistan. It is expected [that] China [will] play its role,” the newspaper quoted the spokesman as saying.

The Chinese Communist Party has not formally recognized the Taliban as the government of Afghanistan, but has indicated that it is open to doing so. In the immediate aftermath of the fall of Kabul, Chinese Foreign Ministry spokesman Hua Chunying stated that Beijing would “respect the will and choice of the Afghan people,” apparently implying that the Taliban’s violent siege was a manifestation of democracy (the Taliban has insisted, “there will be no democracy at all”).

The Chinese government, through its social media arms, has indicated that Chinese state-owned companies are interested in investing in a Taliban-run Afghanistan. It has also warned the Biden administration not to sanction the Taliban in response to its decades-long history of human rights atrocities and urged the United States to invest financially in the Taliban’s success.

“In the face of the fundamental changes in the domestic situation in Afghanistan, it is necessary for the international community to engage with the Taliban, and actively provide them with guidance,” China’s representative to the U.N. Security Council, Geng Shuang, said on Monday. “The international community should provide Afghanistan with urgently needed assistance for the economy, livelihood and humanitarian needs in order to help the new authority maintain the normal operations of governing.”

Geng blamed all “chaos” in Afghanistan on “the hasty and disorderly withdrawal of foreign troops” 20 years after their arrival and urged NATO countries, the United States at the forefront of that group, to pay the Taliban to rebuild the country. 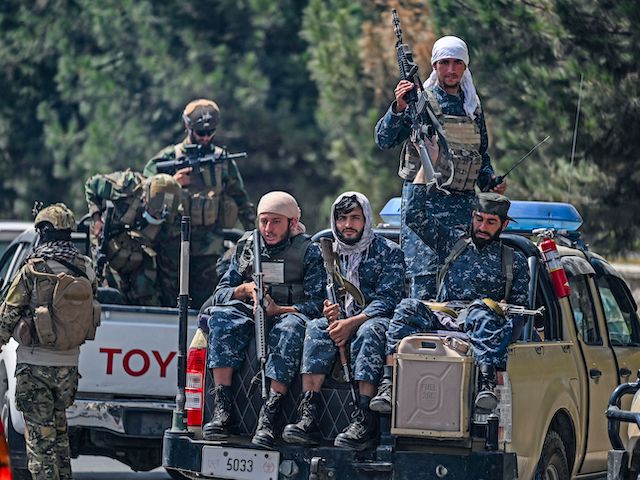 Taliban fighters patrol along a street in Kabul on August 29, 2021. (Aamir Qureshi/AFP via Getty Images)

“These countries should be responsible for what they have done in the past 20 years, and fulfill their commitments towards the peaceful rebuilding of Afghanistan,” Geng asserted. “They cannot claim to care about Afghan people’s welfare, while imposing unilateral sanctions, or claim to support Afghanistan’s acceleration of economic and social development, while seizing and freezing Afghanistan’s overseas assets.”

The Security Council adopted a resolution on Monday urging the Taliban to respect basic human rights, which China abstained from voting on.