The Taliban took over the country on August 15 following the abrupt departure of former President Ashraf Ghani. While not recognized by any other state as the formal government of Afghanistan, the Taliban control almost the entirety of the country, including the presidential palace, and have appointed several cabinet-level officials to administer the state. The Communist Party of China has not formally recognized the Taliban as the government of Afghanistan but referred to its violent takeover of the country as “the will and choice of the Afghan people.”

“Wang said the domestic situation in Afghanistan has fundamentally changed and it is necessary for all parties to engage with and actively guide the Taliban, especially the US” in his phone call with Blinken, according to the state-run Global Times propaganda newspaper.

In the official Chinese Foreign Ministry statement on the conversation between the two diplomats, the Communist Party quoted Wang as demanding “concrete actions” against terrorism instead of “adopting double standards,” presumably a criticism of the 20-year “war on terror” that began with the invasion of Afghanistan in 2001. The remarks did not explicitly say those concrete actions should benefit the Taliban, but urged Washington to “provide Afghanistan with urgently needed economic, livelihood, and humanitarian help.” As the Taliban is the only functional pseudo-government entity in charge of the country at press time, this aid would presumably go to help it establish itself more stably.

Wang also reportedly blamed the United States for the entirety of the ongoing chaos in Afghanistan, despite the Taliban’s 1996-2001 rule being defined by terrorism and human rights atrocities long before America entered the country in response to the September 11 al-Qaeda attacks. He appeared to hint that a more prolonged American military presence in the country may be necessary.

“Facts have proved once again that the Afghan war has not achieved its goal of eradicating terrorist forces in Afghanistan and a precipitate withdrawal of US and NATO forces could provide opportunities for various terrorist groups in Afghanistan to return,” Wang reportedly told Blinken. The statement stopped short of requesting American troops stay in the country beyond the August 31 deadline created by President Joe Biden, violating an agreement between the Taliban and the U.S. government that would have seen troops depart by May 1.

“The United States needs to work with the international community to provide Afghanistan with urgently needed economic, livelihood, and humanitarian help to help the new regime maintain the normal operation of government institutions,” Wang reportedly continued, “maintain public security and stability, curb currency depreciation and price increases, and embark on the road of peaceful reconstruction as soon as possible.” 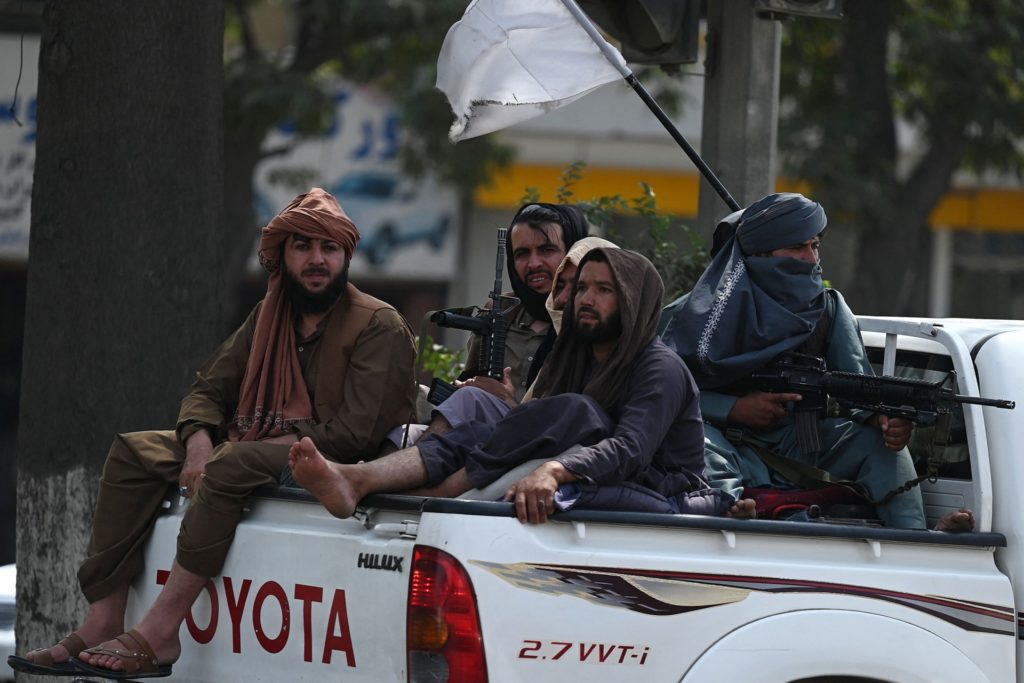 Taliban fighters patrol along a street in Kabul on August 29, 2021, as suicide bomb threats hung over the final phase of the US military’s airlift operation from Kabul, with President Joe Biden warning another attack was highly likely before the evacuations end. (AAMIR QURESHI/AFP via Getty Images)

The Chinese Foreign Ministry’s version of what occurred on the Wang-Blinken call did not indicate that Blinken pushed back on Wang’s criticism of the U.S.’s withdrawal from the country or in any way challenged his Chinese counterpart on the increasingly disruptive role Beijing is playing in the rise of the Taliban, whose delegations it has hosted. Chinese companies have expressed interest in investing in the Taliban and the Communist Party has warned against any sanctions on the terrorist group over its ongoing human rights violations.

Instead, the Global Times claimed that Blinken told Wang that the “international community” should urge the Taliban to “guarantee that the Afghan people will receive humanitarian aid and avoid becoming a haven for terrorism.”

The State Department, through spokesman Ned Price, issued a statement confirming that the call occurred but offering a different interpretation. Price’s statement claimed that the two diplomats discussed “holding the Taliban accountable,” which no Chinese report on the phone call mentioned.

“Secretary of State Antony J. Blinken spoke today with PRC State Councilor and Foreign Minister Wang Yi about the importance of the international community holding the Taliban accountable,” Price said, “for the public commitments they have made regarding the safe passage and freedom to travel for Afghans and foreign nationals.”

The Global Times, in a separate commentary on the call, celebrated it as a sign that the Biden administration was aware of the “messy situation it has caused in Afghanistan” with its allegedly poorly planned military exit from the country and now needed to rely on China to fix it.

“Given China’s smooth communication with the Afghan Taliban, by making the phone call, Blinken wanted to seek China’s assistance to help it accomplish the withdrawal from Afghanistan as the August 31 deadline has come,” the state propaganda outlet claimed, citing one of its signature pro-Communist Party “experts,” an alleged research fellow in Lanzhou.

Another government-approved “expert” claimed, “Blinken expected China to take over the situation and clear up the mess it has created in Afghanistan.” 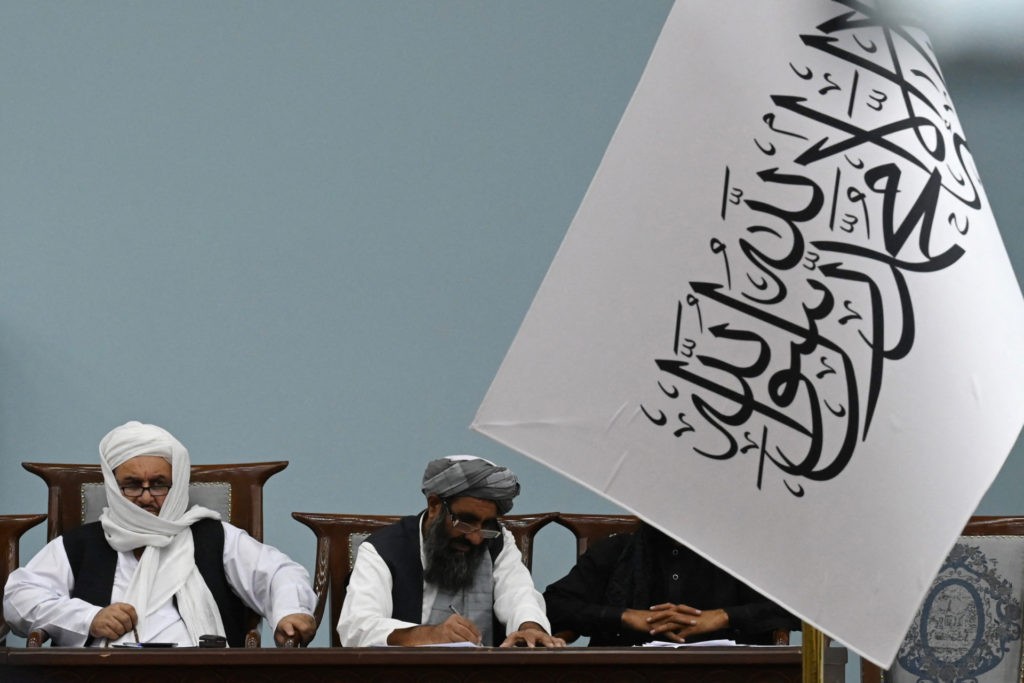 Talibans acting Higher Education Minister Abdul Baqi Haqqani (L) attends a consultative meeting on Taliban’s general higher education policies at the Loya Jirga Hall in Kabul on August 29, 2021. -Afghan women will be allowed to study at university but there would be a ban on mixed classes under their rule, Haqqani said. (AAMIR QURESHI/AFP via Getty Images)

“His remarks revealed the US’ selfishness – its focus is to safely finish the evacuation of its citizens, and it asked help from the international community to achieve it,” “research fellow” Li Weijian reportedly said. As the Global Times, the Chinese Foreign Ministry, and the State Department did not quote Blinken, it remains unclear which of Blinken’s comments offended Li.

Li added emphasis to the point that China will refuse to take in Afghan refugees. Thousands, at least, of civilians have begun attempting to flee the country, both attempting to get on flights out of Kabul’s international airport and attempting to cross the nation’s borders into neighboring countries like Tajikistan and Pakistan. China shares a border with Afghanistan but has refused to take in a single refugee; the United States is believed to have taken in over 50,000.