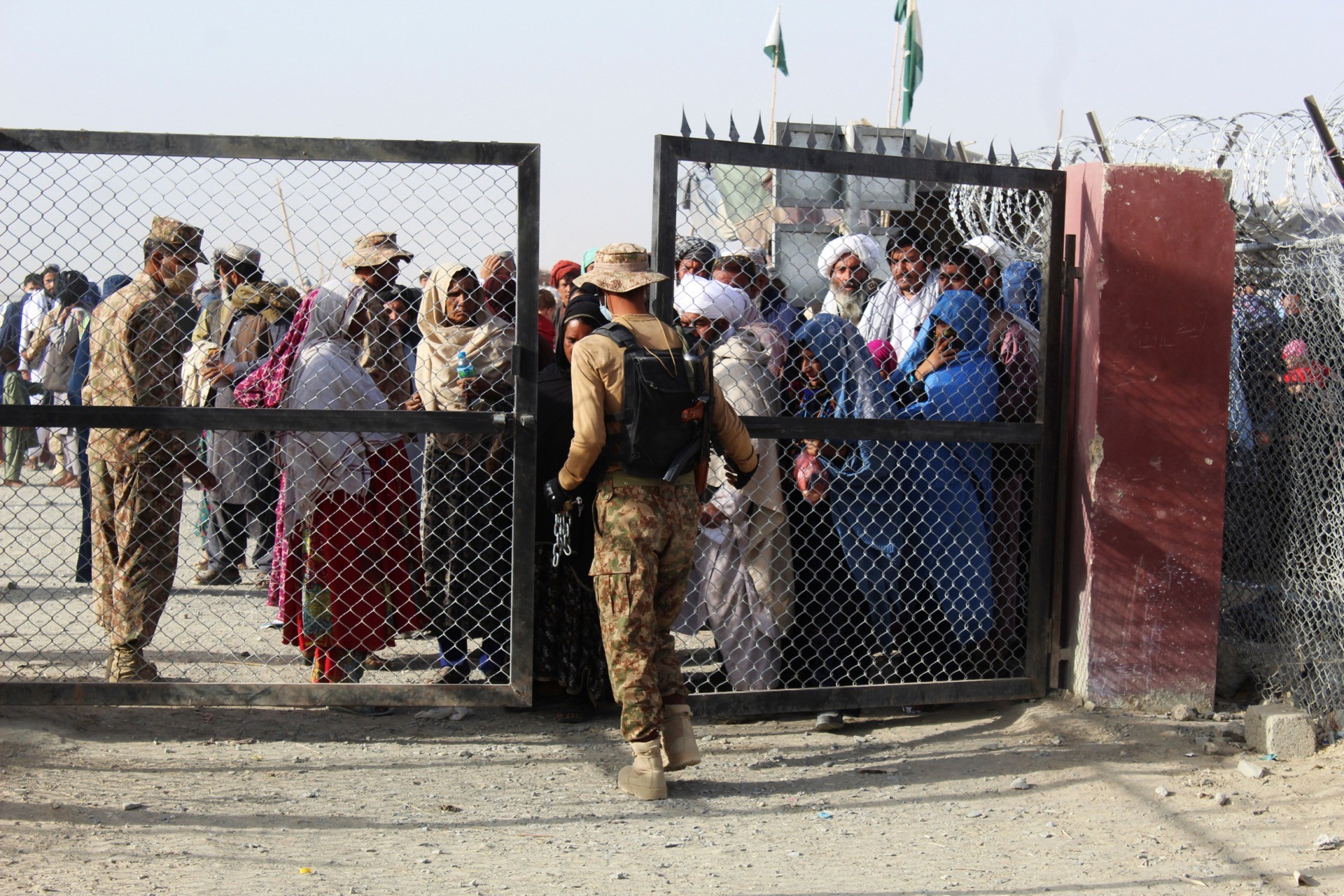 A Pakistani soldier holds a gate as Afghan and Pakistani people wait to enter Pakistan from Afghanistan through the Pakistan-Afghanistan border crossing point in Chaman. (-/AFP via Getty Images).

“Some sources confirmed six people were killed and two others injured in the incident,” the news outlet revealed, adding that provincial officials in Nangarhar “have not spoken about the incident.”

“We have closed the border on the government’s directives because Pakistan cannot afford to house more refugees. Pakistan is already home to three million Afghans,” the border official said. 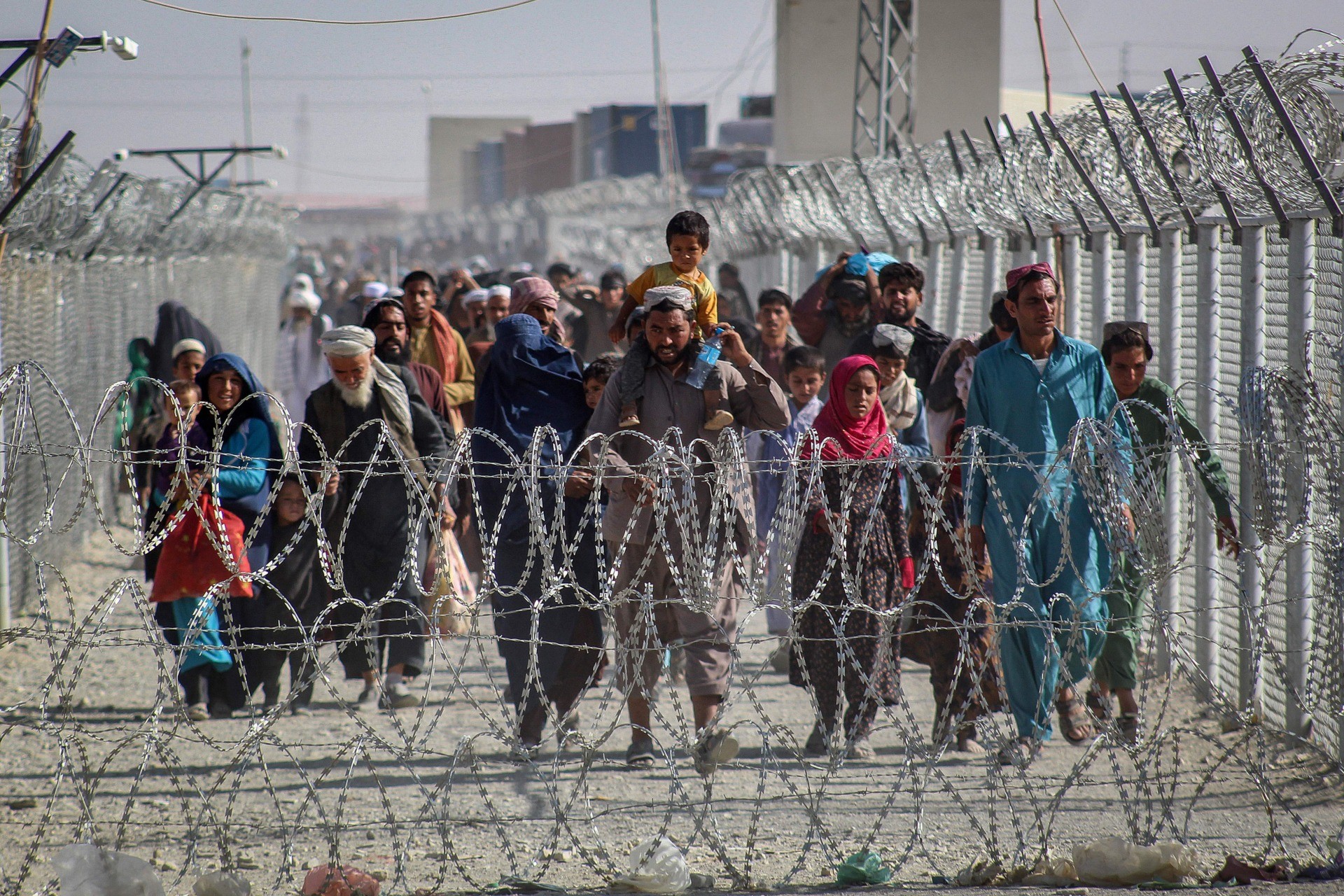 Afghans walk along fences as they arrive in Pakistan through the Pakistan-Afghanistan border crossing point in Chaman on August 24, 2021 following Taliban’s military takeover of Afghanistan. (-/AFP via Getty Images).

The Torkham border crossing is located about 140 miles east of Kabul, Afghanistan’s national capital and seat of government. The Taliban invaded and seized control of Kabul on August 15, prompting thousands of the city’s residents to evacuate the city via Hamid Karzai International Airport. The mass evacuation efforts at the airport were severely hampered by attacks from Taliban militants, as well as stampedes. At least 20 people died trying to escape Kabul via the airport in recent days.

The airport was further attacked on Thursday by an unknown suicide bomber killing at least 13 U.S. military personnel, 169 Afghans, and wounding dozens more. The Islamic State took responsibility for the attack. 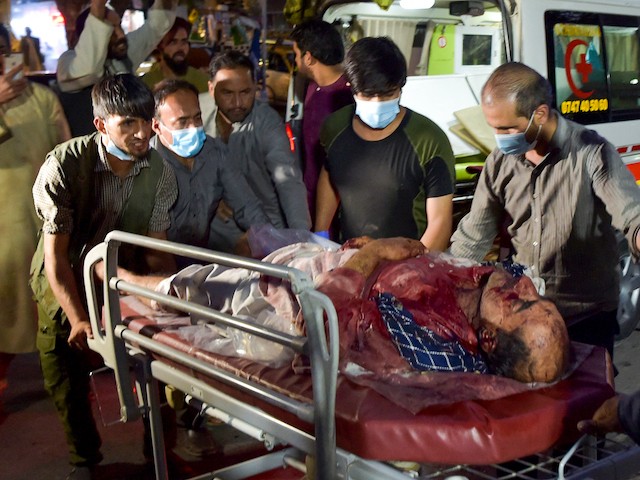 EDITORS NOTE: Graphic content / Volunteers and medical staff bring an injured man for treatment after two powerful explosions, which killed at least six people, outside the airport in Kabul on August 26, 2021. (Photo by Wakil KOHSAR / AFP) (Photo by WAKIL KOHSAR/AFP via Getty Images)

Many Afghans still desperate to escape Kabul have forgone the city’s chaos-ridden airport and instead ventured east on foot in an effort to cross into neighboring Pakistan via established border crossings, such as Torkham. Thousands of Afghans — including an unknown number of recently freed Taliban prisoners — streamed into Pakistan via its Chaman border crossing with Afghanistan last week, Al Jazeera reported on August 17. 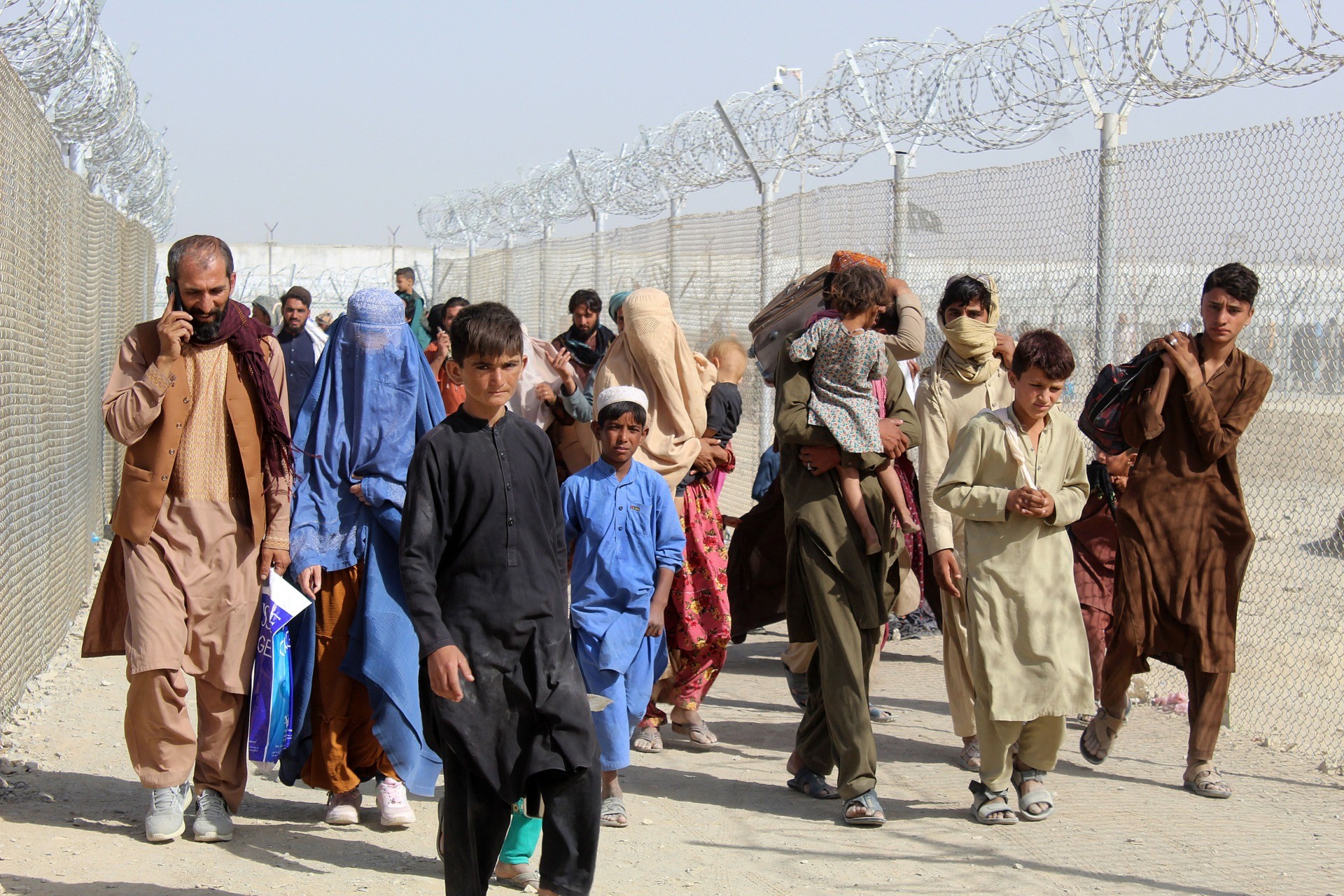 Afghan people walk inside a fenced corridor as they enter Pakistan at the Pakistan-Afghanistan border crossing point in Chaman on August 25, 2021 following the Taliban’s stunning military takeover of Afghanistan. (-/AFP via Getty Images).

“Thousands crowded through a newly installed passage for Afghan travellers into Pakistan at Chaman, with people directed through a wire-link fence topped with barbed wire from the international border to a transportation hub located less than a kilometre away,” according to Al Jazeera, which interviewed immigration officials from both sides of the border crossing, as well as Afghan travelers.

“Many of those gathered at the border told Al Jazeera that they were there to receive relatives who had been released from Afghan prisons by the Taliban,” the Qatari news outlet revealed.