Turkey’s President Tayyip Erdogan said on Friday talks are ongoing with the Taliban over a request for support to run Kabul airport once foreign forces have left the country.

Erdogan said calm should be restored in Kabul before making a decision on the airport, adding there was a risk of getting “sucked in” to a situation that still remains fluid.

“The Taliban have made a request regarding the operation of the Kabul airport. They say, ‘We’ll ensure security and you can operate it’. But we have not made a decision yet because there is always a possibility of death and such things there,” Erdogan told a news conference in Istanbul before leaving for a visit to Bosnia, the Reuters report outlined. 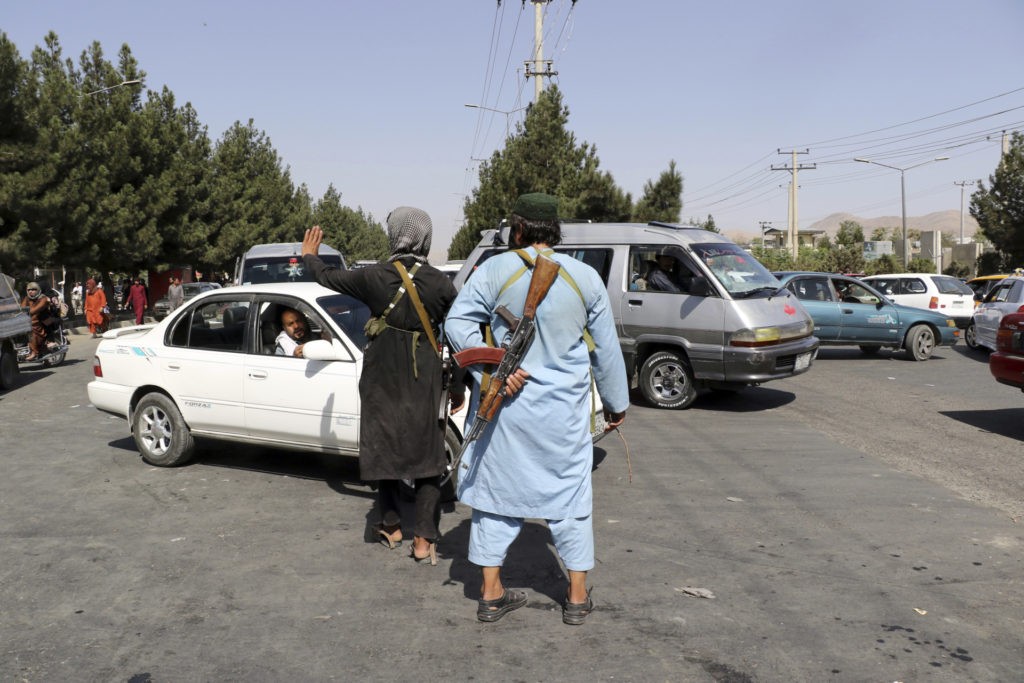 Taliban fighters stand guard outside Kabul airport after Thursday’s deadly attacks that transformed a scene of desperation into one of horror in the waning days of an airlift for those fleeing the Taliban takeover. (AP Photo/Wali Sabawoon)

Turkey has praised what it described as moderate statements by the Taliban since they captured Kabul on Aug. 15. Erdogan on Friday repeated Ankara will continue holding talks with the group and would evaluate ties once a new government is formed.

As Breitbart News reported, Turkey began its military withdrawal from Afghanistan on Wednesday ahead of the terror bombings.

“Turkish Armed Forces are returning to our homeland with the pride of successfully fulfilling the task entrusted to them,” the Defense Ministry said at the time.

Among other tasks, the Turkish military was in charge of security at Kabul’s international airport and a civilian team to replace them is now being requested by the Taliban with talks progressing even as the Biden administration admits it too is negotiating with the Taliban.

Biden Admin: We Will Continue Coordination with Taliban to Get Americans Out After U.S. Troops Leave pic.twitter.com/LcCJ03d63s

In July, Turkey offered to take responsibility for security at Hamid Karzai International Airport after other NATO forces withdrew. About 500 Turkish troops were stationed in Afghanistan at the time.

Turkey argued that, as NATO’s only Muslim-majority nation and the only one to maintain cordial diplomatic relations with the Taliban, it would be well suited to provide airport security for what was then envisioned as a hybrid government, rather than an outright Taliban conquest of the entire country.

As Turkey and the Taliban continued their negotiations, emergency civilian evacuation flights resumed from the airport early Friday morning while U.S. officials warned further terrorist attacks can be expected.