“China and Russia are keen to recognize Afghanistan’s new government,” the Afghan news outlet Pajhwok reported Monday, referring to the Taliban regime that stormed into power in Kabul on August 15.

The Pajhwok report also speculated that the U.S. government was far less likely to go along with recognizing the Taliban as the legitimate government of Afghanistan. In an interview shortly after the Taliban ousted the U.S.-backed Afghan government, American Secretary of State Antony Blinken said the administration of President Joe Biden was open to working with a government that “upholds the basic rights of its people and that doesn’t harbor terrorists.”

The Taliban itself is a terrorist organization and, while spokesmen have repeatedly insisted the jihadists would recognize basic human rights while ruling, widespread reports surfaced nearly immediately after the Taliban takeover that jihadists were violently assaulting people, including American citizens. Women in journalism and other public-facing careers reported that Taliban jihadis had begun preventing them from reaching their offices and reports began surfacing of extreme abuses against women and girls throughout the country. 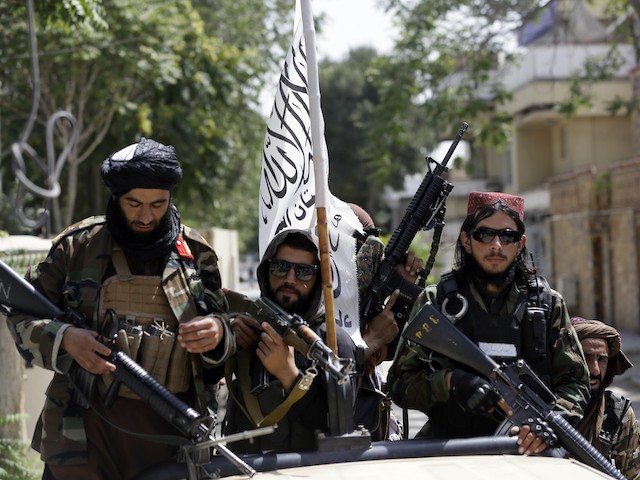 Taliban fighters display their flag on patrol in Kabul, Afghanistan, Thursday, Aug. 19, 2021. The Taliban celebrated Afghanistan’s Independence Day on Thursday by declaring they beat the United States, but challenges to their rule ranging from running a country severely short on cash and bureaucrats to potentially facing an armed opposition began to emerge. (AP Photo/Rahmat Gul)

Pajhwok cited “analysts” who said that Russia and China, neighbors to Afghanistan, would likely seek a situation that maximizes stability in the region. The report is the latest of several suggesting that both nations, enemy states to America, may soon embrace the legitimacy of the Taliban despite the discord between their national authoritarian regimes and the Taliban’s adherence to radical Islam. China is an atheist communist state, while under leader Vladimir Putin Moscow maintains a less ideologically defined authoritarian state centered on the longtime ruler.

“An opportunistic China is certain to exploit the new opening to make strategic inroads into mineral-rich Afghanistan and deepen its penetration of Pakistan, Iran, and Central Asia,” Brahma Chellaney, professor of strategic studies at the Centre for Policy Research, told Reuters on Monday. Afghanistan is home to particularly vast reserves of rare earth metals, critical in the manufacturing of high tech products like mobile phone batteries. Chinese officials have long expressed interest in expanding their domination of the rare earth market and, as recently as last week, Chinese government publications described Beijing’s interests in the industry in Afghanistan as a prime motivator in diplomacy. 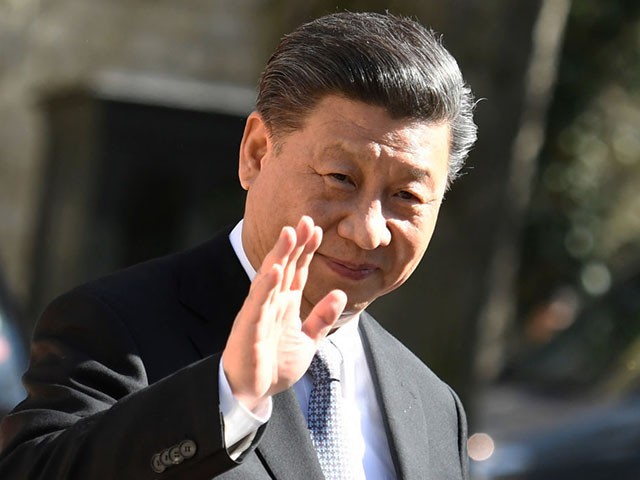 Chinese president Xi Jinping waves as he arrives for a meeting with French French Prime minister at the Matignon hotel in Paris on March 26, 2019. (Photo by Bertrand GUAY / AFP) (Photo credit should read BERTRAND GUAY/AFP/Getty Images)

The Chinese Foreign Ministry issued a bizarre statement on August 16, the first day it held its regular press conference after the Taliban took over the country, vowing that the Communist Party would “respect the will and choice of the Afghan people.” Spokeswoman Hua Chunying confirmed diplomatic conversations between the Communist Party and Taliban terrorists but avoided recognizing the Taliban as the legitimate government of Afghanistan, instead repeating, “China respects the Afghan people’s right to decide on their own future independently.”

The Taliban did not come to power through elections and its spokesmen have confirmed they have no plans to ever hold elections, as democracy is incompatible with their interpretation of sharia, or the Islamic law.

Several analysts speaking to CNBC on Monday concluded, like those speaking to Reuters and Pajhwok, that Beijing would be open to recognizing the Taliban as legitimate “at some point” so long as they behaved “normally,” meaning that they did not engage in widespread human rights abuses that would embarrass China. China is the world’s most prolific human rights abuser and is currently engaging in genocide against the ethnic Uyghur people of western Xinjiang.

Russia’s relationship with the Taliban is more complicated given the history of war between the Soviet Union and the mujihadeen forces that eventually became the modern Taliban. Russia, unlike China, also has radical Islamist elements engaging in terrorism in its restive Chechnya region and topped the list of non-Muslim countries attracting foreign recruits to the Islamic State at the height of that group’s “caliphate” in Iraq and Syria. 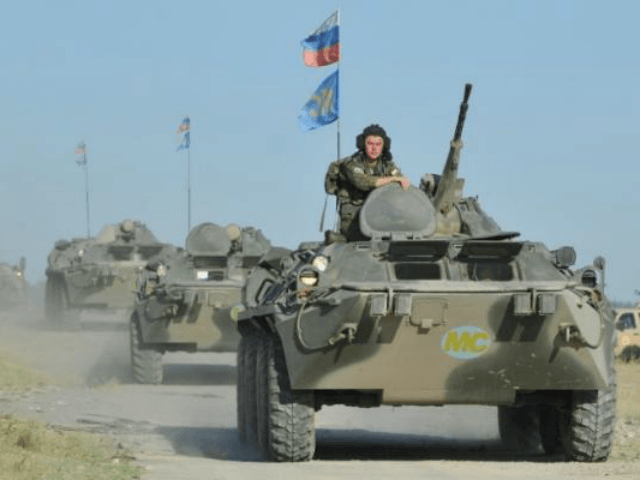 Russia has also designated the Taliban a terrorist organization, complicating its potential status as a legitimate government. As of July, Kremlin spokesman Dmitry Peskov said that the Putin regime had “nothing new” on any plans to lift the designation in the near future. The Kremlin has not weighed in on any potential changes in the aftermath of the Taliban’s takeover of Kabul. Zamir Kabulov, Putin’s special envoy to Afghanistan, did hint that legitimacy for the Taliban in the eyes of Moscow remains a possibility.

“The Russian leadership will make a decision on recognizing the regime of the Taliban movement, depending on how responsibly they will govern the country,” Kabulov said following the Taliban victory in the country, without elaborating. “No one is going to hurry in this regard. The recognition or the non-recognition will depend on the behavior of the new authorities.”

Reports of Russian attempts to build a relationship with the Taliban go as far as 2007, presumably in an attempt to leverage the Taliban’s opposition to the United States.

“We had a common enemy,” an unnamed “senior Taliban official” told Reuters that year. “We needed support to get rid of the United States and its allies in Afghanistan and Russia wanted all foreign troops to leave Afghanistan as quickly as possible.”

More recently, Russia has — like China — attempted to insert itself into the next phase of the Afghan conflict in light of President Donald Trump signing an agreement with the Taliban that would have seen American forces leave the country by May 1, 2021. Biden broke the deal and changed the date, first to September 11, then to August 31. Last week, Biden suggested American troops would have to remain in the country beyond August 31.

Russia participated in what it called an “extended Troika conference on Afghanistan reconciliation” in April in Qatar, home to the Taliban’s political headquarters during the time of the Republic of Afghanistan, in April, the same month Biden announced he would break the withdrawal agreement with the Taliban.

Following the Taliban’s victory in Kabul, the Russian Foreign Ministry issued remarks stating the Taliban would “restory public order” and appearing to describe the terrorist group’s conquest as a “stabilizing” development for Afghanistan. Russian Ambassador to Afghanistan Dmitry Zhirnov also repeatedly disparaged the former Afghan government, and particularly fleeing ex-President Ashraf Ghani, while assuring allied Afghan neighbors that Russia does not consider the Taliban a threat to state neighbors.