Vice President Kamala Harris touched down in Singapore early Sunday morning to begin her tour of Asia, with traveling officials saying she will offer reassurances of Washington’s commitment to the region against a backdrop of the chaotic U.S. retreat from Afghanistan and Taliban takeover.

The hardline Islamists’ swift return to power a week ago, and desperate scenes of thousands trying to flee, have cast deep shadows over the Biden administration and its dependability or otherwise to stand with allies in the face of global threats.

According to officials quoted by AFP, the vice president’s trip, which includes stops in Singapore and Vietnam, will seek to allay those concerns. 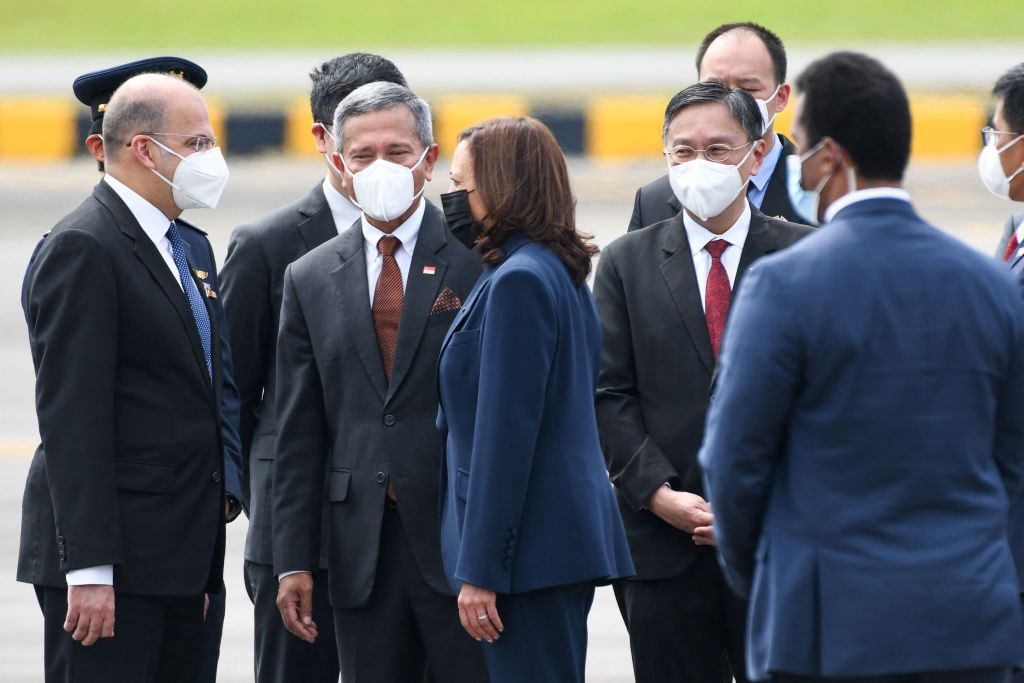 “The vice president will make clear throughout the trip that we do have an enduring commitment to the region,” said a senior U.S. official quoted by the wire service.

The Vietnam leg has sparked criticism, with some accusing Harris of being tone-deaf for visiting the communist country as U.S. forces struggle to evacuate Americans, other foreigners and Afghan allies from Kabul airport.

The crisis mirrors the trauma of 1975 Saigon, when U.S. helicopters ferried final evacuees from the embassy roof, as Viet Cong troops advanced.

Despite the building human tragedy, Harris is yet to make any direct comment on events as they unfold.

Vice President Kamala Harris claimed a “key role” in the decision to withdraw from Afghanistan, but she has yet to make a public statement upon the Taliban overrunning Kabul Sunday. https://t.co/mViTQJNeO6

At a time when China is challenging U.S. political sway and naval dominance in the Indo-Pacific region, Southeast Asia remains “strategically important and economically important to this country”, said a White House official, who asked not to be named.

“That hasn’t changed with Afghanistan.”

During the Singapore leg of her trip, Harris will meet the president and prime minister and make a stop at the Changi Naval Base, where she’ll address U.S. sailors aboard the visiting USS Tulsa.

She arrives in Hanoi late Tuesday, and will be the first U.S. vice president to visit Vietnam.