The Taliban terror group’s reconquering of Kabul on Sunday broke the “shackles” of a “cultural enslavement” Afghanistan endured since the U.S. invaded the country in 2001, Pakistan Prime Minister Imran Khan, a hardline Islamist, argued on Monday.

“You take over the other culture and become psychologically subservient. When that happens, please remember, it is worse than actual slavery. It is harder to throw off the chains of cultural enslavement,” Khan said in Islamabad on August 16, at a ceremony introducing a new curriculum in Pakistani schools based primarily on the Urdu language and Islamic religious values:

He compared a previous Pakistani curriculum that favored students who learned not in Urdu but in English to the alleged “cultural enslavement” of Afghanistan by the West.

“What is happening in Afghanistan now, they have broken the shackles of slavery,” Pakistan’s prime minister continued.

Khan referred to the Taliban terror group’s takeover of Kabul, the Afghan national capital and seat of the country’s government, on August 15. The group’s victory appears to have ended the 20-year Afghan War, though President Joe Biden deployed an extra 2,000 troops into the country this weekend. The Afghan War began in the fall of 2001 with the ouster of the Taliban from the country’s government in response to the jihadist attacks on America on September 11 of that year. The two-decade-long campaign saw the U.S. and allied NATO forces attempt to remake Afghanistan in the image of a secular, Western society.

Observers and foreign governments, such as that of India, have long accused Pakistan of harboring Taliban and al-Qaeda terrorists within its borders. The U.S. justified its 2001 invasion of Afghanistan by accusing the Taliban of “harboring” al-Qaeda and its leader at the time, Osama bin Laden, responsible for terror attacks on the U.S. on September 11, 2001. The U.S. government eventually tracked bin Laden to Pakistan, where a special operations team neutralized the figure in May 2011. Pakistan Prime Minister Khan recently described the operation that killed bin Laden as “embarrassing” and referred to the man as a “martyr.” 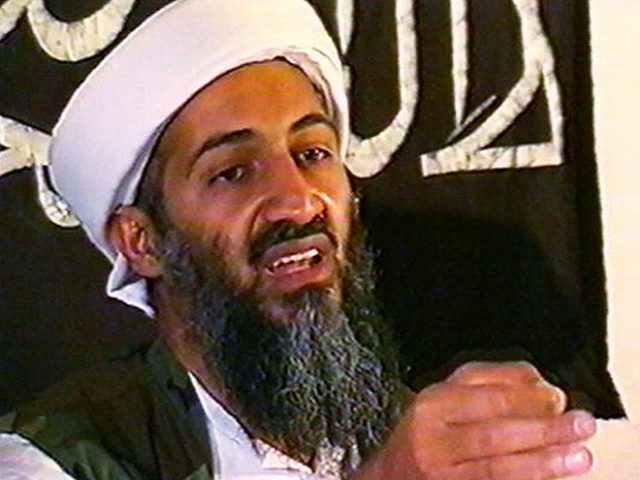 This image taken from a collection of videotapes obtained by CNN shows Osama Bin Laden, the leader of the terrorist group al Qaeda, at a press conference on May 26, 1998, in Afghanistan. (Photo by CNN via Getty Images)

“I don’t think there’s a country which supported the war on terror and had to face embarrassment for it. Pakistan was also openly blamed for U.S.’ failure in Afghanistan,” he said on June 24. “For Pakistanis across the globe, it was an embarrassing moment when the Americans came and killed Osama bin Laden at Abbottabad … martyred him.”

More recently, Khan said the U.S. “really messed it up in Afghanistan” by assuming it could keep the Taliban from resuming power over the country late last month. The U.S. government was mistaken to “look for a military solution in Afghanistan when there never was one,” the prime minister said in an interview with PBS NewsHour on July 27.

Khan on August 11 expressed frustration that U.S. President Joe Biden had not called him to discuss the deteriorating security situation in Afghanistan as America withdrew its troops from the country ahead of the Taliban’s takeover of Kabul on August 15.

“I keep hearing that President Biden hasn’t called me. It’s his business. It’s not like I am waiting for any phone call,” the prime minister told reporters.