Australia announced Monday it is despatching an “air bridge” to Afghanistan designed to combine military, customs, immigration and consular staff to extract hundreds of people from the volatile capital Kabul.

Three transport and air-to-air refueling jets with 250 military personnel will be critical assets in the plan to repatriate more than 130 Australians and their families from Afghanistan, officials said on Monday. An Australian Defence Force (ADF) statement said:

A KC-30A departed Amberley today (16 August 2021) for Australia’s main operating base in the Middle East and will commence refuelling operations in support of the wider US-led operation later this week.

Two C-17A Globemasters will also depart for the Middle East later this week.

NEWS.com reports Afghan interpreters who worked with Australian forces and diplomatic staff as well as contractors will be a priority for evacuation.

Australians working for charities inside the country as well as journalists and some dual citizens will also be offered an exit route out of Afghanistan. 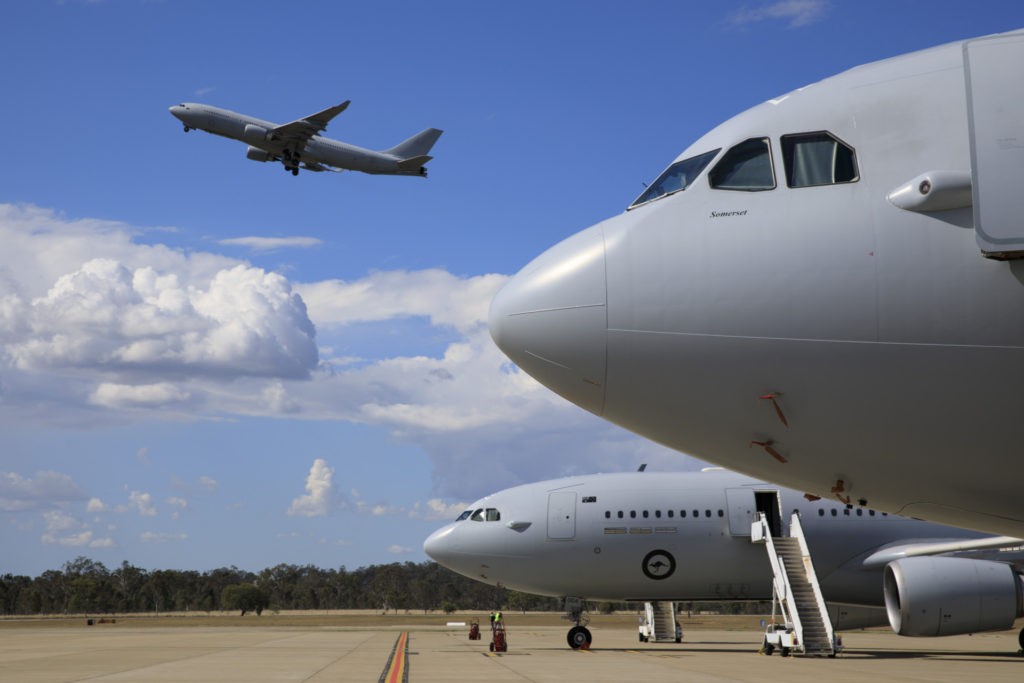 A KC-30A Multi-Role Tanker Transport aircraft takes off at RAAF Base Amberley bound for the Middle East to support evacuation efforts in Afghanistan.  On arrival the in the Middle East the aircraft will support Coalition operations with an air-to-air refuelling capability. (CPL Brett Sherriff/ADF)

The RAAF planes are set to arrive at Kabul International Airport within days. Keeping the airport in Government hands is crucial to the success of the mercy dashes.

Australia is also working to evacuate an undisclosed number of refugees, Australian Prime Minister Scott Morrison said in a statement, adding the country is working alongside “U.S., UK, Canada, and other allies and partners.”

Morrison continued by saying “the Taliban’s leadership is responsible and accountable for the conduct of its forces.

“Those preparing to leave the country must be able to do so without threat or hinderance. We will continue to work with key partners in the days ahead to enable this safe passage.”