A former Afghan ambassador told the Wall Street Journal this week that Afghan troops are quitting in droves in the face of mounting Taliban attacks because “they haven’t even been fed properly” by their “corrupt” government.

Afghanistan’s National Defense and Security Forces (ANDSF), the government’s official military, has endured a rapidly growing series of defeats at the hands of the Taliban – many of them without putting up a fight – between May and August of this year. American forces, in the country for the past two decades in response to the September 11, 2001, terrorist attacks, had agreed to withdraw from the country fully by May 1 under President Donald Trump in a deal cut with Taliban leaders that required the latter to cease attacks on foreign troops and cut ties to international jihadist organizations like al-Qaeda.

Trump’s successor Joe Biden broke the deal, extending the U.S. military presence through September 11, 2021. Biden recently revised that deadline to August 31. In response, the Taliban declared the agreement null and void and began a campaign to overthrow the legitimate Afghan government. Taliban leaders claimed, as of late July, to be in control of as much as 90 percent of Afghanistan’s border and have escalated attempts at diplomacy with the country’s neighbors accordingly.

The administration of Afghan President Ashraf Ghani has repeatedly blamed the United States for its “sudden” two-decade decision to leave the country for the Taliban’s advances. The Afghan government’s statistics show that the Taliban executed over 22,000 attacks on the Afghan military between March and July 2021.

In contrast, former Afghan Ambassador to London Ahmad Wali Massoud told the Wall Street Journal that Ghani’s government is to blame for the Taliban’s success because Afghan soldiers simply do not have the will to fight. 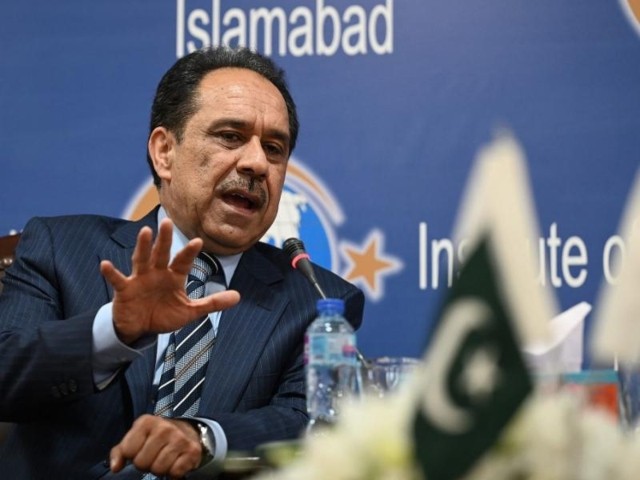 “There is no motivation for the army to fight for the corrupt government and corrupt politicians here,” Massoud lamented. “They are not fighting for Ghani. They haven’t even been fed properly. Why should they fight? For what?”

Massoud concluded the soldiers believed they were “better off with the Taliban, which is why they are switching sides like that.”

The allegation that the Afghan government, which is largely funded by the United States, is not spending money to feed its own army raises questions regarding where U.S. taxpayers’ dollars meant for the defense of the nation are going. The office of the U.S. Special Inspector General for Afghanistan Reconstruction (SIGAR), a Washington watchdog tasked with monitoring that money, has repeatedly accused the regime of corruption and waste, from money simply vanishing from public coffers to being spent on useless infrastructure including incorrectly dimensioned soccer stadiums and staircases in one-story buildings.

The U.S. SIGAR himself, John Sopko, accused the Pentagon of “hubris” and distorting on-the-ground data to make the Afghan security forces appear more prepared and competent than they actually were in a blistering assessment in July.

Some in the Afghan government have admitted to corruption being the answer to that question. Ghani’s finance minister, Mohammad Khalid Painda, said in May that he believed the Afghan government was embezzling $8 million a day. He included local officials embezzling in that tally, not just Kabul’s top leaders, and claimed a significant portion of government money was going “to the mafia and the Taliban.”

Painda abruptly quit his job on Wednesday and fled the country.

The Afghan military has not only failed to prevent a Taliban advance but has increasingly chosen not to bother trying. During a Taliban attack in the north of the country in July, over 1,000 Afghan soldiers fled the battlefield, running into neighboring Tajikistan and seeking asylum. The incident alarmed Tajik officials, who immediately requested Russian military aid to prevent a migrant crisis on their border.

Elsewhere in the country, provincial capitals have fallen with little fighting. Taliban jihadists claimed to have conquered six provincial capitals in the past week, including three on Sunday alone. The most strategically significant capital to fall is Kunduz, a city of nearly 300,000 people. Each victory has included the takeover of local jails and prisons, allowing the Taliban to free imprisoned jihadis and increase their fighting numbers.

Local officials in several recently conquered territories accused Kabul of refusing to provide adequate security when the Taliban had all but telegraphed an invasion.

“The central and local governments have paid no attention. The security forces did not even have food while they were under siege,” Yar Mohammad Maihanparast, the head of the Sar-e-Pul residents’ council in Kabul, told Afghanistan’s Tolo News on Monday. Sar-e-Pul was one of the six regional capitals to fall this weekend. Tolo noted that other regional officials believed Kabul deliberately surrendered the territory “due to a deal.”

Despite the abundance of evidence against his competence, Ghani has repeatedly put the blame for the current situation on the United States.

“The reason for our current situation is that the decision was taken abruptly,” Ghani said in remarks in early August, referring to the U.S. decision to withdraw troops. Ghani claimed he had a “six-month plan” to defeat the Taliban now hindered by the U.S. withdrawal.

The Taliban responded to his remarks by calling them “nonsense.”

Biden addressed Kabul’s complaints in remarks on Tuesday at the White House, stating he has no regrets in removing troops from the country.