State broadcaster China Central Television (CCTV) asked a female Chinese shot putter who had just won an Olympic gold medal in her field when she plans to start “a woman’s life” during a post-competition interview on Sunday, the Guardian reported Friday.

CCTV launched its coverage of Gong Lijiao’s historic Olympic win on August 1 with a segment in which its sports correspondent, Lu You, told the studio Gong “looked like a nuhanzi, a Chinese slang term that translates to ‘masculine woman,'” according to the Chinese news site SupChina. CCTV then cut to footage of a pre-recorded interview between Gong and Lu in which Gong said she “may look like a manly woman on the outside, but inside I’m still more of a girl.” 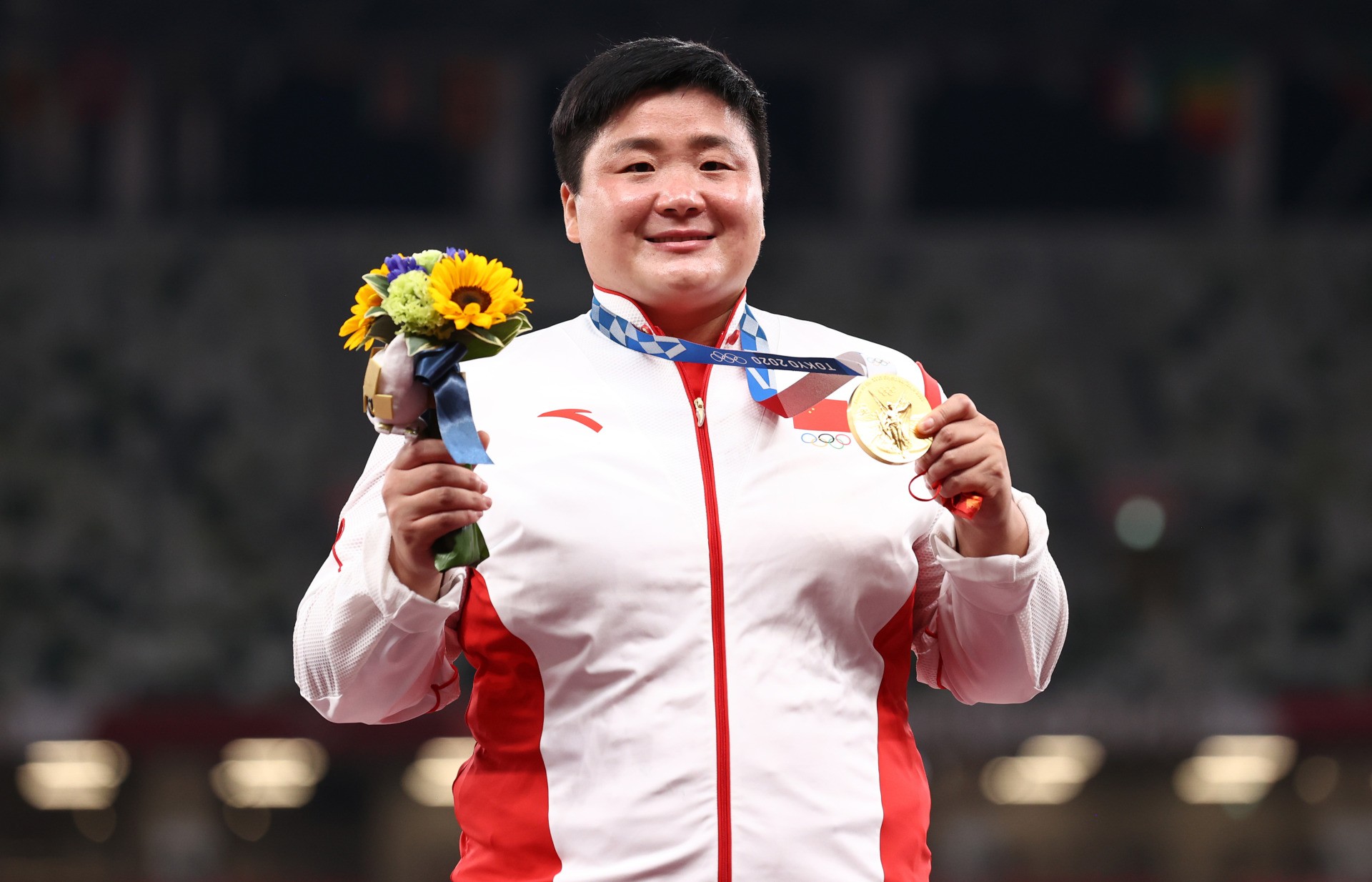 TOKYO, JAPAN – AUGUST 01: Lijiao Gong of Team China celebrates with the gold medal during the medal ceremony for the Women’s Shot Put on day nine of the Tokyo 2020 Olympic Games at Olympic Stadium on August 01, 2021 in Tokyo, Japan. (Ryan Pierse/Getty Images)

Lu then asked Gong if she “had plans for ‘a woman’s life.'”

“Since you needed to be a manly woman for shot put, do you feel you can be yourself from now on?” another female reporter off-camera chimed in.

“If I don’t train, then perhaps I will lose weight, get married, and have children. Yes, it’s the path one must take in life,” she said.

“Lu and her videographer refused to call it a day, proceeding to ask Gong what she was looking for in a prospective partner and if they would be intimidated by her in arm wrestling,” according to SupChina.

“I’m not going to arm-wrestle my partner. I’m a gentle person,” Gong said in response.

Gong Lijiao, 32, won a gold medal in the Tokyo 2020 women’s shot put event on August 1 with a personal best record of 20.58 meters (67.52 feet). Her victory provided China with its first-ever Olympic gold medal in a field event for any Chinese athlete. Gong’s win also made her the first-ever Asian athlete to score Olympic gold in shot put.

CCTV’s decision to focus on Gong’s marriage prospects and physical appearance during its interview of the athlete on Sunday caused a firestorm on Chinese social media this week, with many netizens expressing offense on her behalf. The hashtag “Are women only limited to talk about marriage” garnered over 350 million “views” on Weibo, China’s version of Twitter, and produced more than 161,000 comments as of August 5.

“Some only care about Gong’s figure and uterus whilst she is on the track of achieving her dream,” wrote one Weibo user.

“It’s not that she can’t get married, but that few men in this session are worthy of her,” another post read.

“She is too good to marry any of them. Women are entitled to talk much more than just marriage, like our dream and success,” the statement continued.

Gong replied to this social media post, writing, “This expresses how I feel, thank you!”