The chief executive officer of the Tokyo 2020 Olympics went public Wednesday with his concerns over the spread of the deadly coronavirus, saying he was  “extremely worried” about its possible effect on this year’s games.

Toshiro Muto said he hoped the outbreak in China would be quickly contained to restore confidence in the run-up to Asia’s showpiece summer event.

“We are extremely worried in the sense that the spread of the infectious virus could pour cold water on momentum for the Games,” he said before a meeting with the International Paralympic Committee (IPC).

“I hope that it can be eradicated as quickly as possible. We plan to cooperate with the IOC (International Olympic Committee), the IPC, the government and the city of Tokyo to tackle the disease.”

More than 20 countries have confirmed cases of the pathogen, which has killed nearly 500 people and infected at least 24,000 in mainland China, while several qualification events have already been impacted due to the virus, as Breitbart News reported.

Women’s soccer and women’s basketball games were moved to Australia and Serbia, respectively in January. The soccer games were previously moved from Wuhan, at the center of the outbreak, to Nanjing. Boxing tournaments for the Asia and Oceania regions will be held in Jordan in March.

Saburo Kawabuchi, the mayor of the Athletes’ Village where an expected 11,000 sportsmen and women will stay, acknowledged the viral threat but sought to strike a positive tone. 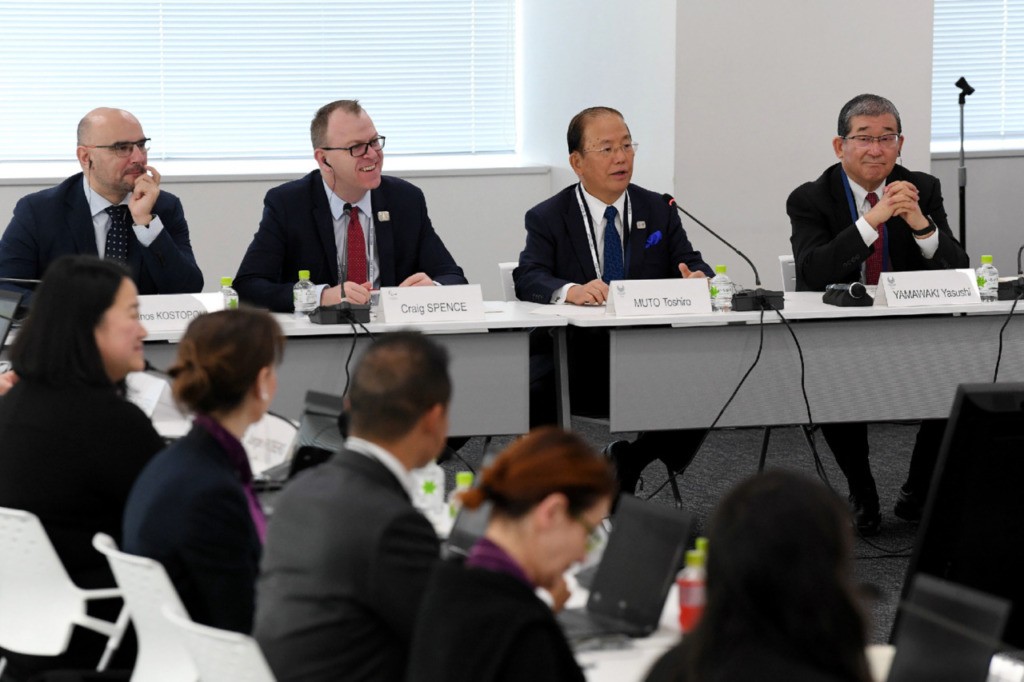 Chief Executive Officer of the Tokyo Olympics Toshiro Muto (2nd R) and Craig Spence (2nd L), head of communications of the International Paralympic Committee (IPC) attend the IPC project review meeting for the Tokyo 2020 Paralympic Games in Tokyo on February 5, 2020. – The chief executive officer of the Tokyo Olympics admitted on February 5 that organisers are “extremely worried” about the possible effect of the deadly new coronavirus on this summer’s Games. (STR/JIJI PRESS/AFP via Getty Images)

“I hope from my heart that we can overcome this (virus) and have a smooth Olympics,” said the former Japanese football chief. “We will do our everything we can to protect the athletes to allow them to produce their best performances.”

Tokyo governor Yuriko Koike promised at the weekend to implement “thorough measures” to protect people from the threat posed by coronavirus in the run-up to the Olympics.

The modern Olympics, dating from 1896, have been called off during wartime and faced boycotts in 1980 and 1984. They have evolved in the last few decades into a multi-billion dollar event with massive investments from television and sponsors.

About 11,000 athletes will attend the Olympics in the Japanese capital.

Future sports events in China now under threat include a qualifying game for soccer’s 2022 World Cup on March 26, against Maldives, and the China Open golf tournament, part of the European Tour, on April 23-26 in Shenzen.