The Chinese government, through its state media outlets, announced on Tuesday that it has partnered with a popular domestic cartoon streaming service to produce a series titled The Leader, retelling the story of Karl Marx’s life in the form of an anime presenting him as a young, approachable romantic.

The series reportedly seeks to celebrate Marx as 2018, the 200th year since his birth, comes to a close, and to replace the image that most Chinese have of the philosopher in their minds as an old, heavy, bearded white man. The Karl Marx featured in promotional content for The Leader appears similar to the heroes in most anime series.

Anime is a form of animation originating in Japan that has since become extremely popular around the world. Bilibili features streams of a variety of anime series, though it also promotes live-action content on its pages. 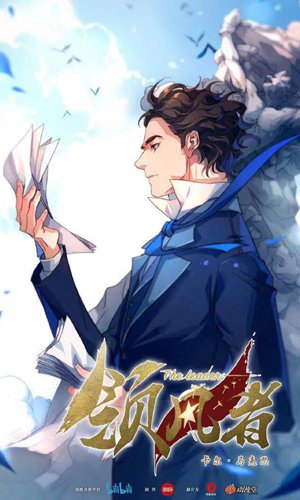 “We don’t think works promoting mainstream values will lose their market, as it can also be thrilling and attractive,” Pan Bin, the president of the production company that developed the series, told the Global Times, a Chinese government newspaper.

Bilibili, in its announcement about the series debut, called Marx the “millennium’s greatest thinker” and emphasized that The Leader will aspire to portray Marx as a multifaceted person, not merely describe his ideology and classist theory. His marriage and relationship with Friedrich Engels, with whom he co-wrote “The Communist Manifesto,” will reportedly feature prominently in the series.

“China, as a country deeply influenced by Marxism, has held a number of symposiums and streamed documentaries this year to pay tribute to the great thinker,” the Global Times notes, adding that a trailer for The Leader already has 14,000 likes on Bilibili.

The South China Morning Post notes that the announcement of the series on Weibo, China’s largest social media outlet, did not offer a debut date or time for the series, stating that it will be available “soon.” Nor did the notification state how many episodes will appear in the series or whether it would have only one season or be expanded into a larger narrative.

The Morning Post reports that several Chinese state agencies were involved in the creation of the series, including Beijing’s “Marxism office,” and quotes the Bilibili announcement on Weibo declaring Marx a “great man” worthy of being animated.

“Marx was a great man standing upright between heaven and earth, whose ideological system established through his entire life awakened all sleeping proletariat across the world and deeply influenced the historical development of the world,” the company said.

Bilibili already features videos on Karl Marx’s life, though most appear to be live action documentaries about how he developed his philosophies. Its hosting of communist content has not prevented the streaming service from attracting negative attention from the government, however. In July, the Communist Party temporarily removed the Bilibili app from most domestic platforms for allegedly violating government norms against “vulgar” content. The service issued a statement after having access to its app restored stating that it had deleted all content the government disapproved of and made “special rectifications.”

“How to make Marxism attractive to the Chinese youth? Maybe a rap!” the Chinese state outlet Xinhua declared at the time, describing the video as part of a larger propaganda effort dubbed “Marx Is Trustworthy.”

Xi also ordered the rewriting and publishing of elementary school textbooks to indoctrinate children to serve the Communist Party at a young age, as well as to expose children to traditional Chinese medicine, Confucianism, and other elements of Chinese culture that some books had substituted for modern developments.

Xi has called for a “new era” of socialism, which he outlined last year in a philosophy, now part of the Chinese constitution, officially known as “Xi Jinping Thought on Socialism with Chinese Characteristics for a New Era.” Xi’s theory deviates from traditional Marxism in that, while upholding communist principles, it actively replaces Western figures like Marx with Xi Jinping himself.