The Sudan military announced Sunday it would reinstate Prime Minister Abdalla Hamdok, roughly a month after it deposed him and seized power from the transitional government he presided over.

The junta killed dozens of people while it struggled to put down massive protests against the coup.

Hamdok’s return was the result of “weeks of negotiations” with junta leaders, according to Deutsche Welle (DW). Hamdok said he accepted the deal proffered on Sunday to avoid further bloodshed:

“Sudanese blood is precious, let us stop the bloodshed and direct the youth’s energy into building and development,” Hamdok said on Sunday.

The country’s top military leader, General Abdel Fattah Burhan, thanked Hamdok for his service and said the prime minister “was patient with us until we reached this moment.”

The 14-point deal also includes a pledge from the military that all political detainees would be released.

Hamdok has been under house arrest since the coup on October 25. A military official said on Sunday that his house arrest has been “lifted” and “the forces guarding his house have withdrawn.”

Protests continued even after the military announced Hamdok’s return as pro-democracy groups insisted the coup leaders should be stripped of their authority and prosecuted for their actions. 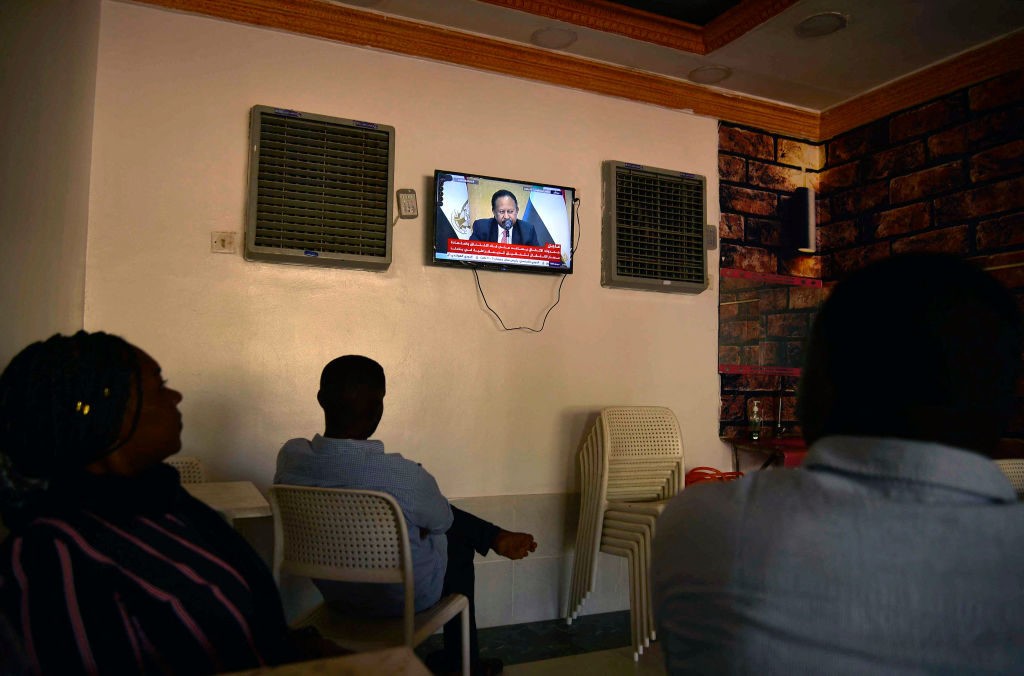 Sudanese people watch a live broadcast of Prime Minister Abdalla Hamdok during a deal-signing ceremony to restore the transition to civilian rule in the country, at a coffee shop in the capital Khartoum, on November 21, 2021. (AFP via Getty Images)

Military forces met a march on the presidential palace in Khartoum on Sunday with rubber bullets and tear gas and did the same to large demonstrations in the cities of Omdurman and Bahri. At least one teenage protester in Omdurman was reportedly killed.

“We affirm our clear and previously declared position that there is no negotiation, no partnership, no legitimacy for the coup. We are not concerned with any agreements with this brute junta and we are employing all peaceful and creative methods to bring it down,” declared an influential activist group called the Forces for the Declaration of Freedom and Change.

Other opponents of the junta accused Hamdok of “selling out the revolution” and letting his supporters down by cutting a deal with coup leaders. The influential Sudanese Professionals Association denounced Hamdok’s agreement with the junta as “treacherous.” 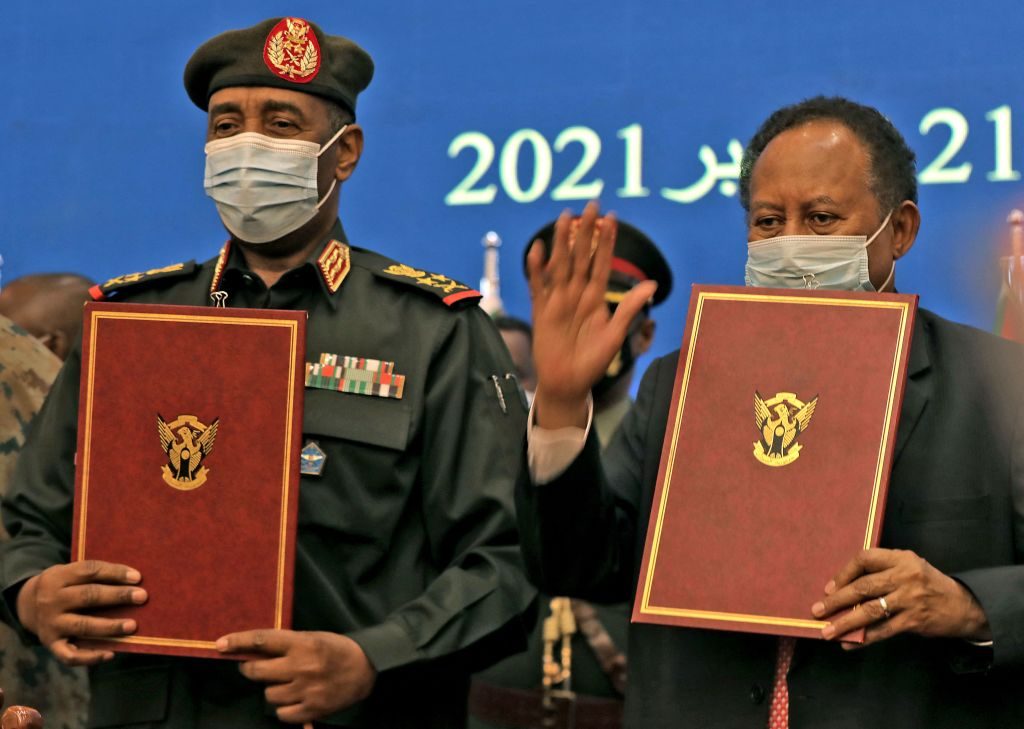 Sudan’s top general Abdel Fattah al-Burhan (L) and Prime Minister Abdalla Hamdok lift documents during a deal-signing ceremony to restore the transition to civilian rule in the country in the capital Khartoum, on November 21, 2021. (AFP via Getty Images)

The Central Committee of Sudan Doctors (CCSD) reported on Sunday there have been at least 40 fatalities since October 25. 16 of them occurred on November 17, the bloodiest day of the coup.

The report condemned November 17 as a “massacre by security forces” and dismissed claims by security officials that “police used minimal force and tear gas, and never used a firearm” against demonstrators. CCSD said there over 100 serious injuries on that one day, many of them inflicted by live ammunition and “bullet debris.”