A Colombian nun kidnapped and held hostage by a Mali affiliate of Al-Qaeda in 2017 was recently freed, the office of the Malian presidency announced Sunday.

An Al-Qaeda offshoot in Mali called the Macina Liberation Front kidnapped Gloria Cecilia Narvaez in February 2017 near Mali’s border with Burkina Faso. She was subsequently held hostage by the Islamist militants for nearly five years.

“The presidency of Mali salutes the courage and bravery of the nun. This liberation is the crowning achievement of four years and eight months of combined efforts by several intelligence services,” Mali’s presidential office said in a statement issued October 10.

Narvaez told Malian state TV, which captured the meeting, that she was “grateful” to Malian government officials “for all the efforts you’ve made to liberate me.”

“I am very happy, I stayed healthy for five years, thank God,” the Franciscan nun, 59, added.

Narvaez pleaded for assistance from Pope Francis in a video released by her captors in late January 2018.

“I ask you to help with my freedom and do the impossible and get them to release me,” the Catholic missionary stated in the video.

Narvaez’s eventual release nearly four years after she asked for Pope Francis’s aid seems to indicate the Catholic leader did not take the nun’s request seriously. It remains unknown if Pope Francis supported any actions that led to Narvaez’s liberation, though he did receive the missionary for an in-person meeting at the Vatican on October 10. 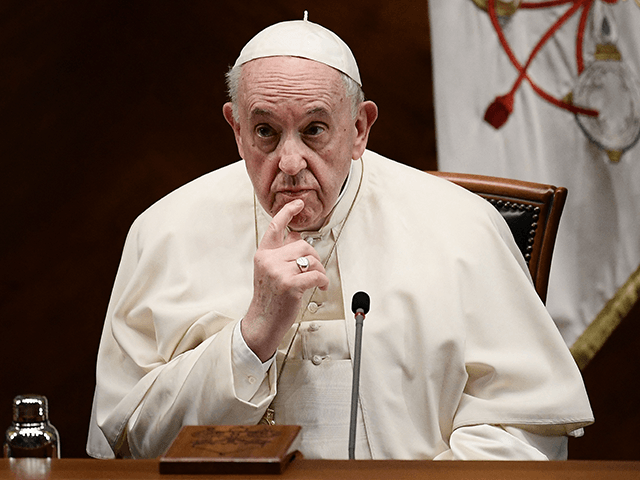 Pope Francis ponders during the inauguration of a UNESCO chair at the Pontifical Lateran University on October 7, 2021, in Rome. (Photo by Filippo Monteforte/AFP via Getty Images)

“The Vatican said in a statement that Francis met Sister Gloria Cecilia Narvaez in St. Peter’s Basilica just before he celebrated Mass there to open a two-year worldwide consultation on the Catholic Church’s future,” Reuters reported of the encounter.

The January 2018 video in which Narvaez asked Pope Francis to intercede on her behalf and help arrange her rescue concludes with the nun’s captors reading a quote by late Al-Qaeda leader Osama bin Laden. 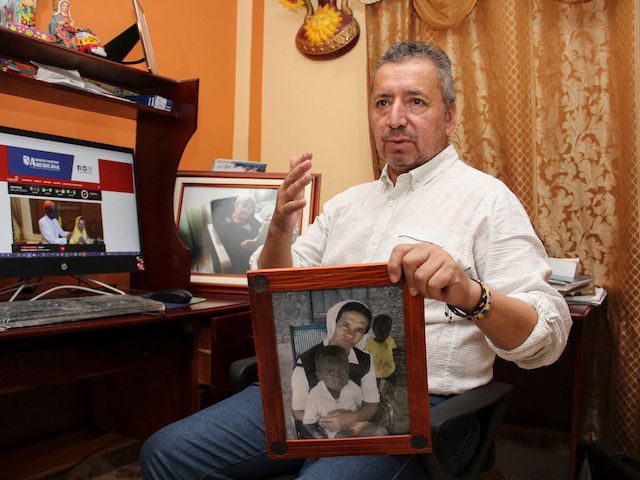 Navaraez’s kidnappers in July 2017 requested a ransom for her release, suggesting the nun’s family “organize for money to be sent and hinted at other hostages who were let go following payouts from humanitarian organizations,” the Daily Mail reported.

“Kidnapping has been a lucrative source of cash for Islamist groups in West Africa’s Sahel region, where they are waging an expanding insurgency against national armies, French forces and U.N. peacekeepers,” Reuters noted Sunday.

Mali’s presidential office did not specify if a ransom was paid for Narvaez’s release when announcing the development on October 10.