ROME — Pope Francis expressed his sorrow over jihadist attacks in northern Nigeria that claimed more than 50 lives over the weekend.

“I learned with sorrow of the news of the armed attacks last Sunday against the villages of Madamai and Abun, in northern Nigeria,” the pope said following his General Audience in the Vatican Wednesday.

“I pray for those who have died, for those who were wounded, and for the entire Nigerian population,” he said. “I hope that the safety of every citizen might be guaranteed in the country.”

Unidentified men armed with guns and machetes killed 34 residents Sunday in the Kaduna State village of Madamai, local media reported, while others attacked the neighboring village of Abum. 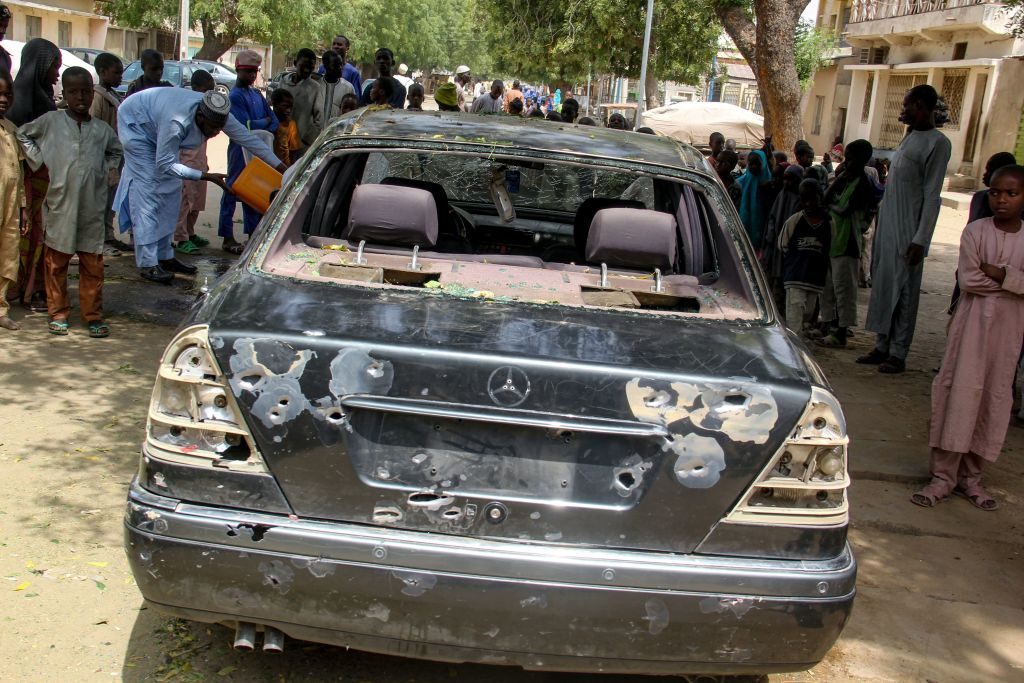 The wreckage of a car hit by an attack led by Boko Haram members is seen surrounded by residents of the Adam Kolo district of Maiduguri on February 24, 2021. (STRINGER/AFP via Getty Images)

One resident said he counted a total of 44 corpses in the local mortuary from the two attacks.

Meanwhile, eight others were killed in the nearby local government area of Zangon Kataf.

Kaduna state security commissioner Samuel Aruwan confirmed the deaths in a communiqué, adding that seven others had sustained injuries from the Madamai attack. The assailants also set a number of houses ablaze, three of which were saved by security forces.

That same day, militants from an offshoot of the jihadist Boko Haram terror group raided a Nigerian military base in northwestern Sokoto state near the Niger border, killing 22 people: 14 soldiers, 5 policemen and three members of the civil defense forces. 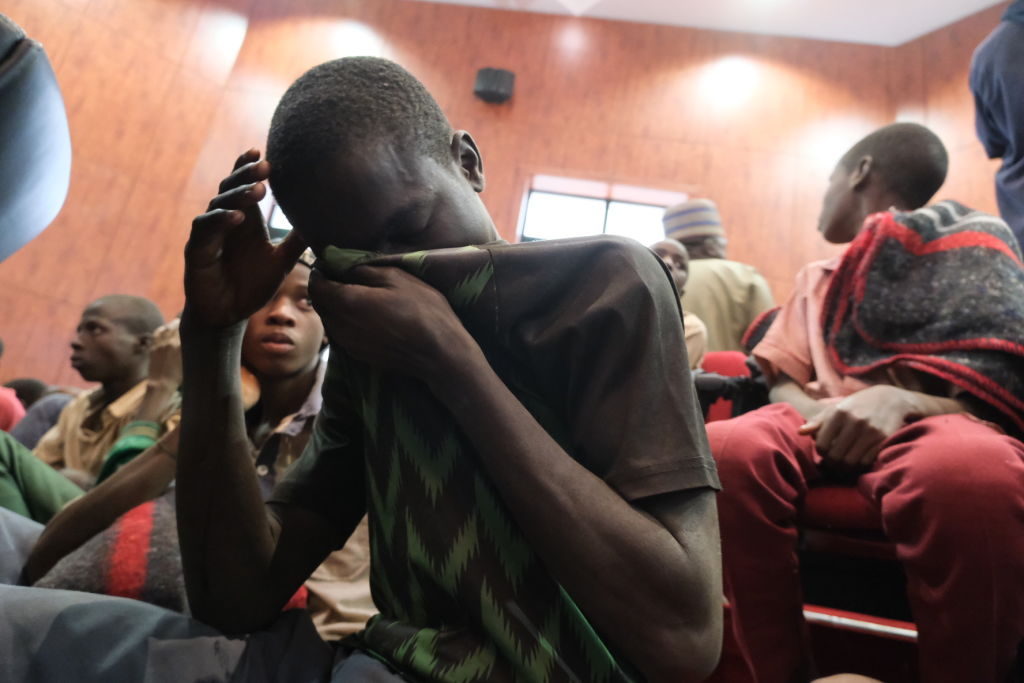 A distressed child covers his face while gathering at the Government House with other students from the Government Science Secondary school, in Kankara, in northwestern Katsina State, Nigeria upon their release on December 18, 2020. More than 300 Nigerian schoolboys were released on Thursday after being abducted in an attack claimed by Boko Haram. (KOLA SULAIMON/AFP via Getty)

In an effort to take some action to curb the ongoing violence, the Kaduna State Government has banned the use of motorcycles for commercial and personal purposes, since they are so often used in the raids on villages, Nigerian media reported Thursday.

News of the measure was given by the same Kaduna State Commissioner for Internal Security and Home Affairs, Samuel Aruwan, following the weekend’s massacres.